When it's time to pay for copyright infringement: the new "fork in the road" under Colombian law

The Colombian Constitutional Court has issued a ruling (C-345-19) that recognizes the constitutionality of statutory damages for copyright infringement, which was included as part of the latest amendments to the national copyright law. The Court also provided for a 12-month term for the government to promulgate implementing regulations.

Last year, the most significant modification yet to the Colombian Copyright Law (Law 23/1982) entered into force through the passing of Law 1915/2018. Amongst the long-awaited changes included was the establishment of compensation system (akin to statutory damages) for copyright infringement cases (pursuant to Article 32). A pre-established compensation system was first applied by the courts in industrial property cases (most notably trademark infringement matters), and it has proven successful. The purpose is to move the burden of proving the quantum of damages to the judge, thereby making the litigation process more affordable (although it must be noted that the pre-established amounts tend to be smaller those awarded under the general rules of compensation). 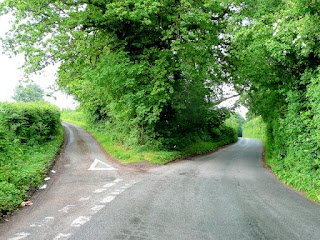 In considering the constitutionality of the issue, Jorge Alonso Garrido Abad ( the plaintiff) argued that the existence of two different ways ( statutory damages and a compensation system) to support the same claim for monetary relief, whereby only the plaintiff is in a position to choose, is a violation of both the right to equality and due process. He also argued that the 12-month term as the limit for the government to carry out the implementing regulations violates the government’s regulatory authority, which should not be subject to any limitation of time.

The Court declared that the challenged provision is constitutional, reasoning that the Legislator has broad discretion in setting normative principles regarding intellectual property. Further, the asymmetry between the parties (as to the possibility of choosing between the pre-established system and the regular rules for compensation) is justified, all as follows--

(i) It serves the promotion of copyright and related rights, the principle of procedural economy, and the right to obtain justice with respect to the receipt of monetary compensation. This on the understanding that the affected party has the right to choose which system of compensation it prefers to facilitate these results, subject to the proviso that whenever the compensation sought through the regular rules exceeds the damage awarded, the judge may impose a sanction on the requesting party.

(ii) It is an effective means for achieving such ends; and

(iii) It is not disproportionate on its face because even when the norm establishes a different treatment as to the opportunity to select the applicable system of compensation for each party, it does not sacrifice the rights of the respondent party to defend itself. That only the plaintiff has the right to choose the system of compensation is grounded —according to the Court— on the fact that the aggrieved party shall be entitled to determine which system better suits it.

The Court stated that the right to choose the applicable system should not be enjoyed by the infringer because he would inevitably select the pre-stablished system that minimizes amount awardable as compensation.

This decision is unquestionably reasonable, because it does not prefer one system over the other. Rather, it treats them as complementary possibilities available to the plaintiff in a copyright infringement action.

Photo by Jonathan Billinger and is licensed under the Creative Commons Attribution-Share Alike 2.0 Generic license
When it's time to pay for copyright infringement: the new "fork in the road" under Colombian law

Reviewed by Neil Wilkof on Friday, October 11, 2019 Rating: 5
The IPKat licenses the use of its blog posts under a Creative Commons Attribution-Non Commercial Licence.