Paris Court on digital exhaustion and videogames
by Simon Geiregat 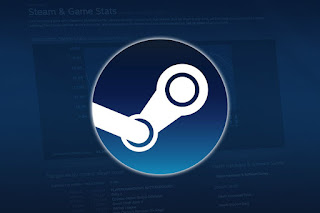 The judgment of the Paris Court of First Instance is based on both the [2001/29] InfoSoc Directive and the [2009/24] Software Directive. General conditions preventing resale were found null and void.

The CJEU Grand Chamber will soon clarify whether the copyright exhaustion rule applies to downloaded works protected by the InfoSoc Directive, and can thus be resold. That decision will come none too soon, because 7 human years (i.e. 44 cat years) have passed since the same Grand Chamber upheld in UsedSoft that downloaded software is indeed subject to that copyright exhaustion (aka first-sale) doctrine in the EU/EEA.

AG Szpunar has delivered his long-awaited opinion on the topic in the CJEU Tom Kabinet case on 10 September [Katpost here]. In line with the majority of German courts, he concluded that in current EU law, there is no place for second-hand downloadable e-books. Exactly one week after the AG’s opinion was published, the Tribunal de Grande Instance de Paris (Paris Court of First Instance) rules that a videogame distribution platform should entitle its subscribers to resell the games they paid for. The platform owners expressed their intention to appeal.

The Court upheld that various terms in the Steam Subscriber Agreement and privacy policy were illicit and/or amounted to unfair terms [see Directive 93/13] and held them void. Many were considered unfair due to a lack of transparency, some because they substantially caused a significant imbalance in the parties’ rights and obligations to the detriment of the consumer. Still others ran against statutory law.

Valve is not entitled to use any copyright-protected content generated by its users, the Court continued. Steam’s Subscriber Agreement lays down that users grant the platform owners “the worldwide, non-exclusive right to use, reproduce, modify, create derivative works from, distribute […] and otherwise communicate, and publicly display and publicly perform” content generated and made available by its users, without remuneration and for a period as long as the IP rights on that content persist. That content includes comments and feedback, but also mods, i.e. programmed software alterations users make to change aspects of videogames.

According to the judgment, Steam’s contractual terms on user-generated content were contrary to French copyright (contract) law and were therefore illicit and unfair. The court reached that conclusion because the law requires the beneficiary of a copyright transfer to specify the works subject to transfer, to spell out the exact rights transferred and its limitations in time and space [art. L131-3 IP code], and Valve has not done so.

Copyright contract law is hardly harmonised in the EU. France is among the EU Member States that traditionally provide for strong protection of authors that enter into contracts. Hence, French courts are often strict in relation to copyright contracts. Nonetheless, the Paris judgment is peculiar. First, one may wonder what else the platform owner could have stipulated in order to define the object (all user-generated content), the exploitation rights (use, reproduce, modify, create derivatives, distribute…) and limitations (worldwide and during the full term of protection) of the transaction. Second and more importantly, the court classified the terms cited as a transfer (cession) of rights whereas the granting of a “non-exclusive right” rather amounts to licensing. For copyright licences, French statutory law does not lay down stringent rules like those for transfers.

Last but not least, the Paris Court found that Valve cannot lawfully prevent Stream subscribers from transferring purchased videogames to third parties. Terms in the Subscriber Agreement that prevent this would thus be null and void.

Videogames combine elements of software and other types of protected works. Therefore, it has been long being discussed which EU copyright instrument(s) should apply to videogames: the lex generalis Infosoc Directive and/or the lex specialis [UsedSoft §51] Software Directive? The latter applies to all forms of computer programs, while the former is without prejudice to the latter. According to the judgment rendered, this means that both directives apply to videogames.

The Court continued by pointing out how both directives (art. 4.2) use similar wording to provide authors with a distribution right and to limit that right by an exhaustion rule. It correctly observed that the exhaustion rules in those directives are meant to safeguard the free movement of goods in the EU internal market. Next, it found that neither directive distinguishes between “material works and immaterial works”. It then noted that downloading a videogame file on a user’s computer constitutes a copy of a work pursuant to both directives. Thus, that work was made available with the right-holder’s consent. Hence, that rightholder can no longer control the distribution of that work (sic).

Finally, the Court scrutinised the Steam Subscriber Agreement, which (art. 1.C) lays down that platform user accounts and subscriptions are personal, non-resalable, non-licensable and non-transferable. Valve argued that their platform merely provides online services to users, and that they do not offer games for sale, legally speaking. The court quashed that reasoning by pointing out that Valve describes Steam as more than just a “sales platform” and as the market leader “in videogame distribution”. Using that terms, the Court found that Valve itself “confesses” that it sells games. In conclusion, art. 1.C runs against the exhaustion rule and is therefore void.

Having studied the complex digital exhaustion topic as a PhD theme, this humble cat cannot help mewing some critical views on this judgment. The focus will be on the reasoning, rather than the outcome of the case: as an IP law specialist, one is either a digital exhaustion believer (aka UsedSoft lover, e-resale warrior, digital property fanatic) or a non-believer, and there are equally fine arguments for both schools of thought.

First, it is striking that the Court smoothly concluded that the distribution right and exhaustion rule in the Software and InfoSoc Directive are to be interpreted identically. The InfoSoc Directive was designed to implement the 1996 WCT in the EU. In order to govern digital transmissions, the Directive introduces the right of “making available to the public of their works in such a way that members of the public may access them from a place and at a time individually chosen by them” for authors as part of the right of communication to the public. Pursuant to its recital 29, the exhaustion issue “does not arise in the case of… on-line services”. Taking into account the WCT’s preliminary works and the Agreed Statements, it is therefore arguable that distribution and exhaustion in the InfoSoc Directive “refer exclusively to fixed copies that can be put into circulation as tangible objects” – which probably describes what the Paris Court means by “material work”. By contrast, the original Software Directive predates the WCT, and is silent on online transfers since it spells out neither a making available right nor a right of communication to the public. Thus, the latter directive leaves more room to argue that its distribution right is broader and also encompasses digital transmissions.

Second, the judgment omits any references to the pending Tom Kabinet case and the panoply of legal arguments on digital exhaustion voiced for over a decade. Moreover, it is a pity that the Court refused to refer two very interesting preliminary questions to the CJEU. Both concerned the exhaustion rules in articles 4.2 of the Infosoc and Software Directives. In the first place, the claimant wanted the CJEU to clarify that these provisions authorize any standing party to bring actions to annul contractual clauses with the object/effect to prevent the resale of copies of works or computer programs that were already sold with the copyright-holder’s consent. In the second place, UFC wanted to clarify whether the distribution right of a digital videogame copy is exhausted after the rightholder has authorised the downloading of that copy in return for a fee corresponding to its economic value, allowing its acquirer to use the videogame on a medium via the Internet. As curiosity is this cat’s very nature, we can only hope the appellate court does refer these questions to Luxemburg.

Lastly, the Paris Court applied the UsedSoft doctrine although not all of the CJEU’s criteria were necessarily met. It was not clear whether the videogame purchases on Steam allow users to download a copy of that game on their device and bring about a bring about a right to use that copy for an unlimited period. The suggested preliminary questions rather gives the impression that at least some games can only be played online.

Although not debated in the very judgment, this raises an interesting issue for further exploration. Except for works to create derivative works (e.g. photographs), various digital works and computer programs are no longer available for permanent download, nor do they come with a usage right for an unlimited period (or, perhaps more accurate: for a period that corresponds to the term of IP protection). Indeed, “digital content” is increasingly made available through a subscription-based model. Hence, cases like UsedSoft and Tom Kabinet might soon be hopelessly obsolete. Yet, rather than an end, perhaps this economic shift marks the beginning of a new, broader debate. As we are all increasingly purchasing subscriptions to the detriment of more permanent assets, the question will inevitably arise as to the extent and how the law ought to warrant that users (consumers, SMEs…) are entitled to transfer their paid-for contractual rights to standardised digital services to third parties in order to prevent lock-in. In this respect, it is interesting how this Paris case was dealt with mainly from a consumer contract law perspective. Perhaps consumer law, rather than IP law, may prove to be better placed to tackle the debate “formerly known as digital exhaustion”.
[Guest post] Paris Court on digital exhaustion and videogames

Reviewed by Eleonora Rosati on Wednesday, October 02, 2019 Rating: 5
The IPKat licenses the use of its blog posts under a Creative Commons Attribution-Non Commercial Licence.