Readers of this blog will remember the CJEU decision Glawischnig-Piesczek (C-18/18), which was discussed by Eleonora here. In that defamation case, the CJEU provided some clarifications as to the extent to which intermediaries can be ordered to remove content from their platforms.

In a new decision (case No 4Ob36/20b) issued in separate proceedings from those which gave rise to the Glawischnig-Piesczek referral, yet also concerning Facebook, Austria’s Oberster Gerichtshof (OGH) applied the CJEU’s guidelines to the case at hand. The judgment answers some questions but also leaves some open, hinting at further suits to follow.

ORF, a public Austrian broadcaster, owns the copyright to this picture that shows a popular news anchor: 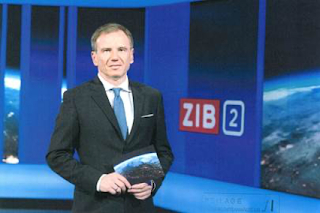 The image was used for a Facebook post by an Austrian politician of the FPÖ party, adding some text and a ‘Pinocchio’ image to it: 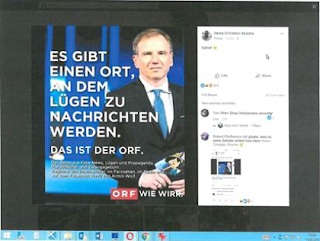 The text read “There is a place where lies become news. This is the ORF.” Facebook was repeatedly asked by the ORF to delete this image, but did not comply. ORF sued, asking the court to order Facebook to refrain from:
Both the courts of first and second instance sided with ORF and found Facebook in breach of ORF’s copyright and its right to protection of honour. The orders were granted with worldwide effect.

Further to Facebook’s appeal, the OGH upheld the prior decision, but restricted the effect to the territory of Austria.

In its judgment, the OGH dismissed Facebook’s argument that ORF’s claims were unclear in scope or overly broad. While true that Art. 15(1) of Directive 2000/31 states that hosting providers shall not have a general obligation to actively seek facts that indicate illegal activity, this prohibition does not concern monitoring activities in a specific case, the court found. Referring to Glawischnig-Piesczek, the judges stressed that EU Member States have a particularly broad discretion in relation to the actions and procedures for taking the necessary measures to terminate infringements.

Thus, it would be admissible to extend the effect of the order to future infringements, regardless if they were made by the same user or other users. This would also be true insofar as the order covers alterations of the original image and/or allegations similar in meaning to the original infringement.

According to the judges, the extent of Facebook’s obligation must be found by striking a balance between the different interests at stake. On the one hand, it should not be too easy to circumvent the order by very small alterations of the picture or statement, forcing the claimant to file a new case for each and every new infringement. On the other hand, the order should not impose an excessive obligation on the host provider.

The Austrian judges found that, while the CJEU referenced automated search tools and technologies to identify infringing content, this would not limit the boundaries of Facebook’s obligation. Once again citing the broad discretion that Member States have to provide effective legal remedies, the court found that an injunction would only be limited by the prohibition to impose a general obligation to actively investigate circumstances indicating illegal activity.

Based on this standard, the court concluded that an injunction would be permissible when the intermediary can identify the content as identical or ‘similar in its core’. This needs to be obvious at first sight or to be established by technical means (e.g. filter software). The court finds that ORF’s first claim (regarding the image) would not be overly broad and would not require an autonomous assessment by Facebook. The same would go for the second claim regarding the defamatory statement. Insofar as ‘similar’ allegations are included, this would not pose an unjust burden on Facebook, as the criteria from which the illegality of the statement can be deduced would be clear.

Territorial restriction of the order

As noted above, the OGH confirmed the judgment in general, but limited its effect to the territory of Austria, meaning that Facebook can apply geo-blocking and leave the content available in other territories (for now, that is). The court justified this limitation with two different arguments. With regards to ORF bringing claims based on copyright in the image, the court highlighted the principle of territoriality of copyright. This means that, under Austrian copyright law, the protection claimed by a plaintiff related only to Austria and the plaintiff could therefore only assert a claim for injunctive relief limited to Austria.

A different approach was taken with regards of the infringement of personality rights, which are not subject to the principle of territoriality. In an interesting twist, the court concluded that a worldwide injunction would have been permissible, but ORF had not applied for it. The case law of the Austrian Supreme Court contains the principle that the plaintiff must clearly state if he/she seeks protection not only for the domestic market but also for certain foreign countries. Such a statement was missing from ORF’s filing, so that the OGH assumed that ORF wanted to limit the request to the territory of Austria.

As a result, it would be possible for ORF to bring a new case requesting an injunction for the ‘rest of the world’. We will see if they actually chose to do so.

By limiting its decision to Austria, the OGH missed (or dodged) an opportunity to elaborate on how an injunction with worldwide effect would stay within the framework of relevant international law, as manded by the CJEU in Glawischnig-Piesczek.
[Guest post] Austria’s highest civil court applies CJEU Glawischnig-Piesczek ruling and orders Facebook to delete content country-wide

Reviewed by Eleonora Rosati on Sunday, May 10, 2020 Rating: 5
The IPKat licenses the use of its blog posts under a Creative Commons Attribution-Non Commercial Licence.