The new Greek Trademark Law: read all about it

While most of us by the end of the March were already hunkering down in the face of Covid-19, the Greek parliament was putting the final touches on the new Greek Trademark Law. Kat friend, Marina Perraki, having mediated between her two cats, Tigrakis and Asproulis, while both were on feline lockdown (the reader is invited to figure out from the accompanying photos which feline is which), has now kindly summarized the main points of the new legislation. 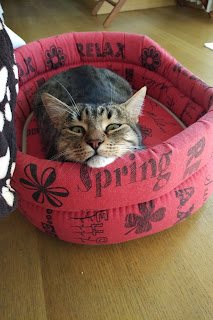 The new Greek Trademark Law No. 4679/2020, which implements the TM Directive (EU) 2015/2436, was enacted on March 20, 2020. The previous trademark law, 4072/2012, has been abolished and is substituted in its entirety by the Law, which aims to conform the Greek trademark system to current developments at the EU level.The ten most important points of the Law are as follows:

The Greek Trademark Office (TMO) will no longer be competent to reject a Greek trademark application on relative grounds; only absolute grounds will be considered. However, as is also the case with the EUIPO, the TMO will notify trademark owners if a similar later application is filed. The owner will then have the right to file an opposition.

2. Introduction of new forms of trademarks

In line with the Directive, the Law introduces all the new forms of trademarks provided in the Directive, such as hologram marks, motion marks, multimedia marks and pattern marks, abolishing at the same time the requirement of graphic representation. The actual filing of such marks is subject to the introduction of the necessary technical equipment at the TMO to allow such applications.

Making use of the option provided by the Directive, the Law introduces into the Greek trademark system certification marks, namely marks that indicate the existence of an accepted product standard or regulation and the terms of compliance with such standard or regulation. Along with the other category of “non-individual” marks, namely “collective marks”, an application to register a certification mark is filed not by an individual or legal entity but by an association or the like.

Trademark owners have the right to stop mere preparatory actions of infringing use (such as packaging) as well as stopping any third party from bringing goods into Greece, even where the goods are not intended to be released for free circulation within the Greek market.

Greece already had in place a system according to which the TMO was competent to hear all the above actions. However, what has changed is that appeals of TMO decisions on invalidity and cancellation actions will no longer filed before the administrative courts but rather before the civil courts.

6. Introduction of mediation proceedings before the TMO

As a step in modernizing dispute resolution, in line with the trend before the EUIPO, WIPO and certain national offices, Greece introduces the possibility of mediation in opposition, cancellation and invalidity actions between private parties. Such mediation will offer the opportunity to avoid lengthy court proceedings as well as to lessen the burden on the courts.

7. Introduction of non - use defense in infringement proceedings

The right of the defendant to request the trademark owner to prove its use of the mark to the extent it is registered for more than five years has been introduced in infringement proceedings before civil courts, in line with the Directive's requirements.

A later registered trademark owner, in the event that he has obtained his rights (“intervening rights”) at a point in time when the prior mark would not have been enforceable against the later mark, may raise such intervening rights as a defense in infringement and invalidity actions. 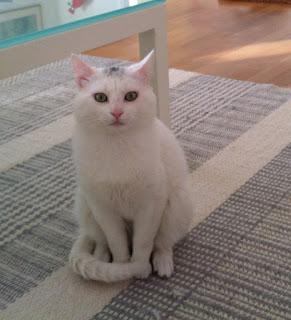 Here, the Law will enable a claim of acquiescence to be part of the defendant’s legal armory in an invalidity action as well as a defense in an infringement action. The Law makes further use of the discretion provided in the Directive to extend the application of this defense not only against holders of prior trademark rights but also against holders of other prior rights, such as personality rights, unregistered rights and copyright.

And a word about fees

Lastly, it is worth noting that the Law abolishes official fees for change of particulars of the trademark owners, such as change of corporate name or change of address, in order to make it easier and encourage trademark owners to keep their registrations up to date. Furthermore, in line with the practice in many other offices, including the EUIPO and EPO, e-filing and e-renewal fees, in an amount lower than physical filing and renewal fees, are being introduced.

The new Greek Trademark Law: read all about it

Reviewed by Neil Wilkof on Thursday, May 14, 2020 Rating: 5
The IPKat licenses the use of its blog posts under a Creative Commons Attribution-Non Commercial Licence.