Patent exceptions in times of Covid-19: an Italian perspective

To overcome the shortage of valves for respiratory equipment and the inability by patent owners to make timely supply, an Italian hospital has 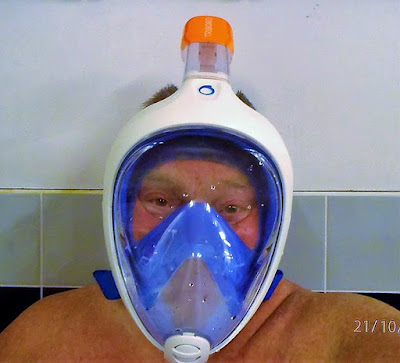 requested a local producer to make valves with 3D printers without authorization by said owners, here. The local producer itself has made them free of charge.

The valves have been fixed on snorkeling masks, which a well-known multinational group has supplied as a gift to assist in meeting the need for respiratory equipment due to a sudden increase in the number of patients affected by Covid-19. The medical treatment rendered by the hospital in this connection has also been given free of charge.

Based upon Italian patent law and the assumption that the patent at issue is valid, the focus of this post is how the local producer and/or the multinational group could defend themselves, should the rights holder take an action for patent infringement against either of them. An answer could be based on the private use exception, necessity exception or a compulsory license.

Private use exception: Under article 68 of the Italian Code of Industrial Property (“IPC”), whatever the object of the invention may be, the exclusive authority attributed by patent rights does not extend to actions carried out in the private sphere and for non-commercial purposes.

The exception in question is not subject to the singularia non sunt excludenda principle (i.e., exceptions are to be interpreted narrowly), but since it requires both private and non-commercial use, it has thus far been the subject of little discussion or case law. On the one hand, it is difficult to imagine what type of truly “non-commercial” use would ever in practice invite patent infringement proceedings while, on the other hand, the meaning of “private use” is not entirely clear.

Even if a doctrine along the suggestion of Professor Giorgio Floridia, that such a use be limited to the domestic setting only, in the view of this blogger is probably an excessive restriction: the singularia non sunt excludenda principle is really not applicable in such a circumstance. Therefore, a possible interpretation is that the exception applies even if the making of the patented product is carried out by a business entity without compensation and outside the scope of its business activities.

Such an example is our case, where the valve producers and the involved hospitals have all rendered their services without compensation and with the intent to provide Covid-19 patients with free medical treatment. This is because, under article 66 of the IPC--

The patent rights for an industrial invention consist of the exclusive right to implement the invention and profit from the same in the territory.

In our case profit is nowhere to be seen.

…as supplying or offering to supply any person other than a party entitled to exploit the patented invention, with means relating to an essential element of that invention and necessary for putting it into effect within the territory of a State in which the invention is protected, when the third party knows, or should have known using ordinary care, that those means are suitable and intended for putting that invention into effect.

Under the last paragraph of this article, a contributory infringer is not entitled to the private use exception.

Still, it should be observed that under article 66 of the IPC, when the means relating to an essential element of that invention and necessary for putting it into effect are products currently available on the market, the rules on contributory infringement will not apply. This means that, in our case, the supplier of masks is unlikely to be liable for patent infringement.

Necessity: Under article 2045 of the Italian Civil Code, a defendant is not deemed a patent infringer if it has been compelled to infringe the patent in order to save itself or others from a present danger of serious personal injury, and the danger was neither voluntarily caused by it nor otherwise avoidable. Nevertheless, if necessity is acknowledged, the patent holder retains the right to obtain an indemnity from the defendant, the amount of which is to be equitably established by the court (the amount likely to be less than the damages awarded should the necessity defense be rejected).

This means the existence of a pandemic is not in itself sufficient to justify the infringement. The defendant has the onus to prove the actual existence of a specific danger and its capacity to engender serious personal injury, with the danger being neither voluntarily caused by him nor otherwise avoidable.

With regard to our case, this means that, in addition to establishing the existence of the present pandemic and its ability to jeopardize the lives of locals, the defendant also needs to submit evidence concerning the lack of valves/respirators in the given place and hospital(s) at a specific time. For example, it might be that the supply of product by the patent owner pursuant to a bid is shown to be insufficient to cope with a suddenly large (and not otherwise manageable) increase in the number of Covid-19 patients.

Compulsory license: Under articles 70 et seq. of the IPC, an industrial invention, if the object of a patent, shall be implemented in the national territory of Italy to such an extent as not to be seriously disproportionate to the needs of the country. Therefore, it is possible to obtain the grant of a non-exclusive compulsory license on the later of three years from the date of issue of a patent, or four years from the date of filing of an application. This is so, should, for a period of more than three years, the owner of the patent or his successor in title not have implemented the patented invention, or said implementation has been suspended or reduced in such a manner as to be seriously disproportionate to the country’s needs.

A compulsory license may also be granted if the invention protected by the patent cannot be used without harm to the rights relating to a patent granted based on a previous application (a dependent invention) and the dependent invention represents important technical progress of considerable economic importance. 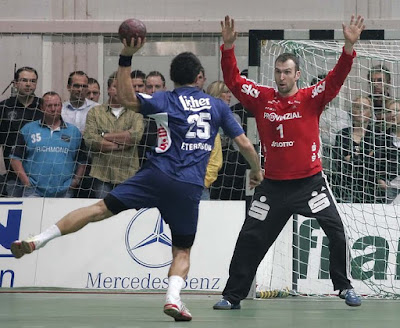 To obtain a compulsory license, it is necessary to prove: first, that the patent owner was contacted, but no license under fair terms was offered; and second, that an appropriate request is made with the Italian Trademark and Patent Office followed by the required administrative proceedings. No doubt that, given the above, the path to obtaining a compulsory license is time- consuming and ultimately inadequate to address a sudden major national emergency, such as the Covid-19 pandemic.

It is, therefore, no wonder that recently one of the major research Italian centers, the Milanese Mario Negri Institute of Pharmacological Research (whose mission contemplates going against the grain and never patenting its own research) and the Italian branch of a well-known international NGO (Medecins sans Frontières), have urged the Italian Government to follow the path of parliaments or governments, such as in Germany, Israel, Chile and Canada.

All of these countries have responded to the crisis by adopting measures providing that the global coronavirus epidemic justifies the use of a compulsory license to facilitate access to vaccines, drugs and diagnostic tests in the interest of public welfare or in the interest of public security of the country as a whole, without consultation with the patentee nor any right to judicial review.

Picture on right by Wildswimmer Pete and is licensed under Attribution Share-Alike 4.0 International license.

Picture on left by Armin Kuebelbeck and is licensed under Attribution Share-Alike 3.0 Unported.

Patent exceptions in times of Covid-19: an Italian perspective

Reviewed by Neil Wilkof on Sunday, May 03, 2020 Rating: 5
The IPKat licenses the use of its blog posts under a Creative Commons Attribution-Non Commercial Licence.