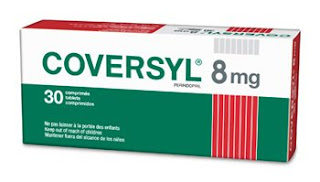 While everyone was discussing the Symbian ruling last week on the patentability of computer software (see the IPKat's earlier post here, together with many and varied comments from his readers), another British patent decision slipped by virtually unnoticed. This was the ruling of Mr Justice Norris in Les Laboratoires Servier and another v Apotex Inc and others [2008] EWHC 2347 (Ch), heard on 9 October.

Servier developed and patented a pharmaceutical known as Perindopril (a prescription drug used in treating hypertension), which it sold under the trade mark Coversyl. This patent was the '341 patent'. In July 2000 Servier applied for a further patent (the '947 patent') covering an allegedly new form of Perindopril. In July 2006, the European Patent Office dismissed an opposition, so the 947 patent survive unscathed.

Apotex, a business that made generic pharmaceuticals, then decided to make Perindopril, receiving the necessary market authorisations. Apotex wasn't afraid of the 947 patent which, it considered, was only a rehashed version of the 341. Servier sued for patent infringement and secured interim relief (see IPKat comment here), restraining importation of Apotex's product. In subsequent proceedings the patent was found to be invalid and was revoked by the court (see IPKat comment here and here -- the Court of Appeal intimating that this was the sort of patent that gives the patent system a bad name).

But there was more to come. Since the interim injunction had stopped Apotex selling Perindopril for a large chunk of time, the court now had to quantify its entitlement to damages under the cross-undertaking given by Servier when the application for interim relief was granted. While the inquiry into damages was grinding towards a close, Servier suddenly sought permission to amend its case in the light of a finding of infringement against Apotex in the Canadian Federal Court in Canada, in proceedings to which Servier was not a party, this patent being held not by Servier but by an associated company. The point of the application was this: the Perindopril which Apotex would have sold if no injunction had been granted would have been made in Canada and would have infringed the associated company's patent.

Norris J dismissed Servier's application. In his view it was made at too late a stage in the proceedings. The Canadian proceedings actually predated the commencement of the inquiry into damages on the cross-undertaking; the underlying legal point, if valid, had been in existence since the beginning of the inquiry and it had been open to Servier to make the application from the outset -- but it didn't. Worse news was still to come for Servier when Norris J concluded that, on the evidence, the appropriate award under the cross-undertaking was damages totalling £17.5m.

Norris J added that a party that secures interim relief before failing to establish infringement is not actually a 'wrongdoer', but someone who has obtained an advantage upon consideration of a necessarily incomplete picture. From the court's perspective such a person should be treated as if he had made a promise not to prevent that which the injunction in fact prevented. There had to be some form of symmetry between the process by which he obtained his relief (an approximate answer involving a limited consideration of the detailed merits) and that by which he compensated the subject of the injunction for having done so without legal right, particularly where -- as here -- the paying party had refused to provide full details of the sales and profits which it made during the period when the injunction was in force. 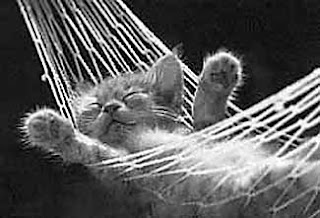 The IPKat is fascinated by this. The judge's reference to this "promissory" element seems to suggest that, while patent infringement is a tort, wrongfully preventing a competitor manufacturing is analogous to a breach of contract. And that's not very symmetrical, is it?

Left: the IPKat's cure for hypertension ...

Merpel notes the press release issued by Servier, which expressed itself "disappointed" by the decision and said it was considering whether to appeal. With a little gentle spin, Servier trumpets this as a bit of a victory, seeing as Apotex was actually seeking £27 million. Moreover, says the indignant patent owner:

"The UK is the only European market, with the exception of the Netherlands, where Servier has been challenged on the validity of a national designation of European Patent number 1 296 947 and there has been a decision in favour of a generics company".

Reviewed by Jeremy on Monday, October 13, 2008 Rating: 5
The IPKat licenses the use of its blog posts under a Creative Commons Attribution-Non Commercial Licence.