Mosley on the march -- first Strasbourg, then the World 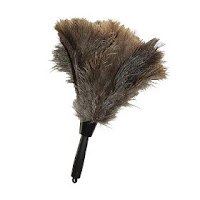 Max Mosley, the president of Formula One motor racing's governing body, has been in the news a great deal recently for his interest in governing bodies of a rather different sort (see IPKat posts here, here and here).


Right: Mosley, having had a whip-round, prepares for another brush with the law


The IPKat learns now from The Guardian that Mosley -- having cleverly sued for infringement of his right of personal privacy rather than for defamation after he was wrongfully stigmatised as a Nazi for his, er, unusual personal habits -- is to continue his challenge to the law of privacy by taking his case to the European Court of Human Rights in Strasbourg.

Mosley says that the £60,000 damages he received for some of the claims the News of the World newspaper (sic) made were not an adequate remedy; he wants a change in the law that will force editors to contact the subject of their revelations before publishing articles that could invade their privacy. Mosley, who first learned of the News of the World's exposure on the day the story was published, said the experience of going through the courts had a "very bad effect" on him and his family:

"I feel a great wrong has been done to me. Anyone who is a victim of this situation has to publicise all over again the very thing they are trying to keep private ... if I had been notified first, it wouldn't have necessarily stopped them publishing, but at least I could have challenged it in front of an independent person."

Mosley's battle is no longer against the News of the World but against the state. His legal team will argue that the law failed to protect Mosley's right to privacy under the European Convention on Human Rights because of the absence of any obligation on editors to inform their prospective prey before publication.

Although he is not normally sympathetic to Max Mosley, the IPKat feels that there is at least an arguable case for editors taking the sort of pre-publication he seeks, though he thinks it would be more effective for editors to come up with a voluntary code of practice that they could then implement, rather than allowing this issue to evolve painstakingly through what will probably be a series of actions and campaigns. Merpel says she disagrees. While the press got it wrong this time, they usually get it right -- and while the public has no need to know how public figures get their private thrills, the public does have an expectation that any political deviancy on the part of influential figures will be brought to their attention.

Reviewed by Jeremy on Wednesday, October 08, 2008 Rating: 5
The IPKat licenses the use of its blog posts under a Creative Commons Attribution-Non Commercial Licence.