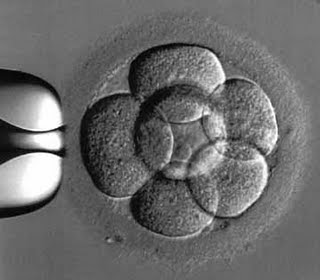 In a dispute between the acclaimed German scientist and inventor Oliver Brüstle and Greenpeace about the patentability of Brüstle's German patent DE 19756864, the Bundesgerichtshof has last Thursday decided to refer to the ECJ questions regarding the interpretation of art. 6 of Directive 98/44/EC on the legal protection of biotechnological inventions.

Greenpeace had filed for nullity of Brüstle's patent asserting that it was against public moral ("sittendwidrig"). The patent claims the use of certain cells for the treatment of neural deficiencies such as Parkinson or multiple sklerosis. Originally, the stem cells were derived from blastocysts (whether that's an embryo is the issue), but, as Oliver Brüstle points out, they have long been cultivated outside the human body. Greenpeace argues that this is irrelevant: at the beginning of the chain was a human embryo, and an embryo had to be killed to harvest the cells. It was against art 2 of the German Patent Act, which corresponds to art. 6 Directive 98/44/EC , to grant patents for uses of human embryos for commercial or industrial purposes. Art. 6 Directive 98/44 reads:

1. Inventions shall be considered unpatentable where their commercial exploitation would be contrary to ordre public or morality; however, exploitation shall not be deemed to be so contrary merely because it is prohibited by law or regulation.

2. On the basis of paragraph 1, the following, in particular, shall be considered unpatentable:

(a) processes for cloning human beings;

(b) processes for modifying the germ line genetic identity of human beings;

(c) uses of human embryos for industrial or commercial purposes;

(d) processes for modifying the genetic identity of animals which are likely to cause them suffering without any substantial medical benefit to man or animal, and also animals resulting from such processes.

The German Patent Court (Bundespatentgericht) partially revoked Brüstle's patent in 2006. Greenpeace argues that human life starts with the fusion of sperm and ovum, and blastocysts are embryos in the sense of the law. Brüstle counters that in the UK, France, Spain, Sweden and Denmark the term "embryo" is only used for fertilized eggs 14 days after fertilization. The patent claims the use of stem cell lines which were harvested from blastocysts 4-5 days after fertilization, and therefore before the blastocyst can be rightfully called an embryo. In a less legal vein, Brüstle likes to point out that his research is largely funded by the German government - the same government that now says the results of the state-funded research are against public morale...

The ECJ will now have to rule on the interpretation of "human embryo" in the sense of art. 6 Directive 98/44/EC. Is a stem cell derived from a blastocyst which has lost its ability to develop into a human still an embryo? If so, is a blastocyst a human embryo? If so, is purely therapeutic use of stem cells a "commercial or industrial purpose" in the sense of art. 6?

The stakes are high - the ruling could make or break a lot of biotech applications claiming the use of human stem cells.

If all this sounds vaguely familiar to IPKat readers - well, it is; the EPO's Enlarged Board of Appeal last November ruled on a similar question and revoked a patent describing a method for obtaining embryonic stem cell cultures from primates, including humans, filed by the Wisconsin Alumni Research Foundation (WARF) in 1995, because it involved the destruction of human embryos (G 2/06); IPKat post here.

Reviewed by Mark Schweizer on Sunday, November 15, 2009 Rating: 5
The IPKat licenses the use of its blog posts under a Creative Commons Attribution-Non Commercial Licence.