I CAN HAS CHEEZBURGER wins against icanhashotdog.com 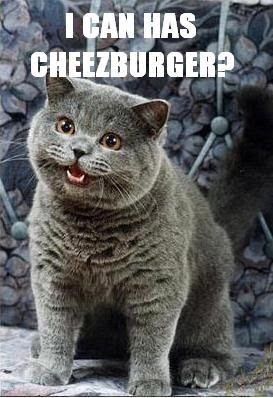 In a case of inherent interest to the IPKat, a WIPO panelist has transferred the domain name "icanhashotdog.com" to the proprietor of the trade mark I CAN HAS CHEEZBURGER?.

The proprietor of the trade mark I CAN HAS CHEEZBURGER?, claiming protection for “on-line forums for the transmission of images and messages among computer users concerning animals and humor" filed a URDP complaint against the registrant of the domain name icanhashotdog.com, used for, well, essentially the services claimed.

And won despite the fact that the complainant had registered its mark almost a year after the domain name icanhashotdog.com was registered (he did claim first use of the mark some months before the registration of the domain name). The panelist held that the complainant had met its burden of proof to demonstrate common law rights in the trade mark I CAN HAS CHEEZBURGER?:

"Relevantly, the Complainant’s evidence is essentially that:

The Panel considers that, on balance, this is enough to demonstrate that the Complainant had developed common law rights in its mark by the time that the domain name was registered in July 2007. The Complainant did not provide a substantial amount of evidence of common law rights, or explain the origin of its mark. The Complainant’s claim to the first use of its mark from January 2007 in its trademark registration also does not establish an evidentiary presumption to that effect. (See recently e.g. Super-Krete International, Inc. v. Concrete Solutions, Inc., WIPO Case No. D2008-1333 citing McCarthy on Trademarks and Unfair Competition § 20:28 (4th ed.)).

However the Panel considers that, in this case, the evidential burden on the Complainant to provide evidence of common law rights is relatively light. Principally, this is because its mark appears to the Panel to be an invented and arbitrary phrase, and therefore inherently distinctive in a trademark sense for the purpose of the Policy. What is “inherently distinctive” in this regard may not always be capable of a neat definition. However, it is at least to be contrasted with marks which are derived from common terms, or words which are descriptive or suggestive of certain goods and services. There is nothing in the Complainant’s mark which seems to this Panel to be descriptive or suggestive of the services which the Complainant provides. The phrase “I can has cheezburger?” appears to have no common meaning, or to be derived in whole or part from any phrase with a common meaning, including one associated with the Complainant’s services.

Since the whole "lolcat" meme originated from 4chan (no, I won't link, but you all know how to find it), the IPKat wonders whether it is correct to monopolize the use of the phrase for commercial purposes by a single provider. And the IPKat is glad that he has been around since before January 2007 and is therefore much older - not necessarily more mature - than all the lolcats.

Case No. D2009-1003
I CAN HAS CHEEZBURGER wins against icanhashotdog.com

Reviewed by Mark Schweizer on Wednesday, November 04, 2009 Rating: 5
The IPKat licenses the use of its blog posts under a Creative Commons Attribution-Non Commercial Licence.