Instead of donning her usual scary outfit and attending various Halloween parties, the AmeriKat attended a refined evening of the musical delights of St Vincent (right), Grizzly Bear and the London Symphony Orchestra at the Barbican. In years gone by, however, she has metamorphosed into Marie Antoinette, Medusa, and of course the classic black Kat. Two weeks ago, while watching an unimpressive programme on Halloween and the “business of boo”, she noticed that the commentator kept referring to Halloween costumes as “fully licensed costumes”. Of course this obvious – your or your child’s character costume should be fully licensed from the rights holder (Disney or Marvel Comics, for example). Nevertheless this programme acted as a gentle reminder to the AmeriKat how pervasive intellectual property is in our lives. Although admittedly a bit tongue-in-cheek, would your child, if wearing an unlicensed Cinderella costume, be a secondary infringer? Could this poor innocent be ‘injuncted’ from wearing such a costume for trick-or-treating? Maybe next Halloween the AmeriKat will dress up as a cease and desist letter from Disney ... because, in her opinion, what could be scarier?
PepsiCo’s $1.26 billion Court No-Show

Last April in a Wisconsin court Charles Joyce and James Voigt sued PepsiCo and two distributors, alleging that the drinks giant had misappropriated trade secrets discussed at confidential meetings between themselves and PepsiCo in 1981 (yes, 1981 – statute of limitations anyone?) about the commercial viability of selling, wait for it ... bottled water. The AmeriKat thinks that is tantamount to suing bread manufacturers for stealing the idea to slice bread. PepsiCo allegedly used the confidential information obtained from the claimants to develop and market AquaFina or -- as comedian Lewis Black calls it -- “the end of water” as we know it.

Fast-forward to 30 September. With no submissions, response or apparent sign of life from PepsiCo, judgment in default was entered in favour of the claimants along with a massive damages award of $1.26 billion. Two weeks ago, PepsiCo filed motions to vacate the order and dismiss the suit contending that they had not been made aware of the claim until 6 October 2009. Alleged in PepsiCo’s motion, the secretary for Tom Tamoney, Deputy General Counsel for PepsiCo , apparently received a copy of the claim on 15 September but neglected to inform anyone because she was “so busy preparing for a board meeting.”

According to this article in the National Law Journal, the claimants’ lawyer, David Van Dyke stated that Wisconsin courts have been “pretty clear that they don’t like” vacating default judgments. Van Dyke did however state that there was a possibility that the judge may allow litigation over the high award of damages. A hearing is scheduled for 6 November.

Snap! $50,000 penalty for illegal photographs
The U.S. is often accused by some European commentators as having “made a fetish of the freedom of the press” (see Judge Zupancic in Von Hannover v Germany). The AmeriKat herself has been on the receiving end of many snide comments about “that ridiculous First Amendment right.” A pointed hiss and a growl from the AmeriKat generally follows.
But despite these criticisms of the U.S.’s First Amendment, two weeks ago Governor Schwarzenegger signed into Californian law a measure that allows civil lawsuits against media organizations that commission or publish photographs illegally taken by photographers. Illegal photographs are generally those taken by photographers who trespass on private property or photograph someone who, and this will ring familiar, has a “reasonable expectation of privacy”. The legislation provides for a maximum penalty of $50,000 for each breach. 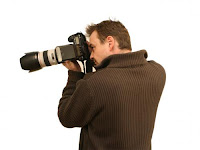 The arguments and commentary are similar to those that have already occurred in the UK: supporters state that the legislation will protect an individual’s right to privacy from aggressive paparazzi, while critics state that the legislation has a chilling effect on legitimate reporting by the press. Critics also cite the existence of other laws, such as anti-stalking measures and trespass, as existing legal mechanisms that already protect privacy. Additionally, commentators note concern that the legislation may result in an increase in unmeritorious lawsuits.
Tom Newton, general counsel to the California Newspaper Publishers Association, stated that “the initiation of even meritless lawsuits has a chilling effect on legitimate news gatherers."
For further information see this article in the Wall Street Journal, Patrick Alach’s article in Loyola’s Entertainment Law Review and this article in the Editor & Publisher.
Letter from AmeriKat I: Trade secrecy and privacy

Reviewed by Annsley Merelle Ward on Sunday, November 01, 2009 Rating: 5
The IPKat licenses the use of its blog posts under a Creative Commons Attribution-Non Commercial Licence.