Letter from AmeriKat I: Copyright -- the Google Book saga again 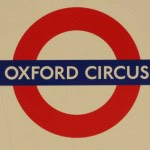 Last week the AmeriKat could be seen rushing all over the city attending hearings, running errands, moving a bed across town or just trying to get to a variety of appointments all on time. In fact you may have been one of the unsuspecting shoppers on Oxford Street yesterday whom she mowed down while racing to her fur appointment. The distances and routes were not extraordinarily challenging or long but, regardless of the distance and complexity of travel, the AmeriKat found herself late for practically everything. Either the traffic was incredibly heavy or there was some inexplicable road block or road works in her way. Had there been an option for her to circumvent the long process from point A to point B she would had gladly taken it.

This is exactly the option that Google has taken in an attempt to circumvent a lengthy legislative solution to orphan works in the latest in the Google Books Settlement saga. The newly revised settlement issued on Friday the 13th focused on the issue of Google including and controlling orphan works - works where the copyright owner cannot be traced through a reasonable inquiry – in the settlement. The previous settlement’s treatment of orphan works was criticized because it basically allowed Google to possess exclusive rights to the digital dissemination of orphan works. Where a potential competitor would have chosen to copy Google’s practice, they could have been sued for infringement by Google. Not only was Google’s original settlement an infringement of orphan work owners’ copyright, but it was also criticized as being anti-competitive -- a clear message once the Department of Justice intervened in the case.

The new settlement attempts to address these concerns by creating an “independent fiduciary” known as the “Unclaimed Works Fiduciary” that would manage and oversee orphan works. To “the extent permitted by law” the Fiduciary

“may license to third parties the Copyright Interests of Rightsholders of unclaimed Books and Inserts to the extent permitted by law”.

These third parties may well include Google’s competitors. The AmeriKat wishes to highlight the use of the words ‘may license’, which also means that the Fiduciary ‘may not’ grant third party licences as they so choose. However, doubts have been raised as to whether this “fiduciary” would even be permitted to grant licences under the law given that, in effect, Google still would unilaterally possess exclusive rights to digitize and make orphan works available. 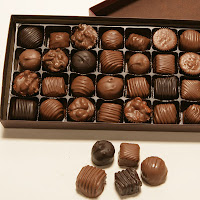 The AmeriKat notes that the usage of the phrase “unclaimed works” instead of orphan works is a clever definition for Google to use – it denotes works that are just left lying or banished from a copyright owner’s control only to wait for a benevolent player like Google to acquire them. The AmeriKat considers this premise is sort of the legal equivalent of finding the last chocolate in a box on a table, glancing around and, finding nobody asserting the right to eat it, considering it is therefore “unclaimed” and eating it.

The AmeriKat notes that the most problematic issue is in the phrase “the Copyright Interests of Rightsholders of unclaimed Books”. Rightsholders is defined as “a member of the Amended Settlement Class who does not opt out of the settlement by the Supplemental Opt-Out Deadline.” Copyright Interests means “(a) ownership (including joint ownership) of a United States copyright interest or (b) an exclusive licence of a United States copyright interest, in each case only if and to the extent the interest is implicated by a use that is authorized or for which compensation could be payable under this Amended Settlement Agreement.” Given these definitions the AmeriKat is perplexed as to exactly what interests or rights the parties to the settlement have over orphan works. In fact, neither the Rightsholders nor Google have any legal rights or interests in orphan works.

The revised settlement also provides that the Unclaimed Works Fiduciary be an independent person or entity that is not a published book author or book publisher and be chosen by a supermajority vote of the Board of Directors of the Registry (the management committee of Google Books so to speak). The election of the Fiduciary would subject to Court approval. The settlement also provides that, from the sixth year from the Effective Date (to be determined by the Court) and every year thereafter, the Registry may use up to 25% of money paid by way of licence fees and use of orphans works that have “remained unclaimed for at least 5 years for the purpose of attempting to locate the Rightsholders of unclaimed Books.” It is for the Board of Directors of the Registry and the Fiduciary to determine how to conduct such searches. A sceptical eyebrow is raised by the AmeriKat as to whether these searches are really ever going to be adequate when it would be in Google’s and the parties’ interests not to find the orphan works’ owners.

Additionally, after ten years from the Effective Date, any unclaimed funds will be allocated proportionately to the US, UK and Australia based on the number of books registered with the US Copyright Office and the number of books published in Canada, the UK and Australia. These funds would be distributed to “literary-based charities…that advance literacy, freedom of expression and/or education.” The Registry may file motions with the Court recommending how these funds would be distributed. The AmeriKat surmises that where the distribution of these payments is not agreed by these parties, the only recourse would have to be to the US Courts. France and Germany have also been excluded from the revised agreement following their previous complaints.

The problems with the newly ‘revised’ settlement could and would have been avoided had there been a legislative solution in regard to orphan works. A legislative solution, as those outlined in the previous Shawn Bentley Bill, would have enabled access to orphan works by anyone, not just those willing and able to pay a licence fee from a corporate entity. According to this article from The Reporter, Paul Aiken, executive director of The Authors Guild, said that “you can’t solve this problem without something like a class action. We weren’t going to sit around and wait for a legislative solution.”

The AmeriKat senses that Aiken, following his testimony in front of Congress (see AmeriKat article here), is a bit of a fiery character. She was not therefore surprised that following his declaration Google Books engineering director, Dan Clancy, softened Aiken’s statement by stating “for orphan works we don’t think legislation will take decades” and that the settlement will comply with any future legislative changes.

The revised settlement will again be subject to Court approval along with the opportunity of other parties submitting their briefs against or in support of the settlement.
Letter from AmeriKat I: Copyright -- the Google Book saga again

Reviewed by Annsley Merelle Ward on Sunday, November 22, 2009 Rating: 5
The IPKat licenses the use of its blog posts under a Creative Commons Attribution-Non Commercial Licence.