Matt Friday, October 14, 2011
Friday is the day, as all who regularly read this blog will know, when the IPKat reminds readers to check out the forthcoming events page, which is festooned with fabulous fancies for the IP community to consume. Also be sure to check out the various special offers and discounts available to IPKat readers on conferences, books and services to make that paycheque stretch a little further. 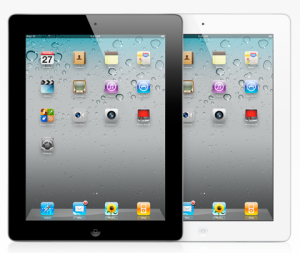 What week would be complete without yet more thrilling news from the Apple / Samsung dispute? This week’s venue of choice is “down under”, where Apple has been granted an interlocutory (interim) injunction prohibiting the sale of Samsung’s Galaxy Tab 10.1 in the Australian market. The decision, handed down yesterday, stretches to 245 paragraphs over 63 pages, so there is little wonder that the majority of the world’s press is simply quoting the Sydney Morning Herald’s distillation of the decision, which reports that:


“Justice Bennett said: “From April 15 when proceedings commenced in the US, Samsung proceeded with its eyes wide open.

“The balance of convenience was almost even ... there were several factors that favoured Apple.”

The IPKat, however, takes a little more interest in matters of substance than most and so has dutifully gone through the judgment (available here) to bring a little more detail.

Apple, so the tale goes, had alleged that the importation, sale and promotion of Samsung’s Galaxy Tab 10.1 would violate various claims of 13 of its patents, thereby infringing Apple’s rights under s13(1) of the Patents Act 1990 (Cth). Apple also alleged that the sale of the particular model of Galaxy Tab will amount to passing off of the iPad 2 (although this has nothing to do with the current interlocutory action). Samsung, for its part, denied these allegations.

In relation to the application for interim relief, Apple initially sought to rely on the infringement of 5 of the 13 total patents that it considers the Galaxy Tab 10.1 to contravene, however this was eventually reduced to two: Australian Standard Patent No 2005246219, entitled “Multipoint touchscreen” (the Touch Screen Patent); and Australian Standard Patent No 2007286532, entitled “Touch screen device, method, and graphical user interface for determining commands by applying heuristics” (the Heuristics Patent). 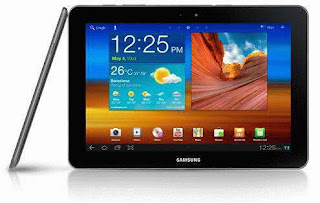 The judge, Justice Bennett, considered the application utilising the principles laid down by Gummow and Hayne JJ in Australian Broadcasting Corporation v O’Neill (2006) 227 CLR 57 at [65], quoting Beecham Group Ltd v Bristol Laboratories Pty Ltd (1968) 118 CLR 618 at 622-623 (per Kitto, Taylor, Menzies and Owen JJ), and accordingly asked whether the plaintiff had: (1) made out a prima facie case; and (2) addressed where the balance of convenience lay?

On the issue of a prima facie case, the judge noted (at [36]) that Apple had:


“…already established a prima facie case of validity by reason of registration of the patents, [and so it was accordingly]… necessary to ascertain whether Samsung’s case on invalidity is sufficiently strong such that, if the evidence remains as it is, there is no longer a sufficient likelihood that at trial Apple will be entitled to relief for infringement of valid patent claims so as to justify the maintenance of the status quo.”

Cutting a long story short, the Judge was not convinced that Samsung had managed this. There was a prima facie case of infringement.

Accordingly, in the words of the Judge (at [241]), the balance was swung by the following three factors:


“An interlocutory injunction may, in practical terms, amount to final relief for both parties. However, I give some weight to Samsung’s unwillingness to accept an early hearing date [before March 2010], which would have reduced this effect.
I give some weight, albeit minimal, to my conclusion that from 15 April 2011 Samsung proceeded with preparations to launch the Galaxy Tab 10.1 in Australia with its “eyes wide open”.
Apple’s prima facie case is strengthened by the fact that I have found that it has a prima face case in respect of two separate, registered patents. I give some weight to this.”

With the balance tilted, even if not by much, in Apple’s favour, the Court awarded Apple its prized injunction. However, this Kat is sure that this is not the last we will hear of Samsung and Apple’s patent spat.
Friday Frippery

Reviewed by Matt on Friday, October 14, 2011 Rating: 5
The IPKat licenses the use of its blog posts under a Creative Commons Attribution-Non Commercial Licence.