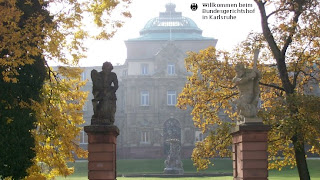 In an intriguing decision (case reference I ZR 140/10 of 19 October 2011- Vorschaubilder II ) the German Federal Supreme Court (Bundesgerichtshof) yesterday again confirmed that search engine provider Google is not liable for copyright infringement where copyright protected works are displayed as preview pictures (thumbnails) in Google's image search results. This decision follows and confirms the court's decision in Vorschaubilder I which was handed down last year (case reference I ZR 69/08 of 29 April 2010, see IPKat report here). So far we only have the court's press release for Vorschaubilder II and this Kat tries to summarise what was decided.

Google's Internet search engine includes a text driven image search function which allows users by using search terms to search for images, which third parties have published on the Internet in connection with the search term. The images revealed by the search engine are displayed in the search results as scaled down preview pictures (so-called thumbnails) which have a smaller pixel size than the images shown on the original website. The preview pictures include a link which allows the user to access the website which displays the original photo. To shorten the search process, Google automatically searches the Internet in regular intervals for images and then stores these images on its own servers. This makes it possible that a search result including such preview pictures can be displayed promptly after an Internet user conducts a Google image search using a search term.

The claimant in Vorschaubilder II was a photographer. Two photographs which he had taken of German TV presenter Collien Fernandes (that's the pretty lady to the right) were shown as Google thumbnails in December 2006 and March 2007 referencing websites where the actual images were displayed. The claimant argued that he not had granted the owners of these particular websites any exploitation rights for his photographs. He then 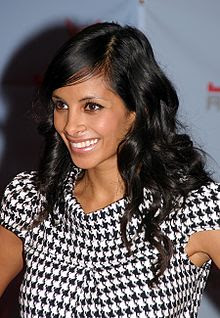 decided to sue Google for, inter alia, copyright infringement. However, and this is important, the claimant had granted other website owners the right to publish the images in question on their websites. The first instance court agreed with the claimant, the court of appeal disagreed. On further appeal by the claimant the Bundesgerichtshof upheld the court of appeal's decision and held in Google's favour.

In Vorschaubilder I, the Bundesgerichtshof had already decided last year that a copyright owner, who himself uploads a (depiction) of a copyright protected work on to the Internet, without making use of technically possible precautions to prevent that work from being searched and displayed by search engine providers, had by doing so provided his/her implied consent to the reproduction of the (depiction of that) work as thumbnail preview picture. The reproduction of the image as preview pictures in Google preview function, while encroaching on the artist's right of presentation of his/her works under Article 19a German Copyright Act (UrhG), was therefore nonetheless not unlawful ("rechtswidrig"). So far so good, says Merpel....

In Vorschaubilder II, the court has now further confirmed that such an implied consent is also to be assumed where the copyright protected works were uploaded to the Internet by a third party (rather than the copyright owner her/himself) with the copyright owner's consent but again without taking any such technical precautions to prevent these images being found and displayed by search engine providers. Still okay, say Merpel....

However, the claimant in Vorschaubilder II stressed that he had not granted these particular third parties any exploitation rights concerning his copyright protected photographs. He had, however, allowed other users to publish the photographs on the Internet, so that the images were already available on the Internet. Here, the Bundesgerichtshof pointed out that it was 'commonly known' that search engines - which sear 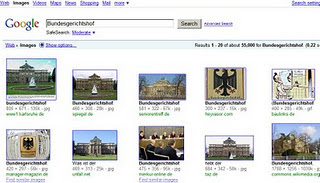 This Kat just about got her head around this legal explanation and the "implied consent" idea and the result makes sense in real life terms. Of course, how can a computer decide whether someone had the right to publish an image?

All good and fine says Merpel but one question appears still open, what about images that have been published on the Internet without the copyright owner ever granting any exploitation rights to anyone? How does all that fit into this logic?

This Kat thinks (or has she got it wrong...) that this question was already answered by the court in Vorschaubilder I last year even though the issue was not relevant for deciding that particular case. Where the images found and displayed by a search engine are posted by unauthorised third parties, the Bundesgerichtshof in Vorschaubilder I referred to the ECJ's then very recent guidance in its AdWord decision in Google France (23 March 2010, C-236/08 - C-238/08, para. 106 pp). By way of reminder, in Google France, the ECJ had found that the liability of a referencing service provider, such as Google, may be limited under the E-Commerce Directive 2000/31. The Bundesgerichtshof in Vorschaubilder I applied the ECJ's guidance and decided that a search engine provider may only be liable for copyright infringement once it had obtained knowledge of the unlawful nature of the data it had stored and then did not act expeditiously to remove or to disable access to that data.

This Kat hopes she understood all this correctly and can't wait for the full text of the decision. In the meantime, the Bundesgerichtshof's press release can be found here.

...and those readers that were wondering about the IPKat's promised report on the German Federal Patent Court's decision on the 'Reichstagsbrand' trade mark: it will be published soon.
Second BGH decision on Google Image search

Reviewed by Birgit Clark on Thursday, October 20, 2011 Rating: 5
The IPKat licenses the use of its blog posts under a Creative Commons Attribution-Non Commercial Licence.