What Happens When Music Enters a House of Worship? 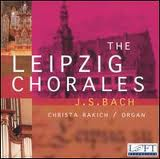 How does copyright deal with musical liturgy? Reaching back to the Middle Ages, the roots of Western music are grounded in liturgical melodies intended to be part and parcel of the liturgy itself. Fast forward to the Baroque Period--Anyone who visits the Old City of Leipzig soon encounters the close connection between Bach and the local churches. Indeed, during his 27-year tenure there (1723-1750), he was responsible for the music in the town's four churches. It is no accident that the local museum in the shadow of a major church for which Bach had respnsibilities. His music straddles the boundary between sacred and secular.

But all of this occurred before the presence of national copyright laws and the nearly total secularization of music. I say "nearly", because the connection between music and liturgy is still alive. I had a reminder this past Saturday during the devotional services that are part of the Jewish Day of Atonement. In particular, there is a certain part of the religious service where congregational chanting makes use of a melody composed some 20 years ago by a revered Israeli composer--Yair Rosenblum. Rosenblum made use of a prayer nearly 1,000 years old called Un'taneh Tokef, here, but he composed a new melody to these ancient devotional words. The result was an instant success and today this melody is played time after time over the popular airways, particularly around this time of year.

But not only is the melody broadcast on radio and television. It turns out that it has also become part of the melody for the prayers chanted within the synagogue itself. And in that lies the question--what should be the copyright treatment of this congregational chanting of Rosenblum's popular liturgical melody?

The copyright purist in me wants to treats such congregational chanting as a public performance. If so, and if we assume that the portion of the melody that is typically chanted constitutes a material reproduction of the melody (qualitative, if not necessarily quantitative), what should be the copyright treatment of this performance? After all, I assume that when this melody is broadcast over the radio, the performing station is liable for payment of this public performance to the local collecting society. However, I also assume that no one seriously contemplates seeking to assess the local synagogue for the congregational chanting of the melody. What accounts for this presumed difference in treatment? I am not certain that I have the answer. 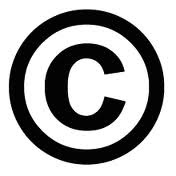 1. Fair use--It does not seem that the congregational chanting constitutes "fair use" within the American meaning of the notion. All we need to do is consider the first element of the test for fair use--whether the use is transformative. There does not appear to be any transformation taking place here. The melody is meant to be sung and that is exactly what is taking place.

2. Enumerated exception--I am not familiar with any explicit exception that covers this situation in those copyright laws that provide for a system of enumerated exceptions (that said, I would be delighted to be informed otherwise by readers.)

3. Implied licence-- "Implied licence", which is really a form of defence that is recognized under the specific circumstances of an action in which it is pleaded. The argument would be that when a composer such as Rosenblum composes a melody that has potential exploitation in the context of religious services, it is presumed that no enforcement of the right is intended.

4. Separation of church and state--In jurisdictions, such as the US, where there is a constitutional separation of church and state, a claim might be made that enforcement of copyright in a house of worship would run afoul of this right. This appears to be a weak argument, however, since houses of worship are subject to a raft of "secular" laws, and there does not appear to be any reason why copyright should be treated in a special manner.

5. Absence of a means of enforcement--It can be argued that, whatever the validity of the claim for copyright based on public performance, there is simply no means to enforce the right under the circumstances. Indeed, any attempt to do so would be against public policy.

6. No public performance--While local copyright law sometimes has construed "what is a public performance" in a manner different from what might be expected based on the natural meaning of the term, the result is usually in the opposite direction: courts find that there has been a public performance in less than intuitive circumstances (such as piping of music from a radio station to a hotel room in the good old days). I find it difficult to fathom that congregational chanting would not constitute a public performance.

At the end of the day, this Kat remains uncertain about the appropriate legal principle to be applied, although he is certain that the local collecting society will not be initiating an action for remuneration against his local congregation.
What Happens When Music Enters a House of Worship?

Reviewed by Neil Wilkof on Monday, October 10, 2011 Rating: 5
The IPKat licenses the use of its blog posts under a Creative Commons Attribution-Non Commercial Licence.