Recording a Patent Licence: Is There a Reason for Doing So? 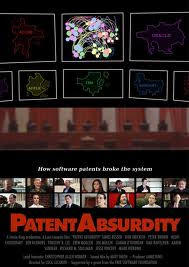 I recently had occasion to revisit one of those issues in patent law that has always left this Kat perplexed. That issue is the recordal of a patent licence on various national registries. Consider, for example, section 87 of the Israel Patent Law, which provides that a patent licence, whether exclusive or non-exclusive, "is effective only as between the parties, unless it was registered under this Law." The provision seems simple enough on its face, until one tries to parse the provision. When that happens, the rationale and underpinning for the recording of licences becomes increasingly murky. And so, one is left with the question: what exactly is going on here?

Let's start by first digressing to trade marks. There was a time when the Anglo-inspired registered user provisions were in widespread effect, that registration of a licence was viewed as material for ensuring the validity of the licensed mark. The idea was that, by virtue of the recordal, there was a modicum of certainty that the licence met the quality control requirements that served as the legal bedrock for permitting trade mark licensing within the source theory framework. The most notable jurisdiction that provided for recordal of a trade mark licence was the UK. Even in the UK, however, the courts were not prepared to hold that recordal was madatory but merely permissive. The moral -- even when recordal of a licence could be seen as material to the validity of the underlying intellectual property right, i.e., trade marks, the law was reluctant to construe the obligation as required.

By contrast, there is no such necessary connection between a patent licence and recordal on the Registry. The patent right is not tied to use and, even for those jurisdictions that provide for a compulsory licence, such licensed use is not tied to the validity of the patent. The justification, if any, for recordal must be found elswhere. I can think of two possible reasons: (i) anchor the exclusive licensee's right of suit; (ii) provide notice to third parties. As a matter of providing a justification, the former seems doubtful, the latter insufficient, especially in light of the potentially undesirable consequences of being required to disclose the existence of a licence to the public. 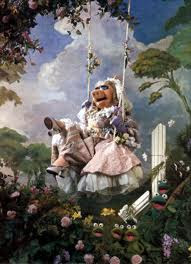 As for putting third parties on notice, there is certainly a certain logic in recording a licence for this purpose. Under such a scheme, a third party who might enter into a later, purported "exclusive" licence is estopped from claiming that he was deceived, because the recordal constitutes constructive notice of the existence of the licence. That said, this possibility seems so remote and, frankly, it is not a front-and-centre issue in the larger picture of patent law and practice, certainly not to the extent that a fully-fledged recordal system should be put into place.

This conclusion is strengthened when one considers that the parties to the licence might have sound commercial or strategic reasons to keep the existence of the licence a secret. Given this possibility, it seems to be statutory overreach for the statutory regulation of patents to force the licensor and licensee to choose between compliance with the recordal requirement and protection of legitimate commercial interests. Moreover, unlike the treatment of trade mark licences, at least under the ancien regime, there does not appear to be any reasonable sanction that could be put in place in the event of failure to record a licence.

The upshot of this Kat's ruminations leads him to the conclusion: recordal of a patent licence is unnecessary, although a totally permissive system that allows the parties to record the licence as a form of notice to third parties is not out of the question. Against this backdrop, this Kat would be delighted to hear from readers about the position of the recordal of a patent licence in the reader's jurisdiction.
Recording a Patent Licence: Is There a Reason for Doing So?

Reviewed by Neil Wilkof on Wednesday, December 21, 2011 Rating: 5
The IPKat licenses the use of its blog posts under a Creative Commons Attribution-Non Commercial Licence.