InternKats: Sophie Corke, Magdaleen Jooste, and Anastasiia Kyrylenko.
Home broccoli epo melons tomatoes / What lovely melons – and the EPO wants you to know about them

The EPO from time to time posts on its website news articles about interesting patents that it is currently handling, usually because they are under opposition. The so-called “broccoli” and “tomato” patents, that were the subject of Enlarged Board of Appeal decisions G 2/07 and G 1/08 respectively, were each the subject of press releases announcing subsequent procedural steps (for example here about Oral Proceedings on the "tomato" patent , here and here about cancellation of Oral Proceedings for the "broccoli" patent, and here for a blog from the EPO President).

Continuing the fruity theme, the EPO is now kindly keeping us updated about the “melon” patent EP1962578 belonging to Monsanto.  This case has not graced the elevated halls of the Enlarged Boards of Appeal.  In fact, it has only just been opposed (by Nunhems B.V. and a consortium acting under the heading “No patents on seeds”). The EPO’s press release says there have been many enquiries about this case.  Accordingly, it has prepared a set of FAQ, housed on the EPO website under “Patenting Issues” – rubbing shoulders with the likes of the Unitary Patent, International Year of Chemistry, Machine Translation, and Patent Quality.
The FAQ tell us nicely about the patent: 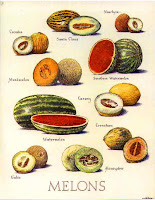 The patent relates to melon plants resistant to a virus - cucurbit yellow stunting disorder virus (CYSDV) - that attacks melons, turning them yellow and reducing fruit yield. The plants are made resistant by the introduction of a gene from another melon plant by way of a conventional breeding method involving the use of a genetic marker ("marker-assisted breeding"). The gene which is responsible for the resistance was first found in a melon plant in India and catalogued in 1961. It has been publicly available since 1966.

The patent covers the modified plant, parts of the plant and its fruits and seeds, but not the breeding process for obtaining the plant.

The patent application was filed with the EPO on 21 December 2006 and the grant of the patent became effective on 4 May 2011. The patent is owned by Monsanto Invest B.V.

The FAQ then move to more general topics:

What is the legal basis for granting European patents?What does "opposition" mean?Why was the "melon patent" opposed, and by whom?Is it possible to grant patents on plants?And then to the most extensive section – How many patents has the EPO granted in the area of plants? 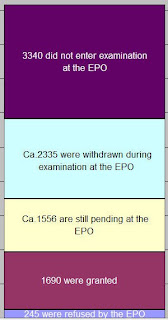 The IPKat found the last section an interesting read about the statistics of European patents in this field.  Apparently, 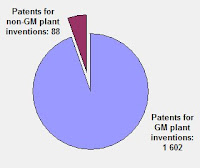 “of the 13 848 patent applications relating to plants published by the EPO since 1990, 1 690 ended with the grant of a European patent. Of these, only 88 are patents for non-GM plants, while 1 602 relate to genetically modified plants”

Merpel thinks that the EPO adopts a rather defensive tone in the FAQ, and wonders why.  She also wonders why this patent has aroused such interest in the EPO press office at this rather early stage.


The IPKat is musing on another aspect of the timing of the press release – just after the expiry of the opposition period.  Would it have been permissible for the EPO to announce the patent just before the end of the opposition period, possibly bringing it to the attention of someone who would otherwise be unaware of its existence, and thereby prompting them to oppose it?  Readers thoughts and comments are welcomed.
What lovely melons – and the EPO wants you to know about them

Reviewed by Darren Smyth on Monday, February 27, 2012 Rating: 5
The IPKat licenses the use of its blog posts under a Creative Commons Attribution-Non Commercial Licence.