But what about practice points for the potential IP defendant? 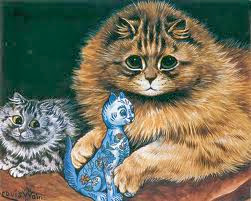 Every so often this Kat reads something about IP that seems to address an issue in the obvious fashion, but which becomes less self-evident the more that he thinks about it. Is it misplaced complacency that has kept this Kat from challenging the matter previously, or is he being guilty of overweening skepticism? Consider the question: why is it that when we talk about “practice points” or the “practical significance” of a case, discussion is almost always about steps that someone in the plaintiff’s position (rather than the defendant's) might consider taking. Why should this be so?Take, for example, the March 2014 issue of the Journal of Intellectual Property Law & Practice, otherwise known as JIPLP, and the “Current Intelligence” report by Katfriend Iona Silverman, of Baker & McKenzie in London. [Full disclosure: this Kat has proudly been a long-time member of the Editorial Board of JIPLP.] Entitled “SAS: major software copyright ruling upheld”, Silverman provides an elegant summary of the Court of Appeal decision in SAS Institute Inc. v World Program Ltd [2013], here.  At the end of the report, she offers several suggestions whereby persons situated analogously to the unsuccessful plaintiff might improve their own legal position. Attention to the defendant and its like is nowhere to be found.

The case itself dealt with a fundamental issue of copyright law as it applies to the protection of computer software, namely to what extent can infringement of copyright be found when the defendant emulates the functionality of the plaintiff’s software, but does so without access to the plaintiff’s computer code. This Kat, being a hoary type, recalls the tumult that accompanied the 1986 decision by the U.S. Third Circuit Court of Appeals in Whelan, here, wherein the court gave a broad interpretation of the meaning of look and feel to encompass the functional emulation of the plaintiff’s software by the defendant. The application of the look and feel/structure, sequence and organization approach to the protection of computer software was later significantly circumscribed, most notably by the decision of the Second Circuit Court of Appeals in Computer Associates, here. Still, it would be fair to say that the approach espoused by the Whelan court has not completely disappeared, depending upon the particular circumstances of the case under consideration (the U.S. Supreme Court has never squarely ruled on the question.)

Against this jurisprudential background in place across the Atlantic pond, SAS raised conceptually similar questions. After a referral to the CJEU, followed by a decision by the High Court, the Court of Appeal for England and Wales was called upon to rule on the matter. Silverman well describes the considerations of the Court of Appeal before concluding as follows:


“It is now abundantly clear that the functionality of a computer program (its look and feel”) cannot be protected by copyright; nor can a computer language. The supporting materials may be protected (such as the manual, which is protected by literary copyright). However, companies may unpick their competitors’ programs to create their own version. In particular, assuming they do not have access to the source code, anyone may ‘observe, study or test the functioning of a program’ to try to understand and ultimately recreate it.”

It would seem that this decision has “put paid” to this question under English copyright law. But Silverman then goes on:


“Website creators are advised to consider other intellectual property rights to protect their creations: by including branding, logos, graphics or features protected by design right they will be able to invoke trade mark, passing off, copyright or design rights to obtain some additional protection (over and above the copyright in the code)? Additionally, consideration should always be given to the question of whether any new functionality is patentable.” 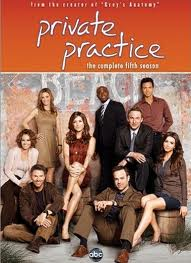 These are all sound suggestions—for a potential plaintiff.  In so suggesting, however, there is a whiff that something was “not fair” in the decision reached by the court in ruling that no copyright had been infringed. After all, the plaintiff presumably spent significant time and money in developing its software. If so, if might seem, “it’s just not right” that the court ruled against the plaintiff, solely because copyright law does not come to the plaintiff’s aid. (“If only the plaintiff had obtained a patent ….”) Such a plaintiff still deserves some kind of enforceable legal right under the circumstances; all that is necessary is find what IP right might still apply. But why shouldn’t the interests of third parties interested in avoiding a law suit from such a potential plaintiff also be addressed in the “practice points”? After all, it is as much an interest of the IP system to enable a third party to avoid acts of infringement (and thereby not require litigation that calls on the resources of the judicial system) as it is for the system to enable a rightsholder to assert its IP rights legitimately. Both avoidance of litigation as well the enforcement of rights are essential, but one is not more important than the other, especially in the context of intellectual property. Perhaps the place to start is precisely with such “practice points”.
But what about practice points for the potential IP defendant?

Reviewed by Neil Wilkof on Friday, March 21, 2014 Rating: 5
The IPKat licenses the use of its blog posts under a Creative Commons Attribution-Non Commercial Licence.