Should a country be concerned about its “national brand”? In particular, what role should designations— such as “Made in France” and “The Brand France”-- play place in an economy, especially in the developed world? These questions were raised in an article that appeared last month in Bloomberg Businessweek. Entitled “Last French Beret Maker Fights for Survival in Hollande Test”, here, the article discusses the travails of the domestic French beret industry, which is down to one French manufacturer, a 174-year old company located in the foothills of the French Pyrenees, called Laulhere, here. But the story of the local beret industry is merely a jumping-off point for a consideration of how, and indeed whether, a country should be concerned about its national brand identity as an instrument of economic policy.

First the saga of the French beret. The Laulhere company recently purchased its sole French competitor, a 200-year old company called Blancq-Olibet, in an attempt to keep beret manufacture in France, where it is reported to have begun several centuries ago. The beret was developed by the local shepherds as headwear particularly suitable for the region’s damp, dank climate. Round and flat in design, the traditional French beret is made out of one-half mile in length of merino wool with a leather ring inside to keep the hat securely on one’s head. From a Pyrenees cottage industry in the 19th century, the beret became a fashion statement for women in the 1930s, a symbol of the Resistance during World War II, and a staple for many armed services around the world in more recent times. But lower-priced competition from manufacturers in countries such as China, Pakistan, India and the Czech Republic has ravaged the domestic French beret industry. It may be, as claimed, that ‘[i]f you don’t want to smell like a sock wearing a wet beret, only our traditional French beret doesn’t retain odors.” As such, the Laulhere website proclaims—“”To us, ‘Made in France’ still means something.” But such claims do not seem to have arrested the decline of the French beret industry.

Undaunted, the efforts by Laulhere to save the last remnants of the local beret industry have resonated more generally at the highest levels. Thus Prime Minister Jean-Marc Ayrault is reported to have hosted a dinner in mid-February with dozens of foreign entrepreneurs and investors in attendance. The focus was on what Prime Minister Ayrault called “The Brand France” (though this Kat wonders whether he used the French form of the phrase). In addition, the French Minister of Industry, Arnaud Montebourg, is reported on concentrating on so-called “iconic French products and the “Made in France” label to create local jobs. Not content with mere declarations, Minister Montebourg, in October 2012, “posed on the cover of Le Parisien Magazine before the French flag in a sailor’s jersey, wearing a “Michel Herbelin watch and holding a Moulinex—all made in France—to defend the country’s industry.” More recently, in April of last year, he visited various booths at the “Made in France” fair, during which he wore a Laulhere beret to drive home the point. The message is clear— “iconic” French products, “Made in France” are to be encouraged for the purpose of enhancing domestic French manufacture and, with it, local jobs.

And so the question: does the message—“Made in France”—have any significant branding traction? This Kat, a while ago, considered the “Made in Switzerland” designation for watches and considered Swiss legislation intended to regulate the use of such a description on watches of mixed Swiss and non-Swiss provenance, here. It can reasonably be argued that Swiss manufacture qua manufacture has a sufficiently good reputation such that the “Made in Switzerland” designation, at least as applied to specific products, is a valuable branding tool. This Kat is not certain whether French manufacture (as opposed to French “style” or “design”) enjoys the same reputational status. For sure, there are world-class French products whose name is not merely recognized as a well-known brand, but also that the name and brand is associated with France. But there is no general perception of French manufacturing excellence in the way that “Made in Switzerland’ is perceived. 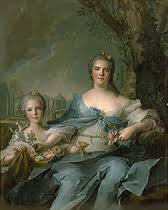 As such, this Kat would like to make a heretical suggestion to French policy makers. Instead of seeking to promote “Made in France”, which is of dubious branding value, take a cue from Apple Corporation and its iconic iPod, IPhone and IPad products. These products are not manufactured in the U.S., but that is of no consequence. What is important, at the level of national branding, is that design and related activities are US-based and it is Apple design that gives these products their competitive advantage. In the same way, it is not manufacturing prowess, but distinctive style and design, which is most closely identified with world-beating French products. Once this appreciated, the focus of France as a national brand will be best enhanced not by pushing “Made in France” but rather by using the slogan--“Designed in France”. From the policy perspective, design excellence and its spill-overs create local jobs in a value-added way that may well be more resilient to non-French competition than is the domestic manufacturing sector. Whether French design can come to aid of the French beret industry is, however, very much an open question.
"Made in France"--non; "Designed in France"--oui

Reviewed by Neil Wilkof on Thursday, March 13, 2014 Rating: 5
The IPKat licenses the use of its blog posts under a Creative Commons Attribution-Non Commercial Licence.