Unilever's Ariel assault on P&G: a victory/defeat in the Netherlands

Jeremy Sunday, March 02, 2014 - Jeremy Phillips, Netherlands, patent infringement, patent validity
For at least one Shakespeare-loving Kat, the name Ariel will always be synonymous with a character in his play The Tempest.  However, for the literally Great Unwashed, the word conjures up a brand of laundry detergent sold with great success by Procter & Gamble.  Given the connections with sorcery and satanism that P&G has long sought to deny, the choice of the name Ariel, he (or possibly she) being a sprite or demon always seemed a little daring.  Be that as it may, from Denise Verdoold and Maarten Rijks (both of Banning NV, The Netherands), comes news of a curious episode of litigation between PG and arch rival Unilever which seems to have had quite a twist in its tail.  They write:

Unilever's ‘laundry detergent war’ against Procter & Gamble in the Netherlands 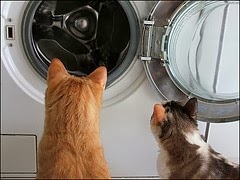 Last December, in a decision you can read here, the Presiding Judge of the District Court The Hague in preliminary proceedings ordered Procter & Gamble to stop selling water-soluble packages containing laundry detergent marketed under the name Ariel 3-in-1 Pods in the Netherlands, subject to an immediately payable penalty of € 100,000 per day with a maximum of € 2,500,000. According to the Presiding Judge, the Ariel 3-in-1 Pods infringed European Patent 1 361 172 (“EP ), of which the Dutch part was owned by Unilever NV.  Moreover, P&G was ordered to remunerate Unilever’s legal costs amounting to € 250,000 and to recall all infringing products still in stock of P&G’s professional customers in the .


EP 172, filed on , claimed priority from GB 9906175, filed on . The patent concerned the protection of a water-soluble package containing a laundry detergent for release on dissolution of the package. According to the description, EP 172 aims to overcome at least some of the problems related to the prevalent forms of laundry detergents such as washing powders and granules. It contained ten product claims, nine of which were dependent, and five process claims, one for the machine-washing of laundry and four for the production of a water soluble package.

The grant of EP 172 was opposed by, inter alia, P&G on the grounds that the subject matter was not patentable under the EPC and that the patent contained added subject matter in view of its parent application WO 00/55068. In 27 June 2012 the European Patent Office’s Opposition Division upheld EP amended form, amending claim 1 by deleting the words “or gel” so that the claim was only for liquid and not for gel laundry detergents. The Division also deleted four process claims for the production of a water-soluble package.

According to the amended claim 1, the water-soluble package for which protection is sought had five characteristics:

The other nine product claims sought to protect packages according to claim 1, each claiming slightly different characteristics, such as a different viscosity or different shape of the base wall.

P&G disputed the infringement based on two main grounds. First, P&G asserted that its Ariel 3-in-1 Pods did not contain a base wall and that this base wall was not rectangular or square shaped. P&G interpreted this characteristic as if the package under EP 172 had to be formed of a flat base on a which a dome was placed -- unsurprisingly, since the drawings in EP 172 all showed (two examples) packages with a flat base:

The Presiding Judge however ruled differently and pointed out that, although all drawings showed packages with a flat base and this pointed to the preference for a flat base, the scope of protection of claim 1 of EP 172 — interpreted by the skilled person in the art —  also extended to packages with a base with a somewhat convex shape (like that used in the Ariel 3-in-1 Pods). One of the reasons for this broad scope of protection was derived from claim 2 of EP 172 which explicitly mentions a “somewhat concave or convex” shape.

P&G also asserted that the Ariel 3-in-1 Pods contain two additional compartments that were fitted to the base wall but this argument was denied by the Presiding Judge:

“Unilever rightly pointed out that infringement cannot be escaped by adding something to a feature that is present. The compartments do not diminish the fact that the Ariel Pods have a base wall as claimed in claim 1, that also performs the function of a base wall according to EP 172, namely that of a seal.”

In conclusion, the Presiding Judge ruled that P&G infringed EP 172 with the sale of its Ariel 3-in-1 Pods in the Netherlands. The Dutch decision referred to several comparable cases between Unilever and P&G in —  inter alia —  the UK and France, and the first judgment in proceedings on the merits had been expected in the Netherlands -- but there's a sequel to all of this.

Denise and Maarten tell us that it was subsequently reported in the Financieel Dagblad (the Dutch equivalent of the Financial Times) that Unilever had apparently withdrawn itself from the opposition proceedings before the EPO regarding the patent in issue, and that it will not enforce the decision of the Presiding Judge of the District Court of The Hague discussed above. The swiftly-lodged appeal against that decision has also been withdrawn (most likely by P&G after learning from the withdrawal of Unilever from the opposition proceedings).  Finally, Unilever is said to have informed P&G that it can regard the decision of the District Court of as null and void. Willem Hoyng (acting for P&G) told the Financieel Dagblad that these latest developments mean a ‘complete victory’ for P&G. There are hints of possible proceedings to recover damages in respect of the losses incurred by P&G.  Therefore, it seems that Unilever may have won the first battle but lost the war…

Unilever's Ariel assault on P&G: a victory/defeat in the Netherlands

Reviewed by Jeremy on Sunday, March 02, 2014 Rating: 5
The IPKat licenses the use of its blog posts under a Creative Commons Attribution-Non Commercial Licence.