Do you know know what your child is watching? More news, less copyright? 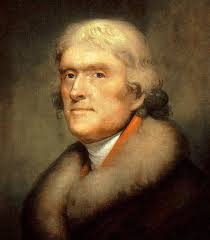 Is copyright inimical to maintaining a robust and informed public? First the optimistic view. Over a decade ago, Professor William Fisher of Harvard published a book chapter, here, in which he sought to identify four major theories of intellectual property (for a discussion of Fisher’s article, see here). The final theory discussed was described as “an eclectic cluster of political and legal theorists”, ranging from the time of Thomas Jefferson (right) to the present. The focus of this theory, as expressed by a leading proponent, Professor Neil Netanel of UCLA, is to fashion a vision of copyright intending to serve “a robust, participatory, and pluralist civil society,” where “unions, churches, political and social movements, civic and neighborhood associations, schools of thought, and educational institutions” abound.

Now for the less encouraging view: consider the conclusion offered by the "Lexington" columnist of The Economist in its Janaury 25, 2014 issue, here, in discussing whether cable news networks, and in particular, Fox News, on the right, and MSNBC , on the left, have had a material effect on the toxic, polarized political climate in the U.S. The thinking goes that once upon a time television viewers in droves tended to all watch the same early evening network news presented by one of the three national television networks (ABC,CBS and NBC), which were all obliged to provide “balanced” news. President Reagan eliminated the balanced-news requirements, and cable has increasingly become the channel of viewing choice, whereby righties only watch Fox News and lefties only view MSNBC. The claimed result—an ever more polarized populace.

In point of apparent fact, however, as argued by Professor Markus Prior of Princeton, only 10%-15% of the voting age population views more than 10 minutes of cable news on a daily basis. If lucky, two million viewers might be watching the cable news, which amount to only 0.8% of voting-age Americans. Moreover, watching the news is increasingly subject to a generational divide. As reported in the column,


“[n]ews-lovers are greying (hence all those arthritis ads on TV). For several years most young Americans have told Pew that they do not “enjoy” following news, in any medium. They don’t seem to be changing their minds as they age.” (This Kat trundles to work every day on a daily basis and his anecdotal impression of who is reading what, motion sickness not to the contrary, confirms this observation.)

The upshot is that, for a small number of true believers on each of the political left and political right, attention is still paid to the preferred cable news programme (as well as the politically partisan radio talk shows). As for the rest, reality shows, or sports, or the Ellen DeGeneres selfie at the Oscar ceremonies, the most retweeted item ever (see fellow Kat Eleonora’s brilliant seizure of that moment, here), are wildly more viewed. 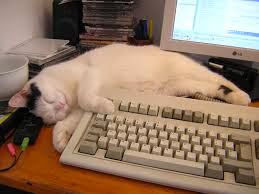 So what is the copyright aspect here? First, as noted above, there is a view of copyright that seeks to tie it to a broad array of civic-positive (Western? American?) values. As such, at least for some copyright thinkers, copyright is at the front lines of cultivating an informed and collectively balanced public. If that is the goal, then the observations made by "Lexington" about the hollowing out of the news viewing population, and the generational divide about the value of following news at all, would appear to pose a possibly fatal challenge to such a position. This may be so because copyright has succeeded in what it is intended (at least in part) to do, namely to encourage the creation of content for the widest possible aggregate audience. The relentless development of the means of distribution, from a limited number of national broadcast companies to cable and satellite systems and the astonishing quantity of content to choose from, to the personalization of content delivery via smartphones and tablets, have created a golden age for consumer choice.

However, such choice is increasingly about being entertained and not being informed. Far be it from this Kat to engage in social psychology, but his sense is that the ability for virtually immediate satisfaction of our entertainment wants at the individual level, protected by a robust copyright system, makes news content decreasingly attractive. If the claim is true about the generational divide and the interest of the respective generations in news is accurate, but if we also believe that the consumption of reliable news is essential to ensure an informed public, then one is led to the irreverent conclusion that we should be weakening copyright protection to make it less attractive to produce creative works for consumption by users at the increasing personal, 24/7 level. Maybe that will make news viewing more attractive in comparison. Somehow this Kat does not think that is what those who champion the role of copyright as serving “a robust, participatory, and pluralist civil society” have in mind.
Do you know know what your child is watching? More news, less copyright?

Reviewed by Neil Wilkof on Friday, March 07, 2014 Rating: 5
The IPKat licenses the use of its blog posts under a Creative Commons Attribution-Non Commercial Licence.