Eleonora Rosati Wednesday, July 23, 2014 - Eleonora Rosati, Katseries, Part I, Report on responses to Public Consultation on Review of EU copyright rules
As this blog reported a few days ago, there were rumours that, whilst publication of the White Paper on EU copyright had been indefinitely delayed at least until September [with the current Commission's term of office running until 31 October 2014], before the summer break there would have been the publication of a report on the 9,500 responses [and a total of over 11,000 messages, including questions and comments] that the 3-month Public Consultation on the Review of EU Copyright Rules [here and here] attracted.


This is indeed what has just happened. Shortly before 5 pm GMT, the Directorate General (DG) for Internal Market and Services of the European Commission released its much-awaited Report.

This Kat has just started reading it (it is quite long as a document), and decided to run a mini-Katseries on its main points.

Let's start now with some data about responses and respondents, and the responses to the questions on cross-border access to content and more rights involved in a single act of exploitation. Further posts will follow tomorrow.

Why so many responses and messages?

The DG seemed to confirm that the main reason why the Public Consultation attracted so many responses was not really because Europe has been suddenly invaded by an army of copyright enthusiasts, but rather because popular stakeholder-driven initiatives such as Fix Copyright!, Creators for Europe and Copywrongs.eu really boosted participation.

As a term of comparison, just think [and read: page 9 of the leaked Impact Assessment, on which see here] that the 2008 Green Paper on Copyright in the Knowledge Economy only attracted something like 350 responses and the 2009 Consultation on Creative Content Online received a bit more than 200 replies.

Those numbers are really depressing if compared to the most recent Public Consultation.

Who took part in it?

Well, the majority of respondents (58.7%) were end users/consumers, followed by authors/performers (24.7%).

Regrettably in this Kat's opinion, only 11 Member States (Denmark, Estonia, France, Germany, Ireland, Italy, Latvia, the Netherlands, Poland, Slovakia, and the United Kingdom) took part in the Public Consultation. Merpel would thus like to launch the campaign #SendCopyrightFolks2Governments.

And now, for the responses - Part I

Unsurprisingly, the vast majority of end user/consumer respondents reported facing problems when trying to access online services in another EU country. They stated that they are regularly confronted with access restrictions depending on the geographic location of their IP address. Besides the already notorious MasterChef Italia drama, this is happening to this Kat right now having purchased Girls on Amazon Instant Video while in the UK, and being unable to stream it in Italy because unavailable in this Member State.

For some services, consumers/end users reported being redirected to a national website when trying to access the same service in a website with a different geographical location. 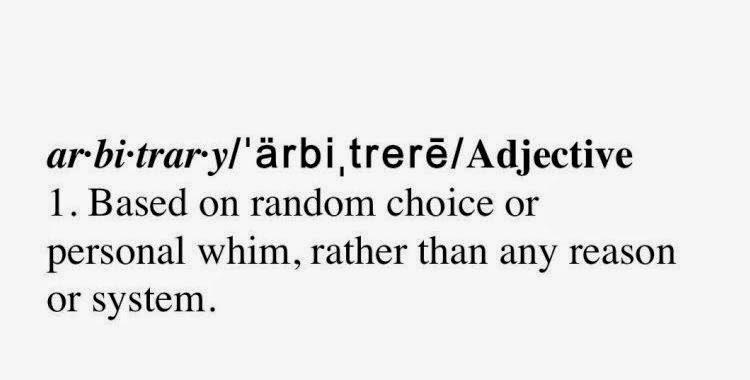 So? "In general, end users/consumers would like to be able to access all content from any online stores whether directed to the Member State in which they reside or not. At the minimum, many consumers say, there should be transparency as to the possibilities of accessing content cross-border and on territorial restrictions. They consider the blocking of content to be mostly arbitrary and unpredictable."

Institutional users like libraries lamented that it is very difficult to negotiate licences and manage subscriptions for multiple Member States.

Interestingly, authors/performers and publishers/producers/broadcasters generally considered that the deficit of cross-border accessibility of content does not result from the fact that copyright is territorial or from problems in licensing, since multi-territorial licences are available. In other words, it is not really a copyright problem. Well, says Merpel, then it may be a problem of ... competition? She adds: don't forget the ongoing investigation into Pay TV services.

2. The rights relevant for digital transmissions: the ‘making available’ and the ‘reproduction’ rights

Unsurprisingly, not many end users/consumers expressed a view on the scope of exclusive rights that apply to digital transmissions. Of those who did, a large majority found the scope of the making available right unclear.

As to the possible solutions, views were divided. Certain individual consumers and organisations representing them expressed a preference for the country of origin approach, claiming that targeting [which the CJEU appeared to reject in respect of jurisdiction in Pinckney and Hi Hotel] seems more complex and difficult to apply in the online world.

Others considered that the country-of-origin approach would require a much higher level of harmonisation of copyright law at EU level than at present and therefore saw the targeting approach as more suitable for now.

Authors and performers were in principle opposed to the country of origin approach as a solution for clarifying the territorial scope of the making available rights and indicated potential problems with forum shopping.

Most of the end users/consumers said that the practice of licensing the reproduction right and the making available right separately is not fit for purpose in the digital environment.

On the application of the two rights a large proportion of broadcasters indicated that if the reproduction is only ancillary to the given form of exploitation, it should be assumed that the licence for the main copyright act also covers such ancillary reproductions. Others indicated that in such a situation both rights should be licensed together.

While collective management organisations stated that no licensing problems have arisen from the fact that both the reproduction and the making available rights have to be licensed for the digital exploitation, intermediaries/service providers said that the application of two rights to a single act of exploitation increases transaction costs, as they have to contract with multiple licensors and make multiple payments

Some Member States pointed to some lack of clarity with regard to the scope of the making available right and the boundaries between the rights of making available and reproduction (emerged also the level of national case law), but overall they did not consider this a top priority area for the EU.

Stay tuned for consideration of the other issues, starting with linking and browsing in the next post of this series.
BREAKING: Report on responses to Public Consultation on EU copyright now available

Reviewed by Eleonora Rosati on Wednesday, July 23, 2014 Rating: 5
The IPKat licenses the use of its blog posts under a Creative Commons Attribution-Non Commercial Licence.