On 17 July 2014, Advocate General Cruz Villalón delivered his Opinion in Case C-364/13 International Stem Cell Corporation v Comptroller General of Patents, recommending that the CJEU allow patenting of “unfertilised human ova whose division and further development have been stimulated by parthenogenesis”.  This would be achieved by excluding such cells from the term ‘human embryos’ in Article 6(2)(c) of Directive 98/44 (Biotechnology Directive) “as long as they are not capable of developing into a human being and have not been genetically manipulated to acquire such a capacity".

To refresh readers’ memories, the case was referred to the CJEU by Henry Carr QC on appeal from a decision of the examiner that International Stem Cell Corporation’s (ISC) applications were contrary to Article 6(2)(c) of the Biotechnology Directive. The question referred to the CJEU was:

“Are unfertilised human ova whose division and further development have been stimulated by parthenogenesis, and which, in contrast to fertilised ova, contain only pluripotent cells and are incapable of developing into human beings, included in the term “human embryos” in Article 6(2)(c) of Directive 98/44 on the Legal Protection of Biotechnological Inventions?”

In seeking to persuade the CJEU of his answer to this question, AG Villalón starts by explaining that the question is identical to Brüstle, but with one critical difference – the cells in question are activated by parthenogenesis and therefore are incapable of developing into human beings.

By way of background, parthenogenesis is a method by which unfertilised ova are artificially induced into cell division by chemical and electrical techniques (cells derived in this way are referred as "parthenotes").  However, due to absence of fertilisation, parthenotes lack paternal DNA which means human parthenotes can never develop into human beings. This stems from the fact that expression of certain maternal and paternal genes are essential to drive development forward at the very early stages post fertilisation, a concept known as "genomic imprinting". As AG Villalón explains under current scientific understanding parthenotes would not be categorised as totipotent cells, and would, at best, be "pluripotent" cells.

So what does this distinction amount to?  First, totipotent cells (“toti” means “entire or whole” in Latin) are those which are capable of developing into an entire organism. A good example of this would be a fertilised ovum.   On the other hand, pluripotent cells (“pluri” means “several or many” in Latin) can turn into most cell types but crucially, if left on their own, lack the ability to develop into an entire organism.

The distinction is a very important one as whilst the preamble of the Biotechnology Directive states that human totipotent cells should be excluded from patentability, AG Bot and the CJEU in Brüstle did not have any issue with patentability of pluripotent cells (leaving aside the issue of whether such pluripotent stem cells originated from a human embryo).   On the contrary, in his Opinion AG Bot, stated that “pluripotent cell in isolation cannot therefore be regarded as constituting an embryo itself”.   Based on this, the heart of the ISC case was whether parthenotes should be categorised as ‘totipotent’ or ‘pluripotent’ and thus whether they should be patentable.

Readers will recall that, in Brüstle, the CJEU held that parthenotes are human embryos capable of developing into a human being and, therefore, are excluded from patentability. In his analysis, AG Villalón disagrees with AG Bot’s characterisation that parthenotes and non-fertilised ova subjected to somatic-cell nuclear transfer are the same and both capable of developing into a human being (this characterisation was followed by the CJEU). AG Villalón argues that the CJEU at the time of judgment did not have the correct scientific understanding of parthenotes. He states that the key criterion for parthenotes being categorised as human embryos (and hence excluded from patentability) is whether they are inherently capable of developing into a human being.  AG Villalón sets out as follows:

“According to my reading of the Court’s argument, the decisive criterion that should be taken into account for determining whether an unfertilised ovum is a human embryo hence is whether that unfertilised ovum has the inherent capacity of developing into a human being, i.e. whether it really constitutes the functional equivalent of a fertilised ovum.”

Thus, AG Villalón’s Opinion seems to get around the Brüstle decision by carving out parthenotes from being categorised as ‘human embryos’ under Article 6(2)(c) of the Biotechnology Directive.

AG Villalón argues there is a possibility that one day it might be possible for scientists to genetically manipulate a human parthenote so that it acquires the ability to develop into a human being. He notes in particular that the technology has already been successfully tried in mice, and that, if parthenotes acquire such ability, they would no longer be patentable as they would fall within the term ‘human embryos’ under Article 6(2)(c) of the Biotechnology Directive.

If the CJEU follows AG Villalón’s Opinion and adopts the same language in their decision, patentees would therefore need to come up with a specific carve out language when drafting their patents to ensure that they do not fall foul of this decision. 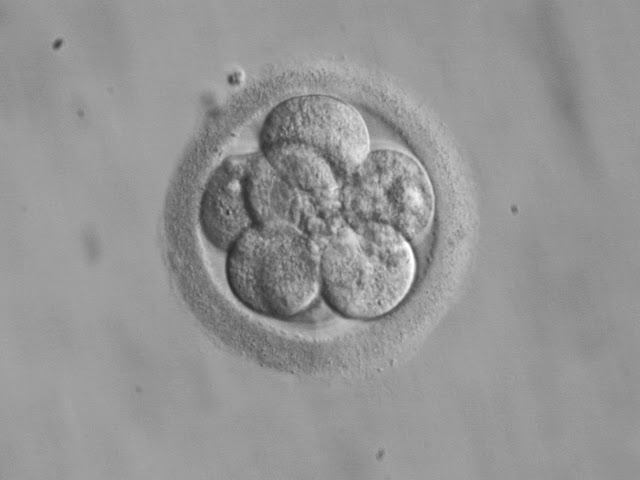 While AG Villalón addresses the issue of morality at paras 32-49 of his Opinion by stating that Article 6(1) and (2) of the Biotechnology Directive should be considered side by side, he does not go further to address the more fundamental question of whether stem cell research generally is contrary to ordre public and morality. This also was not expressly considered in the Brüstle decision. There is, therefore, is a stark lack of discussion on these principles and their intersection with the field of stem cell research, although perhaps they remain too controversial for a clear conclusion to be achieved.

Significance of the Opinion

There is of course no guarantee that the CJEU will follow the approach set out in AG Villalón’s Opinion, but it is hoped that they will do so as it is a sensible analysis based on the existing case law.  In particular, because AG Villalón’s Opinion follows the same reasoning as Brüstle, it should not be too difficult for the CJEU to distinguish this case from their Brüstle decision.

Should the CJEU follow AG Villalón’s decision, it is expected, as in Brüstle, that the EPO will quickly declare that their practice will follow the CJEU’s decision.

The practical impact of such a decision and statement from the EPO, could lead to an increase in patent filings and investment in this area as the decision will have provided a degree of certainty that was absent following Brüstle.  However, any certainty obtained could be defeated once technology advances further (as predicted by AG Villalón).  Such an approach will inevitably lead to additional references in the future.  However, in the meantime, patentees may wish to exercise caution, when referring to ‘human embryos’ in their patent drafting given the degree of confusion by the CJEU as to what this term refers to.

Reviewed by Annsley Merelle Ward on Tuesday, July 22, 2014 Rating: 5
The IPKat licenses the use of its blog posts under a Creative Commons Attribution-Non Commercial Licence.