Jeremy Thursday, July 24, 2014 - England and Wales, Jeremy Phillips, publicity order, relief, trade mark infringement
"Glee" is a word that suggests happiness and pleasure to many, but which has caused the occasional judicial brow to furrow. Last year Mr Justice Birss concluded that there is "no material difference between joy and glee" here.  Unsurprisingly therefore, another judge has found that there's not so much difference between glee and glee. The case in question is Comic Enterprises Ltd v Twentieth Century Fox Film Corporation [2014] EWHC 2286 (Ch), a Chancery Division, England and Wales, decision last week of Roger Wyand QC (Sitting as a Deputy High Court Judge). This decision is still not available on BAILII, but that's no excuse for leaving it to the tender mercies of DOBBIN. so it's being written up with a little help from a LexisNexis case note.  For background to this litigation, readers are referred to earlier Katposts in 2012, here, and then in February of this year, here. 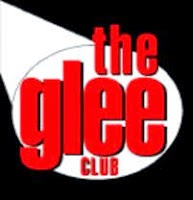 The original infringement proceedings were an action for trade mark infringement and passing off regarding the use of the word 'glee'. Comic owned a series of two UK registered figurative trade marks which featured the words 'The Glee Club'. TCF produced a television series, 'glee', about a fictional singing club at a fictional American high school. No, said the court, there was no passing off, but yes, there had been trade mark infringement.  The question now arose as to what to do about it. Comic wanted  (i) an injunction to restrain trade mark infringement; (ii) delivery up/destruction of infringing materials; (iii) an account of profits; (iv) disclosure of enough information to determine how to proceed in terms of an inquiry into financial relief; (v) a publicity order; and (vi) interim payment pending calculation of the final sum.

Being very judicial about it, Roger Wyand QC ruled as follows:

*While the balance of all the relevant factors favoured the granting of an injunction, such an injunction ought to allow TCF to refer to the fact that the programme had been previously known as 'glee'.

* Comic would be allowed to seek an account of profits on the basis that TCF could provide a rough assessment of the total profit made by the programme. Since the actual figures were commercially sensitive and protected by a confidentiality order, there was no need for TCF to produce extensive disclosure to support that evidence.

* A publicity order to be granted since it was important for viewers of "glee" to know about the court's judgment.

* In terms of timing, it was appropriate to stay the effect of the injunction, but not the publicity order -- since that was important if further damage to Comic's trade mark was to be minimised.

All of this seems reasonable under the circumstances, says the IPKat, who believes that this is the first British case to cross his path since the coming into force of IP Enforcement Directive 2004/48 in which the making of a publicity order has been of such prime importance.  Merpel finds the litigation literally instructive: before it started, she knew about the "glee" programmes but hadn't heard of the Comic Enterprises' Glee Club.

More on this case from the Nottingham Post, the Birmingham Mail and Bloomberg.
Comic relief? Glee Club remedies step into the limelight

Reviewed by Jeremy on Thursday, July 24, 2014 Rating: 5
The IPKat licenses the use of its blog posts under a Creative Commons Attribution-Non Commercial Licence.