KAT-EXCLUSIVE: EU Commission due to issue legislative proposal on content portability in spring 2016, wants to make some exceptions mandatory, and dreams of full copyright harmonisation 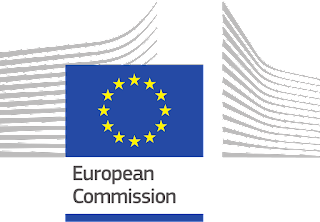 As IPKat readers will promptly recall, last May the EU Commission issued its Digital Single Market Strategy (DSMS) [here and here]. In this document this EU institution promised policy and legislative action in a number of areas, including copyright.

More specifically, in the area of copyright the Commission said that it would launch initiatives to:

(1) get rid of geoblocking and ensure content portability [this would require addressing the fact that, lacking an EU-wide copyright title, national copyright laws are drawn along national borders];
(2) reform some exceptions, and introduce a new exception for text and data mining for commercial and non-commercial purposes alike; and
(3) have a discussion (and possible reform) of the role of online intermediaries and platforms in contrasting online copyright infringements.

What has happened so far has consisted of the launch of two public consultations, one on the potential review of the Satellite and Cable Directive [here], and the other one on online intermediaries and platforms [here].

For a while now there have been rumours that by the end of the year the Commission would either issue legislative proposals or a new communication on the steps to adopt in 2016.

Well, it would appear that both are going to happen sometime in the very near future.

This Kat has just received a copy of a draft communication from the Commission on a "modern, more European copyright framework" from a Brussels insider and Katfriend who wishes to remain anonymous [katpat!].

If adopted in its current form, by taking into account the outcome of the 2014 Public Consultation and the report of the European Parliament on the implementation of the InfoSoc Directive, this draft Communication will "set out a plan that includes targeted actions with proposals in the very short term, including a proposal on the "portability" of online content services presented together with this Communication, a set of proposals planned for 2016, and a long-term vision."

What the Commission will do

Among other things and with particular regard to content portability (or its lack thereof), in its draft communication the Commission highlights how "[t]he territoriality of rights does not prevent the granting of multi-territorial licences, but there are instances where these are difficult or impossible to obtain. Right holders may decide to limit the territorial scope of licences granted to service providers and, as a result, services are limited to one or only certain territories."

In the area of exceptions and limitations, "[t]he general objective is to increase the level of harmonisation, make relevant exceptions mandatory for Member States to implement and ensure that they function across borders within the EU."
With regard to online intermediaries and platforms, the Commission is evaluating whether the safe harbour system should be reformed at all.

In the area of enforcement, the focus will be on the 'Follow the Money' strategy. Overall the Commission will assess options and consider the need to amend the legal framework in the area of IP enforcement by autumn 2016, inter alia to clarify, as appropriate, the rules for identifying infringers, the (cross-border) application of provisional and precautionary measures and injunctions, the calculation and allocation of damages and legal costs.

The future?
As regards its long term strategy the Commission notes how:
"The full harmonisation of copyright in the EU, in the form of a single copyright code and a single copyright title, would require substantial changes in the way our rules work today. Areas that have so far been left to the discretion of national legislators would have to be harmonised. Uniform application of the rules would call for a single copyright jurisdiction with its own tribunal, so that inconsistent case law does not lead to more fragmentation.
These complexities cannot be a reason to relinquish this vision as a long-term target. Notwithstanding the particularities of copyright and its link with national cultures, difficulties and long lead-times have also accompanied the creation of single titles and single rulebooks in other areas of intellectual property, notably trademarks and patents, where they are now a reality.
The EU should pursue this vision for the very same reason it has given itself common copyright legislation: to build the EU’s single market, a thriving European economy and a space where the diverse cultural and intellectual production of Europe travel across the EU as freely as possible."

Overall from the draft document it would appear that the Commission will:

(1) Issue a legislative proposal on content portability in Spring 2016;
(2) Take steps to propose legislation that would implement the WIPO Marrakesh Treaty. This would result in the adoption of a mandatory, harmonised EU exception allowing for the making and dissemination, including across borders, of special formats of print material to the benefit of people with print disabilities.
(3) Take action in the area of exceptions and limitations, for instance in respect of text and data mining for public interest research organisations.
(4) Clarify the scope of EU exceptions for teaching (with regard to online remote learning), preservation, freedom of panorama.
(5) Consider if and how the current lack of harmonisation in the area of private copying levies raises internal market issues.
(6) Consider whether action is needed on the definition of the rights of ‘communication to the public’ and of ‘making available’.
(7) Consider a ‘follow-the-money’ approach, which sees the involvement of different types of intermediary service providers.

Overall this Kat finds this document much bolder than the text of the DSMS could have possibly anticipated, so she hopes that the Commission will continue along this path.

You can access the text of the draft Communication from the Commission here.
KAT-EXCLUSIVE: EU Commission due to issue legislative proposal on content portability in spring 2016, wants to make some exceptions mandatory, and dreams of full copyright harmonisation

Reviewed by Eleonora Rosati on Thursday, November 05, 2015 Rating: 5
The IPKat licenses the use of its blog posts under a Creative Commons Attribution-Non Commercial Licence.