The best coffee brand that you never heard of: COFIX as the brand of the year 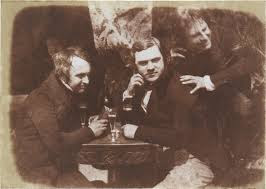 A number of years ago, this Kat was sharing a drink in Geneva with a veteran member of the WIPO staff, who had spent much of his time in patent-related activities. I don’t recall the exact context, but at some point he took a deep breath and (more or less) declared: “At the end of the day, it is all about brands. Nothing else really matters.”

From the point of view of legal practice, this Kat would not argue—after all, trade marks have helped support Mrs. Kat and the kittens for nearly 30 years. But that is not what this WIPO interlocutor had in mind. He meant creative brands that make a difference in the marketplace. At the end of the day, we protect marks because they form the legal lynchpin for what might hopefully become a successful brand, with the power to attract and expand custom for its owner. Such brands are few and far between, but one recently came to mind, so much so that it reminded me of my colleague’s declaration—except for brands, “nothing else really matters.”

We are talking about an Israeli company called Cofix, which in a few short years has made the selling of various consumer products, all at the same single, low-price point while turning the purchasing experience into an experience that is ”cool” for all concerned. The company began with a single idea—selling a cup of coffee at the price of five Israeli shekels, being the dollar equivalent of $1.30. Doing so would make it the polar opposite of the Starbucks coffee experience. To support this plan, the company went about selecting a suitable mark, resulting in, the eyes of this Kat, a stroke of branding inspiration. 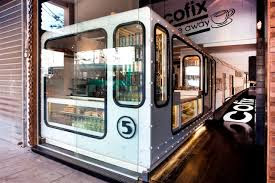 The mark chosen was COFIX. How many Kat readers have figured out that COFIX is a portmanteau word, being a fancy way of saying that it is a combination of “coffee” and “fix”? In other words, you can get a cup of coffee at a fixed price. The mark is a textbook example of a suggestive mark that should be inherently registrable, yet convey to the public a sense of the heart of the business. From selling coffee, the company engaged in almost instant brand extension, branching out to sell a variety of other consumer products, ranging from carrot juice to umbrellas, all at the same five shekel price (think Amazon.com, as it expanded from books and records to become today’s online retail behemoth.) COFIX keeps adding store locations and it seems to have found a viable business model based on sales volume, cost-consciousness reasonable product quality and perhaps even cross-subsidies between products.

But the COFIX mark is a matter of inspired branding not merely because it cleverly sends a suggestive message about the pricing policy of the company. It has also conveys the message that a low, fixed price for basic consumer products can be chic. Think about the various “dollar” stores in operation, especially in the U.S. (this Kat wrote about dollar stores last year.) They are all about being functional (i.e., low, low prices); aesthetics and atmosphere do not come to mind. But, for COFIX, the customer experience matters. The just-pleasant-enough layout of the coffee shops tends to occupy a limited area, comprising just enough space for customers to place their orders and the staff to fulfill them. 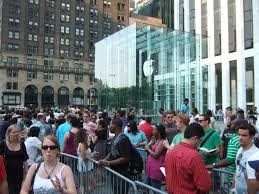 Most notably, customers will often wait cheerfully in a line that extends outside the entrance of the small store front. This must be branding Nirvana, because it joins COFIX with companies such as Apple, where lines that form outside the building and around the block to enter an Apple store are a hallmark of the company’s cachet. What matters for the customers of COFIX is that the price for all the products in the store is the same, just like the cup of coffee that gave the business its original impetus. Indeed, at the price of $1.30, the temptation to buy additional products can be overwhelming (it takes a lot of COFIX umbrellas at that price, which have been ruined by the wind, before the COFIX customer reaches the aggregate price for a single umbrella at the regular retail price). Add to this the sense of product quality and the level of customer service. For this Kat, when all of this is taken together, COFIX is an impressive branding phenomenon. COFIX is a place that you visit not merely because it makes good consumer sense, but because it provides a fulfilling consumer experience. It is for this reason that this Kat has selected COFIX as his new brand of the year.
The best coffee brand that you never heard of: COFIX as the brand of the year

Reviewed by Neil Wilkof on Friday, November 20, 2015 Rating: 5
The IPKat licenses the use of its blog posts under a Creative Commons Attribution-Non Commercial Licence.