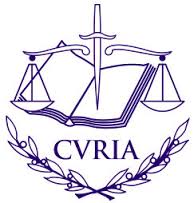 This morning the Bundesgerichtshof (BGH, the German Federal Court of Justice) has referred not one - but two - copyright cases to the Court of Justice of the European Union (CJEU) for guidance, respectively, on:
WARNING: I do not speak German, and have tried to make a sense of these new cases by reading the relevant press releases; please let me know if I have misunderstood anything.

Sampling, free use, a 'right' to quote, and fundamental rights

The first reference (I ZR 115/16 - Metal auf metal III) has been made in the context the longstanding and complex [at some point the case even ended up in front of the German Constitutional Court] Metall auf Metall litigation concerning the unauthorised sampling by music producer Moses Pelham of a 2-second rhythmic sequence from Kraftwerk's 1977 song 'Metall auf Metall' for use in his own 1997 'Nur Mir'. The sample features in 'Nur Mir' (performed by Sabrina Setlur) as a continuous background loop.

Following a number of lower courts' decisions [the first one was issued in 2004], as well as the already mentioned instalment before the Constitutional Court, the case is now pending before the BGH for the third time.

Today, this court decided to stay the proceedings and seek guidance from the CJEU on the correct interpretation of EU law. More specifically - and as explained in the relevant press release - the BGH is asking:

Should the answer be in the affirmative, then the BGH is asking: 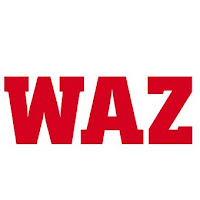 Can freedom of the press and freedom of information trump copyright protection?

The second reference (I ZR 139/15 - Afghanistan Papiere) has been made in the context of litigation between the German Government and German newspaper WAZ over the unauthorised publication by the latter of the so called 'Afghanistan Papers', ie confidential military reports on the operations of the Germany armed forces in the region in the period 2005-2012.

According to the relevant press release, the BGH has stayed the proceedings and asked the CJEU to clarify whether and to what extent the assessment of prima facie copyright infringement and the applicability of the exceptions in favour of the press (Article 5(3)(c) of the InfoSoc Directive) and for quotation (Article 5(3)(d) of the same directive) is informed by a fundamental rights analysis.

In particular, can copyright protection bet trumped by the need to safeguard freedom of the press and freedom of information? Or can fundamental rights be even directly invoked to prevent enforcement of copyright?

There is probably no need to note that this question goes to the very heart of copyright protection, and will revive the longstanding discussion around the scope of protection.
BREAKING: German court makes two (very important) copyright references to the CJEU

Reviewed by Eleonora Rosati on Thursday, June 01, 2017 Rating: 5
The IPKat licenses the use of its blog posts under a Creative Commons Attribution-Non Commercial Licence.