The challenge of big data: we ignore it at our professional peril

Permit this Kat, the beneficiary of four years of high school Latin a half of century ago, to treat “data” both in the singular and plural, even in the 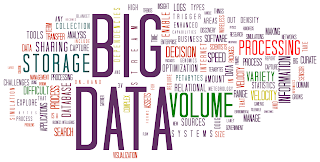 presence of “datum”. And like it or not, data, the bigger the better, is here to stay. Well, maybe it is not IP in the classic sense. But as a form of intangible asset, the trajectory is clear-- those of us in the IP world who ignore data as an asset class do so at our professional peril.

Take, for instance, the cover story of the May 8th issue of The Economist, entitled “The world’s most valuable resource: Data and the new rules of competition” and the accompanying Leader. Likening big data to big oil of a century ago, the magazine observes that today’s data more and more greases our digital world. As such, control of data is ultimately about power, and with it, the threat posed to competition, in at least three ways.

First, big data takes network effects, whereby more users bring even more users, thereby making the network more valuable for all, to a whole new level. In the words of the Leader, “[b]y collecting more data, a firm has more scope to improve its products, which attracts more users, generating ever more data, and so on.” Second, control over big data makes it much less likely that the market leaders—such as Apple, Google, and Microsoft, will be blind-sided by a nimble, off-the-radar upstart that catches them by surprise, what Clayton Christensen characterizes as “disruptive innovation”. Third, breaking up one of these behemoths will have only limited impact on reducing the risk of market concentration, since any of them can presumably grew quickly by virtue of exploiting network effects to its benefit. [The Kat does not find this argument particularly compelling.]

As for solutions to these competitive threats, two are offered. First, mergers will need to take into consideration the value of the data assets of each of the companies. Second, means need to be found to loosen the control over data, from those who provide the data (i.e., the online services), to those who supply it, primarily, it would seem, consumers. To achieve this, transparency with respect to the holding of data, by both companies and governments, laced with greater obligations for data-sharing, is suggested. These proposals, while still short of detail, make a degree of economic and legal sense.

More vexing for this Kat is the attempt in the article to import certain notions employed in connection with classic IP rights to big data. In particular, the article notes that--


“The fact that digital information, unlike oil, is also “non-rivalrous”, meaning that it can be copied and used by more than one person (or algorithm) at a time, creates further complications. It means that data can easily be used for other purposes than those agreed. And it adds to the confusion about who owns data (in the case of an autonomous car, it could be the carmaker, the supplier of the sensors, the passenger and, in time, if self-driving cars become self-owning ones, the vehicle itself).”

The notion of a “non-rivalrous” good was applied two decades ago to explain why, for instance, copyright will be so difficult to protect in the digital world (although what happened to its once conceptual Siamese twin— “nonexcludability”, meaning it is difficult to keep prevent free riders from consuming the good?). It is not surprising that the concept of a non-rivalrouos good is so seamlessly applied to big data as well.

However, there is a bit of Kat unease in connection with ownership of data. Why is the notion of a non-rivalrous good connected with ownership at all? It seems that the issue of the moment is to develop further what we mean by “owning data”. Protecting databases in a sui generis fashion has been narrowly construed, even in jurisdictions in which it has been explicitly recognized (such as in the EU). As such, a lot more thinking is required about why data per se is given to legal ownership, and how such ownership can be sorted out among the various relevant actors. To use an analogy to football, we are still only early in the first half in resolving these questions.

Photo on top right by Camelia.boban

Photo on bottom left by Jef132

The challenge of big data: we ignore it at our professional peril

Reviewed by Neil Wilkof on Wednesday, June 14, 2017 Rating: 5
The IPKat licenses the use of its blog posts under a Creative Commons Attribution-Non Commercial Licence.