Eibhlin Vardy Friday, June 02, 2017 - Brexit, double patenting, Unified Patent Court, unitary patent, upc
This is part 2 of the report on AIPPI's seminar on Wednesday evening: "The UP and UPC - institutions and panel debate".  Part 1 can be found here. 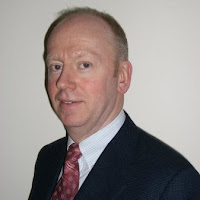 Tim Frain (Nokia) began by clarifying that he was there to provide 'an' industry perspective - given that there is no consensus within industry.
In terms of the UK's future participation, all of the pre-election purdah signs were that the UK will ratify.  The most disruptive option - whereby the UK joins the UP/UPC system only to leave again shortly thereafter - may now be the most likely option.

The response of UK industry to the UK's government's announced intention to proceed with ratification has generally been more measured/nuanced than that of industry in continental Europe - the latter seems more in favour of the UK proceeding with ratification.  Tim noted that there are various options after the UK leaves the EU.  One possibility is invoking article 142 of the European Patent Convention, which would enable the UK to enter an agreement with the EU/EU member states to create a patent with "unitary character throughout their territories".  This could also open up the door for other non-EU EPC contracting states, which could prove very attractive (e.g. for Switzerland).

What steps should industry take to prepare for the UP/UPC?

Tim reminded the audience that if you do nothing, your EP patents will be 'opted in' when the system goes live.  Industry must therefore take proactive steps if it wishes to 'opt out' any EPs, and should draw up 'opt out' criteria for all existing EP patents and applications (if that has not been done already).  Users may wish to file divisional patents - keeping one patent in the new system and opting one out.  Users may also wish to file national patents (e.g. in Germany where double-patenting of UP/national patents will be permitted, or in the UK to shelter from uncertainties regarding the UK's participation in the UPC).
Tim noted that much of the analysis to date has focussed on the creation of the UPC, but for industry, the real goal is the UP and the potential efficiencies that it can bring.  One interesting factor to consider is that UPs will last for 20 years - a significant period of time.  Industry wants to know how many participating states will be involved in the UP/UPC in this period: the number of participating members states feeds into any cost/benefit analysis in opting for a UP rather than national patents. More clarity is needed.
﻿
UP renewal fees have been calculated on the basis of the top four participating member states.  If the UK leaves the UP, will users then be left paying for protection that they no longer have, in addition to fees payable to the UKIPO? This would dilute cost benefits.

There are various logistical considerations that industry must grapple with.  Are your existing patent record systems compatible with the forthcoming UP? Is it possible to record opt-out status on your system? Can you record UPs? Can you capture what territories are covered and which are not at any given time (these will change over time as more participants join the new system)? Industry must also consider training for in-house patent attorneys  (e.g. training on opting out, UPC case management tool, checking status of UPs etc).

In conclusion, Tim noted that UPs are optional for industry - other patenting routes will remain available.  If there are insufficient assurances to industry about the continuity of rights, there may be less uptake of UPs by industry.  To avoid the UP/UPC becoming a white elephant, significant uptake is required.
Questions to the panel from the audience

Q1. Clients who are interested in having their application converted to a unitary patent once the system goes live are now asking their attorneys to delay the grant of EP patents (e.g. through 'disapproving' text).  Are there plans for any mechanism whereby applicants can defer grant until there is more clarity on the date of entry into force of the UP without resorting to more creative solutions?

Michael Froehlich confirmed that EPO examiners have picked up on this issue, and the EPO is aware of the situation.  However, there are no concrete plans to address the issue at the present time.  ﻿
﻿
Q2.  How confident are we that a UP/UPC participant does not have to be a member of the EU?

Alan Johnson (Bristows) observed that it is disconcerting that only a year ago, everyone apparently had a firm view that EU membership was required, whereas opinion has now shifted the other way.  There needs to be a debate about this - efforts to seek opinions on this issue from official EU sources would be useful, to try and get some comfort for users.  Getting another opinion from the CJEU on the EU membership issue looks impractical at this stage, but the more confidence we can get in a system by discussing and addressing these issues, the better.  If there are extra steps that need to be taken for the UK to participate (e.g. some form of UK-EU agreement), then we need to get on with it. With regard to other non-EU members states, is the position on participation of the UK different because it used to be an EU member?

Q3. Will the UK also need an agreement on jurisdiction, such as the Lugano Convention, to participate in the UPC?

There was agreement that measures on jurisdiction and enforcement will need to be taken for the UPC.  Alan noted that there are a group of legal specialists currently looking at this issue (and the possibility of something akin to the Danish solution on the Brussels Regulation).  This is something that has to happen more generally at Brexit - the issue is relevant to the enforcement of judgments more generally, not just the UPC.

Q4. Does the UK have greater leverage now, before ratification? At present, the UK's cooperation is needed to get the new system off the ground, whereas after the UK has ratified, there may be less incentive for the EU to implement measures to enable the UK to participate in the UP/UPC after Brexit?

Tim noted that the point can be argued both ways.  His current reading is that generally speaking, continental industry wants the UK to participate in the UP/UPC, and UK industry wants to be in.  However, if the UP/UPC ends up forming part of the Brexit negotiations between the UK government and EU, the politics may go either way.  Who knows where things will be in 18 months' time?

Q5.  Art 142 of the EPC (see link above) seems to allow a cluster of EPC members states to decide that they want to enter into something that sounds a bit like the unitary patent - could this avoid the thorny issue of a CJEU reference?

There was discussion that art 142 looked to be an interesting possibility, however, any agreement would probably require the EU to be a party to the agreement (meaning that it would then likely form part of the political Brexit negotiations).  Something like this could potentially open the door for other EPC contracting states to participate in the UP.
To UPC or not to UPC? That is the question... (Part 2)

Reviewed by Eibhlin Vardy on Friday, June 02, 2017 Rating: 5
The IPKat licenses the use of its blog posts under a Creative Commons Attribution-Non Commercial Licence.