BREAKING: UK Supreme Court rules that ISPs do NOT have to pay implementation costs in Cartier case 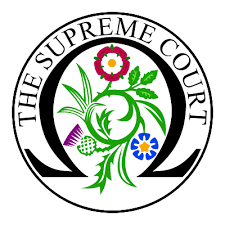 Overturning the decisions at first instance [IPKat report here and here] and on appeal [IPKat report here], this morning the UK Supreme Court has ruled that the ISPs (internet access providers) do NOT have to bear the costs of implementation of the injunction (in this case, a blocking injunction) issued against them pursuant to section 37(1) of the Senior Courts Act 1981 (SCA), requiring them to block access to a number of websites making available for sale goods infringing trade mark rights.

As explained in this post, the appeal to the UK Supreme Court focused indeed on the issue of cost allocation.

Although Kitchin LJ (writing for the Court of Appeal) acknowledged that "the ISPs are not guilty of any wrongdoing”, nor do they owe a common law duty of care to take reasonable care to ensure that their services are not used by the operators of the offending websites, the operators of the infringing websites need the services of the ISPs in order to offer for sale and sell their counterfeit goods to UK consumers. It followed that "the ISPs are therefore inevitable and essential actors in those infringing activities."

The Court of Appeal confirmed that the High Court (Arnold) J "was entitled to require the ISPs to bear the costs of the implementation [while the costs of application should be borne by the rightholders] of the orders in issue."

Similarly to Arnold J at first instance, Kitchin LJ in the Court of Appeal observed that it was implicit in Recital 59 of the InfoSoc Directive and Recital 23 of the Enforcement Directive that it would be “entirely appropriate for a national court to order that the costs of implementation of any such injunction should be borne by the intermediary”.

The Court of Appeal also approved of Arnold J's proper consideration of the economic impact of website blocking orders upon the businesses of the ISPs, and that these could either bear these costs themselves or pass them on to their subscribers in the form of higher subscription charges.

The decision of the Court of Appeal contains however the dissent of Briggs LJ (as he then was) on the issue of cost allocation. In his view, “the cost burden attributable to the implementation of a particular blocking order should fall upon the rightholder making the application for it." The reason why that should be that case is a domestic one.

It is true that both the Enforcement Directive and the InfoSoc Directive provide that rightholders should have the possibility of applying for an injunction against an intermediary who either carries a third party's infringement of a protected work in a network (in copyright cases) or whose services are being used by a third party to infringe the rightholder's industrial property right (in relation to trade marks). In both cases, however, the conditions and modalities relating to such injunctions, or the conditions and procedures relating to such injunctions should be left to the national law of the Member States.

Briggs LJ noted that jurisdiction within section 37(1) SCA in substance reflects an originally unfettered jurisdiction exercised by the Court of Chancery on equitable principles. In the case of orders against innocent third parties, the law has evolved so to ensure that a standard condition or 'modality' for the grant of an injunction is that the cost reasonably incurred by the innocent respondent should be reimbursed by the applicant. In his view the Norwich Pharmacal jurisdiction should be intended as applicable in the case of intermediary injunctions and shield intermediaries from any responsibility for costs of injunctions against them.

This morning the Supreme Court held that neither EU directives nor judgments of the Court of Justice of the European Union (notably, the ones in L'Oréal and Telekabel) really set any rules as regards the allocation of costs of intermediary injunctions.

It follows that this is a matter for individual Member States to decide. According to Lord Sumption (writing for the Court),


the incidence of compliance costs is a matter for English law, within the broad limits set by the EU principles of effectiveness and equivalence, and the requirement that any remedy should be fair, proportionate and not unnecessarily costly. [para 31]

It follows [still at para 31] that

As a matter of English law, the ordinary principle is that unless there are good reasons for a different order an innocent intermediary is entitled to be indemnified by the rights-holder against the costs of complying with a website-blocking order. The position in relation to website-blocking orders is no different in principle from the established position in domestic law in the case of Norwich Pharmacal orders, freezing orders and other injunctions granted to require an innocent party to assist the claimant in the assertion of its rights against a wrongdoer.

A more detailed analysis will be provided once I have read the judgment more carefully. However, there seems to be little doubt that a key question raised by the UK Supreme Court decision is whether its take on allocation of costs should be intended limited to orders granted under section 37(1) SCA, that is injunctions in trade mark cases (at least for now), or could be intended - instead - as having broader applicability, notably with regard to injunctions in copyright cases pursuant to section 97A CDPA.

Since the first blocking injunction [in Newzbin 2] the rule in copyright website blocking case law has  been in fact that ISPs pay the costs of implementation of the injunction, while rightholders bear the costs of application. The High Court and the Court of Appeal deemed it appropriate to extend it to trade mark injunctions, although relying on a different legal basis [the UK did not provide a specific implementation of the third sentence in Article 11 of the Enforcement Directive].

Whether things should now change also in copyright cases and how far the Supreme Court judgment goes is likely to give rise to lively debates ... what do readers think?
BREAKING: UK Supreme Court rules that ISPs do NOT have to pay implementation costs in Cartier case

Reviewed by Eleonora Rosati on Wednesday, June 13, 2018 Rating: 5
The IPKat licenses the use of its blog posts under a Creative Commons Attribution-Non Commercial Licence.