Neil Wilkof Sunday, June 10, 2018 - convict labor, Michael Poyker, Neil Wilkof, patents, prison labor
Few topics engage IP thinkers today more than looking for correlates to innovation. One rough way to do this is to identify factors that correlate in a greater (or lesser) fashion with patents. This Kat recognizes that patents are not a complete surrogate for innovation. Still, most would agree that patents are connected in some manner, and, on that basis, the search goes on, sometimes in surprising directions. 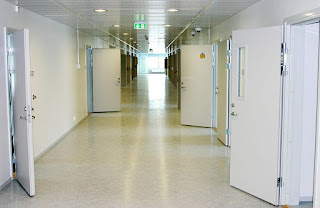 Perhaps one of the most surprising of these directions is how convict labor may lead to greater innovation and patenting. This is the conclusion reached by Michael Poyker as part of his dissertation research at UCLA Anderson School of Business and summarized in a recently published article, “Economic Consequences of the U.S. Convict Labor System.” While the issues of incarceration rates, the composition of the inmate population, and the treatment of inmates, are all highly contentious, on the face of it, they are all inward-looking and unrelated to issues of innovation and patenting. But Poyker’s research suggests that this view may be misplaced in analyzing the economic externalities imposed by convict labor on US labor markets, i.e., the influence of convict labor on factors external to the prison setting itself.

Using newly collected panel data on U.S. prisons and convict-labor camps from 1886 to 1940, I show that competition from cheap prison-made goods led to higher unemployment, lower labor-force participation, and reduced wages (particularly for women) in counties that housed competing manufacturing industries. At the same time, affected industries had higher patenting rates. I find that the introduction of convict labor accounts for 16% slower growth in U.S. manufacturing wages. The introduction of convict labor also induced technical changes and innovations that account for 6% of growth in U.S. patenting in affected industries (Abstract, page 1).

It is recognized that these data are historical rather than current, for a number of reasons connected with the research requirements of the study. Still, keep in mind that convict labor continues to be a wide-spread phenomenon, with data for 2006 showing that the prisoner labor system in the United States employed nearly 4.4 million convicts, 0.6 million of whom worked in the manufacturing sector, constituting 4.2% of total manufacturing employment in the U.S. Who were the beneficiaries of such employment? Poyker mentions Wal-Mart, AT&T, Victoria’s Secret and Whole Foods Market (now part of Amazon) as companies employing convict labor, paying typically at between $0 to $4.90 per hour to the prisoners in state prisons.

Given the lower rates of compensation paid to the prisoners, it is readily seen that such prison labor can undercut the labor costs for similarly placed companies not making use of such labor. Accordingly, findings related to the depressive effect that prison labor can have on (especially local) employment patterns is hardly surprising. One can roughly view it as a labor shock, in the same way that the “China price”, i.e., the cost of manufacturing in China, constituted a labor shock for various U.S. industries over the past two decades. But what does this have to do with rates of patenting and an increase in innovation activities?

Poyker explains as follows. First, a distinction is made between lower-end and higher-end products. The labor shock from prisoner labor was more felt in lower-end, as opposed to higher products, given the nature of the work being performed by the prisoners. Regarding such lower-end industries, while some companies moved to higher-end products, others remained with the lower-end products, but at the same time they sought to invest in machinery that would make them less labor-intensive, thereby enabling them to better complete on the basis of price and perhaps also on quality. As summarized by Poyker, “convict labor boosted technology adoption by forcing firms to invent or adopt new technologies that could make them more competitive” (p. 30, fn. 68).

But the response in favor of greater innovation was not merely a matter of a company seeking to make itself more competitive, sometimes as a matter of economic survival. It also affected patenting activity. Poyker found that industries in which convict labor was used, there was a 6.6% increase in patenting activity by those concerns who sought to compete. The greater a given county (which was the geographical unit of analysis for the study) within a state was more exposed to competition from prison-made goods, the greater was the increase in registered patents. In the words of Poyker, “patenting was a reaction on competition with prison-made goods” (p. 31).

What do we make of these results? Keep in mind that the major focus of the research was on how prisoner labor may increase inequality (see The Economist, here). But an expected consequence is that prisoner labor might have a positive impact on patenting, as a proxy for innovation (although one might argue that this finding also supports the argument that innovation itself has the potential to be a driver of inequality). 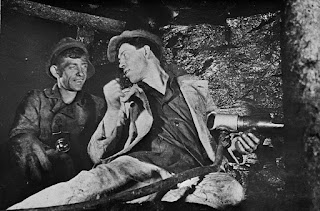 For those who insist that the study should be viewed as merely historical, Poyker makes two observations. While labor mobility has increased, suggesting that the impact on wages of prisoner labor as a function of proximity to the prison has decreased, attention is also drawn to the claim that U.S. labor mobility is still on the low side. Second, because of developments in transportation, the impact of prison labor is felt much further afield. In the words of Poyker, “…the overall effect of convict labor on contemporary wages could be smaller round the prisons but larger overall” (p. 41).

If so, the argument that prison labor is positively related to greater patenting activity remains potentially valid. Whether that is an argument in favor of maintaining prison labor is, of course, a quite different question.

Photo on upper right by Halden fensgel and licensed under the Creative Commons Attribution 2.0 Generic license.
Prison labor: a boon to greater patenting?

Reviewed by Neil Wilkof on Sunday, June 10, 2018 Rating: 5
The IPKat licenses the use of its blog posts under a Creative Commons Attribution-Non Commercial Licence.