Since the advent of the printing press, the rights of content creators have been intertwined with developments in technology. The underlying question has always been whether technology is a bane or boon for the owners and users of copyrighted contents. Against this backdrop, as part of the Global Forum on IP, in conjunction with the recently held IP Week in Singapore (IPWeek @ SG), the issue was revisited in terms of the challenge posed by what seem to be endless options for consuming content. What follows is the panel discussion, under the deft guidance of the moderator, Teo Yi-Ling, which addressed perhaps the heart of the matter— “A Proliferation of Choice in the Marketplace: Is Technology Hurting or Helping Copyright Monetisation?” 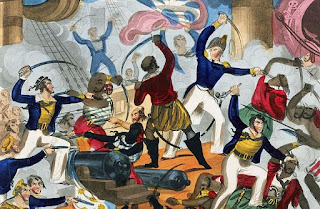 Fox, who focused his presentation on the problem of piracy. “Yes”, he observed, technology has made it far easier to distribute contents, but technology has always created enhanced opportunities for increased acts of piracy. While this is a well-recognized tension, the speaker observed that the nature of this tension has changed. Where once piracy was the purview of amateur hackers, primarily interested in enabling private viewing of pirated contents, today’s pirate are outright commercial entities that seek to monetize the fruits of their illicit acts.

Following was Ngiam Keemin, Director of Legal with Netflix in Singapore. Most notable in his words was the repeated observation that the company’s goal is to bring to the entire (subscription-paying) public the same content on-demand on a word-wide basis. This quest for world-wide coverage has at least two possible consequences. First, it has the potential to diminish piracy by reducing (eliminating?) the incentives for piracy due to differences in the roll-out schedule of a given original film or series. Pirates flourish when such a roll-out is staggered over time across jurisdictions. Second, a simultaneous roll-out enables users to engage in a world-wide “conversation’ over the contents so viewed. [Merpel notes that the expense side of Netflix’s acquisition process, which is understood to be substantial, was not discussed.]

The session then moved to sports programming, the speaker being Yeo Kok Siew, Director, Distribution & Partnerships (Asia), for beIN Sports Asia Pacific. The focus of the company is the streaming of live sporting events, primarily on a “business to business” basis, whereby it bundles sports contents for carriers (although the business model is changing a bit to include a “business to consumer” segment as well). Perhaps the most interesting juxtapose of the content challenges of beIN Sports is with the Netflix situation. For beIN Sports, the contents available are not uniform, but differ from one national market to another. As such, when interwoven with the various contact arrangements that are required, diversity is the key to understanding the company’s content offerings. Given this, for the company, technology is primarily about making its delivery of sports contents ever-more efficient in the face of these territorial challenges. 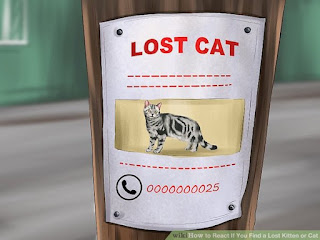 The final speaker was Cedric Manara, Senior Copyright Counsel and Head of Copyright Team at Google. The central theme of his presentation is the company’s aspiration is to make more and more content available to more and more users. The term that he used to describe this is “proliferation”, and the goal is “to maximize the proliferation of platforms”. As such, “technology is good” (with the issue of piracy barely mentioned). As for the source of contents, the speaker focused on YouTube, which was acquired by Google in 2006. It was noted that 99% of You Tube’s contents are created by so-called amateurs (described generically as the “cat video”), with only a small fraction coming from professional sources. [Merpel notes--“that makes content acquisition virtually free”, compared with the streamed contents on Netflix and the presumed heavy cost of acquisition.]

The Q & A that followed touched briefly on what, in this Kat’s eyes, is the 800-pound gorilla in the room of on-line contents and the role of technology, namely the issue of market concentration. For instance, an entity engaged primarily in content distribution presumably wants as much competition as possible among the providers of the content to be distributed. As for the degree of market power in the distribution of such contents, however, multiple competitors may not be such a good thing. From this perspective, the connection between concentration and the quest for scale, and the role of technology in these dynamics, is worthy of further attention at a future conference.

Reviewed by Neil Wilkof on Friday, October 05, 2018 Rating: 5
The IPKat licenses the use of its blog posts under a Creative Commons Attribution-Non Commercial Licence.