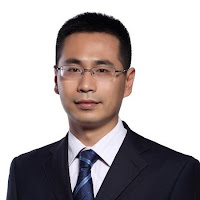 On 23 April 2019, just three days before World IP Day, China's National People's Congress approved the fourth amendment to China Trade Mark Law. Compared to previous initiatives, this amendment is of relatively small-scale, though appears focused on two themes: (a) combating bad faith trade mark filings; and (b) improving damages and measures of anti-counterfeiting. The new law will be effective from 1 November 2019.

Below is a summary of the trade mark law changes.

It's clear that the "intent to use" requirement is introduced to combat trade mark squatting, which has been a long-standing problem for brand owners. There is even plenty of 'professional' trade mark squatters, individuals and organisations alike, which scan the market and register trade marks in large quantities, without any intent to use them and rather sell them to brand owners for profit later on.

China has acknowledged the problem since the third amendment of the China Trade Mark Law in 2014, and gradually increased the ease of opposing or invalidating such bad faith trade mark applications. However, non-use cancellation remains the best way to remove such trade marks from the Registrar. The problem is that it only applies to trade marks which have been registered for over 3 years.

Therefore, the "intent to use" requirement is a significant step forward to deter trade mark squatting. Brand owners can now oppose any pending trade mark applications, or invalidate any registered trade mark that is less than 3 years old, based on the lack of intent of use. This means that trade marks can be challenged on the ground of 'use', either intent to use or actual use, at both the application and registration phase. Detailed guidelines are yet to be rolled out regarding, for example, what evidence satisfies intent to use. However, it's likely that they will be based on and adapted from the 'intent to use' rules of other jurisdictions, including the USA.

The new law has tightened the responsibilities of trade mark agency, by requiring that "Trade mark agency shall not accept client instructions in case they know or should know the applications are filed without intent to use or in bad faith". This clause also becomes a legal ground for trade mark opposition and invalidation. Furthermore, trade mark agency is subject to administrative penalty for violating this rule.

A side lesson to be learnt is that foreign brand owners must be very careful in selecting reputable and ethical trade mark agents (and agency firms) to work with in China. Price, service and ethical behaviour should be considered as a whole. Otherwise, not only the service quality might be poor, but also the danger of association with irresponsible trade mark agency susceptible to administrative penalty can be detrimental to one's own immaterial assets in China.

China has continuously increased damages for trade mark infringement over the past decade, both in legislation and in trial practice. Substantial monetary damages have been awarded more frequently, especially since the establishment of three specialised IP courts. Under the new law, statutory damages has increased from RMB 3 million to RMB 5 million, and punitive damages has gone from 3 times to 5 times of actual loss of the rights owner or the illegal profit of the infringer.

In conclusion, this new trade mark law amendment in China is small-scale yet targeted, and carries special significance in combating trade mark squatting by introducing the "intent to use" clause. The increased damages also demonstrate China's willingness and determination in improving IP protection. Foreign brand owners are advised to get familiar with the changes, and make use of the new tools to strengthen their trade mark protection in China.
China introduces 'intent to use' to combat trade mark squatting in its recent law amendment

Reviewed by Tian Lu on Sunday, June 23, 2019 Rating: 5
The IPKat licenses the use of its blog posts under a Creative Commons Attribution-Non Commercial Licence.