Milk, Brands and Duty Free: The return of lactose intolerance

This Kat recognizes that milk is a complicated matter. The estimate is that two-thirds of humans cannot drink it in adulthood. The reason is that after the age of 4-5, lactose intolerance sets in, due to a decline in the body’s production of lactase, which is the enzyme that enables mammals to digest the lactose in milk. But there is one great exception—Europe. Around 10,000 B.C., probably in modern-day Turkey, a gene mutated, which had the effect “…jamm[ing] the lactase-production gene permanently in the “open” position” ("The Most Spectacular Mutation in Recent Human History", here).

The mutant gene spread throughout Europe and parts of Asia, it seems to have independently developed in parts of Africa and the Middle East. However, it never developed in North and South America, the Far East, or Australia (this is the kind of thing that Jared Diamond, of "Guns, Germs, and Steel" fame, just loves).

The upshot is that Europe is ground zero for the ability to consume milk. But no matter how robust lactose tolerance is a matter of genetics in Europe, it seemingly cannot win out in the face of “Duty Free”. What is this Kat talking about? Read on. 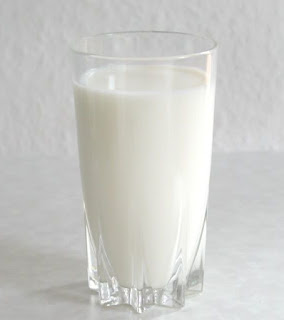 Recently, this Kat had a couple of hours to spend at the Duty Free shops at the airport in Barcelona. In keeping with an airport of this kind, there were numerous well-known brands, some of which this Kat represents in his local market. Just seeing them on sale brought a tear to his eye, a flutter to his heart. However, this Kat had no need for any perfume, electronics, accessories, and the like. All he wanted was to purchase a container of milk.

Up and down, left and right, side-to-side, this Kat searched for a store, any store, which sold milk. He found branded soft drinks, fruit juices and bottled water, as well as a variety of beers bearing both local and international brands. But, alas, no milk. He asked in English, Spanish and Catalan (thank you Internet), but to no avail. As best as he could determine, there was no milk to be found. Lactose intolerance seemed to have returned to Europe with a vengeance.

With time on his hands and no milk to be found, he ruminated on why. Duty Free may well be the ultimate setting for (at least some kinds of) up-scale brands. There is nowhere the traveler can hide, once beyond passport control. The binary decision is to stay in the waiting area or to visit the shops. Travelers, particularly those on vacation or on the road for other non-business reasons, are likely to be in a spendthrift mood. Alluring brands are all around, as one moves from shop to shop. In a line uttered in more than one science fiction movie, "resistance is futile."

Against this background, milk may be the ultimate commodity product. It is usually subject to various forms of regulation, with health, safety and supply being of paramount concern. Sure, most milk is sold under a commercial name, but one would be hard-pressed to admit that he prefers one brand of milk over another (compare that with soft drinks, where the Pepsi Cola/ Coca Cola divide has been known to split families into warring factions). When is the last time that you met a person who was passionate about the brand of his or her milk?

In a branded world, there is little or no room for a commodity, such as milk, which will only detract from the aura that brands wish to cultivate. This is especially true in the Duty Free environment. As such, milk may be the ultimate antithesis of the Duty Free ethos. Can it be a surprise, then, that this Kat could not find any milk at the duty free shops?

By Neil Wilkof
Milk, Brands and Duty Free: The return of lactose intolerance

Reviewed by Neil Wilkof on Wednesday, June 05, 2019 Rating: 5
The IPKat licenses the use of its blog posts under a Creative Commons Attribution-Non Commercial Licence.