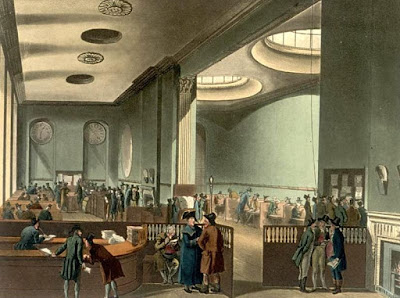 person is likely to elicit a quizzical expression or even a yawn. This is so, even where the insurance addresses the issue of litigation costs, which is often the dirty little secret that goes unmentioned when an inventor of limited resources chooses the path of IP protection.

In the “start-up nation” environment in which this Kat practices, the inventor will likely bank on a business model built on the sale or other disposition of his IP, the sooner the better. Under such a view, litigation insurance is a form of middle-term thinking that largely lies outside the durational purview of such an inventor.

Consider the latest actions taken by the Intellectual Property Office of Singapore (IPOS, to its friends). There is perhaps no national IP office that is more focused on how it should/can take a proactive role in facilitating IP commercialization. When one joins this policy commitment to the financial resources and nous available in Singapore, any steps taken by IPOS in the direction of IP and insurance merit attention.

Already in September 2018, IPOS entered into a Memorandum of Understanding with Lloyd’s Asia to work on the introduction of insurance products that would be useful to the innovation community. As a first step, the two bodies jointly organized a series of seminars that emphasized Singapore’s excellence in IP protection and commercialization and Lloyd’s experience in underwriting IP insurance.

IPOS has now announced the next phase in this project, in conjunction with Lloyd’s Asia and Antares Underwriting Asia, called the Intellectual Property Insurance Initiative for Innovators (for those who like the letter “I”, also to be known as IPIII). Starting from June 2019, inventors and creators who have Singapore-registered IP will be able to receive IP legal insurance coverage, called by Antares-- “Intellectual Property Legal Expenses Insurance”, in connection with their IP-based innovation activities. In its link, FAQ, Antares provides the following summary information about this insurance.

• Allegations of infringement of your intellectual property - cover for legal fees to pursue a potential infringer;

• Disputes between you and your licensee - cover for legal fees to ensure a licensee performs within the terms of their licence agreement.

Please note the policy provides for the legal fees only and not for the liabilities or damages which may arise from any dispute.

The cost of IP litigation being what it is, this Kat is all for arrangements that can make the fee side more bearable. [Merpel says, "no more ursine-based adjectives, please".] Still, in a reflective feline moment, this Kat had several thoughts about this initiative. 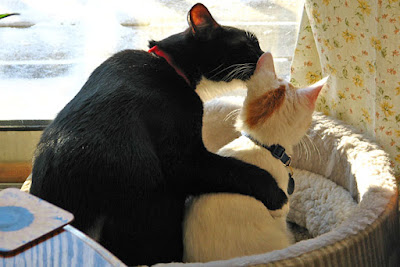 First, what about trade secrets? As currently fashioned, it does not appear that trade secrets are included in the insurance cover. Given the centrality of trade secrets in facilitating innovation in various areas, this exclusion is troublesome. For example, will the lure of such insurance coverage lead inventors and creators to seek registered IP, rather than trade secret protection, even if it is less desirable, simply to be able to take advantage of the initiative?

Second, this Kat is curious to know how IP litigation insurance will impact on the nature and conduct of the legal representation. Will corners be cut or staffing reduced? Will the upshot be that the insurance-funded representation will be better than no representation, but will potentially be of a lesser quality than received by a party able to fund the representation directly from his own resources?

This Kat looks forward to further updates on IPIII and its impact on the funding IP litigation in support of innovation.

Picture on left is by Lazy Lightning and is licensed under Creative Commons Attribution 2.0 Generic license.

Reviewed by Neil Wilkof on Friday, June 21, 2019 Rating: 5
The IPKat licenses the use of its blog posts under a Creative Commons Attribution-Non Commercial Licence.