To sign the SpicyIP online petition to put pressure on the Indian government to create a modern patent database and to make patent office decisions available online, click here.

The IPKat has learned via Stephanie Bodoni (Bloomberg) that this week the European Union approved plans to open access to cheaper medicines for poor nations, letting developing nations with limited or no pharmaceutical production import generic copies of patented drugs from other World Trade Organization countries. This decision, which was apparently made without any discussion, according to a statement by the bloc's foreign ministers, crossed the last hurdle to ratification by the EU of the changes to TRIPs (the Agreement on Trade-Related Aspects of Intellectual Property Rights). 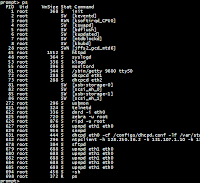 Slightly embarrassed, the IPKat confesses that he can't remember who sent him news that the Software Freedom Law Center has filed copyright lawsuits against two US companies, High-Gain Antennas and Xterasys, alleging that they are redistributing software in violation of the GNU GPL (General Public License). Says the SLFC, the two companies are distributing BusyBox -- a lightweight set of standard Unix utilities commonly used in embedded systems licensed under GPL version 2 -- without meeting the GPL requirement of providing access to the source code of their implementation. High-Gain vigorously denies the allegations; Xterasys was not available for comment.
Friday flashes

Reviewed by Jeremy on Friday, November 23, 2007 Rating: 5
The IPKat licenses the use of its blog posts under a Creative Commons Attribution-Non Commercial Licence.