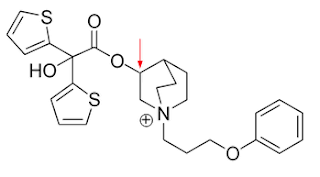 One way to get a patent, which many applicants amazingly still rely on, is to first have a good idea for a new, useful and non-obvious invention, and describe it in enough detail in a patent specification for others to be able to reproduce it, as well as in such a way that describe why it is so new, useful and non-obvious. It should then be a relatively straighforward matter to get a patent granted and, if necessary, use it in case of any infringement.

Another way, however, is to take a wild guess at what an invention of the type you are vaguely interested in might possibly look like and then try to come up with a justification for it to be new, useful and non-obvious later on.  In such cases, "later on" would ideally be before the patent specification is written, but can often be well after this date, and sometimes not even before a patent is granted. Of course, the skills of a well-trained patent attorney come in very handy in getting this kind of application over the high bar at the EPO.

The latter approach is what at least one party took in the recent case of  Laboratorios Almirall SA v Boehringer Ingelheim International GmbH [2009] EWHC 102 (Pat), the judgment of which was issued last week by His Honour Judge Fysh QC.  The case related to two patents, EP1651270 and GB2419819, the first of which was granted to Boehringer, the second to Almirall.  Both related to combination medicines for respiratory disorders, which included an anticholinergic compound together with a beta agonist.  Boehringer's treatment was marketed under the trade name Combivent, and was apparently quite successful.
Almirall applied to revoke Boehringer's patent, on the grounds that the invention was either anticipated or was obvious.  In return, Boehringer counter-claimed that, if their patent was invalid, then so was Almirall's for the same reasons, resulting in mutually assured destruction of the patents in question.  Presumably this strategy made some kind of sense at the time.
One further odd feature about this case was that Almirall argued that Boehringer's patent was obvious in light of two posters presented at a conference that was held a short time before Boehringer made their applications, one of which eventually led to the patent.  Almirall alleged that Boehringer had seen the poster, photographed it, and then gone ahead on this basis to apply for their patents.  This turned out to be true, as photographs of the poster were uncovered during disclosure.  Regarding Boehringer's patent, HHJ Fysh found it strange that, for a company with the resources available to Boehringer, there was next to nothing in the patent about why the claimed invention was inventive, as the skilled person would not be able to figure out exactly what the technical contribution would be.  Regarding the technical contribution, the judge stated,

"In my judgment, the addressee would simply be left guessing. This is of course an unsatisfactory conclusion but since the public has a right to know what technical contribution has been made by the patent, this is no place for indulgence. Speculative statements, guesses and unsupported predictions are not good enough. In my judgment, this finding has a decisive resonance in the resolution of this entire case." (paragraph 173)

He further went on to say:

"[S]ufficient justification for the solution to a technical problem must be found in the patent as filed. Experiments performed thereafter cannot be relied on at law to make good an initial deficiency of disclosure. It is not even enough that the teaching of the patent is such that it is 'at least plausible' that what was proposed was capable of solving the problem it purports to solve." (paragraph 175)

Although there was a huge amount of expert analysis and pontification (apparently a common feature nowadays in patents court judgments, if the last few are anything to go by), the end result was pretty clear.  Both patents were found to be mutually invalid, confirming the MAD hypothesis.
As a point of interest, which other patent attorneys might like to comment on, the IPKat wonders what exactly the point is in including passages in patent specifications that go like the following extract from Boehringer's patent (click on the picture to enlarge, or go to paragraph 28 of the patent in question, linked above): 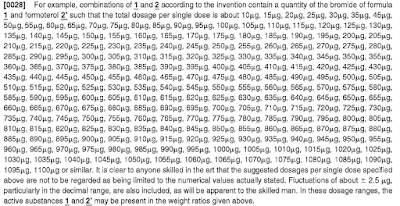 Reviewed by David Pearce on Wednesday, February 04, 2009 Rating: 5
The IPKat licenses the use of its blog posts under a Creative Commons Attribution-Non Commercial Licence.