BGH: does an explanation make an invention? 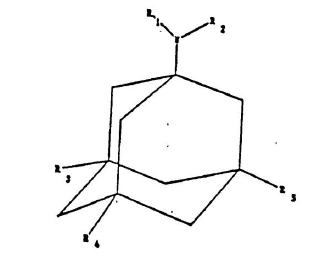 It is well established in patent law that one can patent an invention even without understanding why it works the way it works. If I happen to be the first to discover that compound X cures cancer, I can get a patent on X for the treatment of cancer (provided the discovery wasn't obvious to the person skilled in the art), even when I have no clue whatsoever why X cures cancer.

So well, so good. As they say in the media business, "dog bites man is no news, man bites dog is news". The German Bundesgerichtshof (BGH) recently had the opportunity to consider the above tenet of patent law in reverse, so to speak. What if it is known that compound X is effective in the treatment of illness Y, but unknown why it works: can you get a patent on X for the treatment of Y if you are the first to find out how X works?

Defendant Merz & Co is the owner of the (expired) EP 392 059 B1 with a priority date of 14 April 1989. In 2006, Merz received a supplementary protection certificate (SPC) for "memantine, and its pharmaceutically compatible salts, namely memantinehydrochloride" for Germany based on EP 392 059 (given the CJEU's judgment in case C‑195/09 Synthon BV v Merz Pharma GmbH & Co. KGaA, this being a reference for a preliminary ruling from the Patents Court, England and Wales, the SPC is invalid anyway, but that is not the issue here). Two unnamed plaintiffs sought a declaration of nullity of Merz's SPC based on the nullity of the base patent. Both the Bundespatentgericht as well as the BGH sided with the plaintiffs (BGH, X ZR 68/08 of 9 June 2011).

Merz restricted its patent, in essence, to "use of 1-amino-3,5-dimethyl-adamantane and its pharmaceutically compatible salts for the manufacture of a medicament for treatment of damaged brain cells after cerebral ischemia after morbus Alzheimer". The plaintiffs argued that the use of adamantane for the treatment of the family of symptoms to which Alzheimer belongs had been known at the priority date of the base patent. Merz defended itself by arguing that while the use may have been known, the mechanism how adamantine worked was unknown before the priority date and disclosed in the base patent for the first time.

The base patent, in the words of the BGH, disclosed the scientific foundation for the use of memantine in the treatment of Alzheimer and allowed a "better justifiable choice of memantine" ("besser verantwortbare Indikation der Memantingabe", para. 43). This, however, does not amount to a technical teaching, it is only a discovery of a biological mechanism that is not patentable under art. 52(2)(a) EPC (para. 44). The base patent neither teaches a different dosage regime nor gives any other specific directions for using memantine in the treatment of Alzheimer that had not been known in the prior art. The "commendable" scientific explanation offered by Merz is a medical and pharmalogical advance but not patentable. The SPC is therefore invalid because the base patent is invalid.

BGH: does an explanation make an invention?

Reviewed by Mark Schweizer on Friday, August 26, 2011 Rating: 5
The IPKat licenses the use of its blog posts under a Creative Commons Attribution-Non Commercial Licence.