More than a polite poke: Shagbook courts trouble in date with Facebook 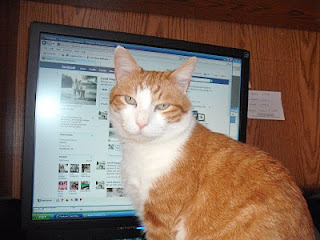 This Kat has been a user of Facebook since it was cool to use at Oxford -- when it was considered impolite not to respond to a 'poke' within 8 hours. She has never ever heard of Shagbook until writing this post. However, as this Kat quickly discovered, Shagbook is an adult 'dating' website. On the UK homepage of the its website it states:

And when this Kat investigated further, by trying to join the site (the things she does for the IP community!), she was greet with this text: 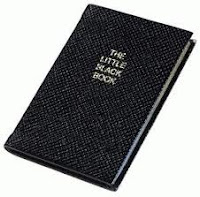 But what could it possibly be that would lead any modest Kat into such unsavoury investigations? Let us explain. On 24 May 2010, SNRG Ventures LLC (a company incorporated in Wyoming USA) applied to register the mark SHAGBOOK in the US in class 45 for computer dating services. The mark was accepted an advertised on 25 January 2011. A representative for SNRG Ventures told Mashable that the name shagbook.com was conceived 'all perfectly innocently': when SNRG's American owner was living in the UK, he 'referred to his little black book as his little "Shagbook" ... He was amused with the word ‘shag’".

Given the nature of the Shagbook website, it is not surprising that acceptance of the mark would be of concern to Facebook. Facebook filed a notice of opposition on 25 May 2011 based on two grounds: likelihood of confusion and dilution of a famous mark.

As for dilution of a famous mark, Facebook (at [25]) argued that, as a result of the enormous publicity afforded to the FACEBOOK marks, they enjoyed 'a high degree of consumer recognition, are widely recognised by the general consuming public of the United States as a designation of Facebook's services, and are famous'. For Facebook (at [34]), 'SNRG's use of the SHAGBOOK mark for online adult dating and social networking services that provides a platform for users to connect with other users for casual sexual encounters tarnishes the famous FACEBOOK marks and harms the reputation of the FACEBOOK marks to Facebook's severe detriment'.

SNRG lodged its response to Facebook's opposition on 25 July 2011 and argued eight distinct defences. First, (at [35]) Facebook did not 'have the exclusive right to use the term “facebook” as the term was in common use in the English language well before Facebook began using the term in connection with its services. Second, Facebook's opposition should 'be denied under the equitable doctrine of unclean hands. This was because, according to SNRG, Facebook had 'engaged in trademark misuse and trademark bullying by abusively usingoppositions, litigation, and threats of the same to maintain a competitive market advantage'. Third, in the alternative (at [37]), if Facebook does have rights to use the term FACEBOOK, there was no tarnishment or dilution because consumers would have understood it to be a reference to a parody and as such authorised by the First Amendment. Fourth (at [38]), the FACEBOOK marks were 'highly diluted already by others using identical or very similar marks, including numerous uses of the term "book" in connection with online networking'. Fifth (at [39]), Facebook should be estopped from arguing that the two websites provide similar service on the basis that Facebook has made 'public statements that its website at facebook.com is not a dating site and in fact has removed individuals from the siteupon discovering that said individuals had been using the site as a “dating site” to meet newpeople for sexual encounters'. Sixth (at [40]), there is no likelihood of confusion between the services provided by both websites. Seventh (at [41]), the registered FACEBOOK should be cancelled or the specification restricted to the goods and services which Facebook actually provides, namely online social networking. Eighth (at [42]), as Facebook has used the term "facebook" in a generic sense, it is estopped from now claiming that it is not generic.

Both parties have indicated that they will vigorously defend their respective marks.

The IPKat will be watching developments with keen interest -- though he trusts that all the action will be in court, not under the covers.

Someone who finds the word 'shag' hilariously funny here
The shag: a poetical observation by Christopher Isherwood here
Popular shag on the floor here
Why shag is for dogs here and here

Merpel,ever modest, would like to make clear that she is not that kind of Kat!
More than a polite poke: Shagbook courts trouble in date with Facebook

Reviewed by Catherine Lee on Wednesday, August 10, 2011 Rating: 5
The IPKat licenses the use of its blog posts under a Creative Commons Attribution-Non Commercial Licence.