Starbucks Defeated in Quest to Stop Sales of Charbucks Coffee

Miri Frankel Tuesday, November 26, 2013 - Charbucks, Starbucks, trade mark dilution
As the weather gets colder - yesterday was 30 degrees Farenheit (-1C) in New York City - this Kat enjoys warming up with a piping hot Starbucks latte.  But Starbucks, caffeine fueler of lawyers everywhere, is having a tough couple of weeks in court.  Two weeks ago, it was ordered to pay $2.79 Billion in damages to Mondelez International for walking away from an exclusive license agreement without valid reasons for termination of the agreement.

And last week, it lost its twelve year fight to win an injunction against Wolfe's Borough Coffee, which does business in commerce as The Black Bear Micro Roastery, from selling Charbucks Blend, Mister Charbucks and Mr. Charbucks blends of coffee (the "Charbucks Blends").  [Katpat Paul Teo, Ravindran Associates, Singapore!]

Starbucks, with over 8,700 retail locations worldwide, is the owner of more than 56 US trade marks (the "Starbucks Marks").  The Starbucks Marks are so highly recognizable that they are considered famous trade marks for the purposes of trade mark law.  By contrast, Black Bear Micro Roastery sells roasted coffee beans and related products at only a limited number of supermarkets in the New England region of the US, at one retail outlet in the State of New Hampshire, and online and through mail order.  Black Bear released its Charbucks Blend in 1997.  As the name suggests, the Charbucks Blends are made from strong, dark-roast coffee beans.  During the course of the decade-long litigation, Black Bear acknowledged that the name Charbucks was inspired by the extraordinarily dark roast of Starbucks coffee beans.  Starbucks sued Black Bear, asserting trade mark dilution, among other claims (the other claims were previously dismissed).


In determining whether a mark or trade name is likely to cause dilution by blurring, the court may consider all relevant factors, including the following:

(i) The degree of similarity between the mark or trade name and the famous mark.

(ii) The degree of inherent or acquired distinctiveness of the famous mark.

(iii) The extent to which the owner of the famous mark is engaging in substantially exclusive use of the mark.

(iv) The degree of recognition of the famous mark.

(v) Whether the user of the mark or trade name intended to create an association with the famous mark.

(vi) Any actual association between the mark or trade name and the famous mark.

In weighing these six factors, the District Court determined that the first factor weighed in favor of Black Bear because the Starbucks Marks and the Charbucks Blends marks were only minimally similar when viewed in commerce ("when the Charbucks Marks are viewed on the packaging," as seen in the photo at left).  The District Court held that the second through fifth factors weighed in favor of Starbucks, given the fame and distinctiveness of its Marks.  In analyzing the sixth factor, the District Court considered survey evidence submitted by Starbucks that showed that 30 percent of respondents believed that Starbucks and Charbucks were associated.  However, the District Court discounted the survey findings because (1) the survey only asked people about associations based on the pronunciations of the word marks rather than in context as used in commerce (including packaging, as well as house brand names such as The Black Bear Micro Roastery), and (2) because association by only 30 percent of respondents seemed low in comparison to other trade mark dilution cases in which survey results showed that 70 - 90 percent of respondents associated the marks at issue.  The District Court thus found that the marks are only minimally associated and "are not likely to impair the distinctiveness of the famous Starbucks marks."

On appeal, the Second Circuit was asked to consider whether the District Court erred in the method it used to analyze and balance the six factors used to determine likelihood of dilution.  With respect to the degree of similarity, "Starbucks advances no compelling reason for us to revisit our ruling on the issue of similarity."  In reviewing the question of actual association, the Second Circuit disagreed with Starbucks's argument that Black Bear's admitted association should be considered strong evidence of actual association.  Accepting Starbucks's perspective would effectively merge the fifth factor (intent to create an association) with the sixth factor (actual association), a result which would disrupt the Second Circuit's interpretation of statutes "to give effect, if possible, to every clause and word and to avoid statutory interpretations that render provisions superfluous."

Starbucks also asked the Second Circuit to revisit the results of its survey as evidence of actual association between the marks.  In its survey, respondents were asked "What is the FIRST THING that comes to your mind when you hear the name 'Charbucks'?"  Thirty percent responded "Starbucks" and nine percent said "coffee."  But when asked, "Can you name any company or store that you think might offer a product called 'Charbucks'?"  Only 3.1 percent of respondents answered "Starbucks" and 1.3 percent said "coffee house," which was not surprising considering the 70 percent of respondents who did not immediately connect Charbucks with Starbucks or coffee instead associated Charbucks with grilling, restaurant services and charcoal products, among other things.  [In addition, this Kat suspects that people who did recognize a similarity between "Charbucks" and "Starbucks" also recognized the unlikeliness of Starbucks selling in its stores a Charbucks blend that highlights one of the less favorable descriptions of its brand (instead, it countered negative consumer opinions of its "bitter" dark-roast coffee by releasing a lighter "Blonde Roast").  Black Bear, on the other hand, turns "Charbucks," which could connote "charred coffee beans," into a playful descriptor of its blend's attributes.]  Given these findings, and the fact that the survey did not present the marks in context, the Second Circuit thus ruled that the District Court did not err in discounting the survey results.

The Second Circuit felt that Starbucks did not meet the required burden to prove that an injunction was warranted, stating,


[b]ecause Starbucks' principal evidence of association, the [survey], was fundamentally flawed, and because there was minimal similarity between the marks at issue, we agree with the District Court that Starbucks failed to show that Black Bear's use of its Charbucks Marks in commerce is likely to dilute the Starbucks Marks.

Starbucks has said that it will respect the decision. 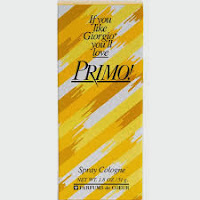 This Kat admits that, upon reading the initial news articles about the Second Circuit ruling, her initial instinct was that something had gone wrong.  Perhaps because of her frequent Starbucks patronage, she immediately associated Charbucks with Starbucks.  However, after pausing to consider the Black Bear Micro Roastery Charbucks Blend marks as used on packaging, this Kat recalled an analogous association: smell-alike fragrances.  Just as fragrances cannot be trade marked in the US (and many other jurisdictions), the darkness of a coffee roast (to this Kat's knowledge) cannot be trade marked apart from a specific brand name related to the type of roast.  Black Bear's Charbucks slogan, "You wanted it dark... You've got it dark!" in combination with the Charbucks blend name reminds her of the advertisement text used by smell-alike fragrance brand, Designer Imposters: "If you like [designer fragrance brand name], you'll love [imitation fragrance brand name]!"

What do readers think of this outcome?

Reviewed by Miri Frankel on Tuesday, November 26, 2013 Rating: 5
The IPKat licenses the use of its blog posts under a Creative Commons Attribution-Non Commercial Licence.