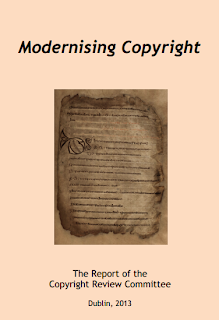 Following last week's katposts on proposed innovation exception (here) and provisions on linking and marshalling (here), it is now the turn of the proposal for a fair use exception contained in the recent Report released on 29 October 2013 by the Irish Review Committee and entitled Modernising Copyright.

One of the Terms of Reference for the Review Committee was in fact to "[e]xamine the US style ‘fair use’ doctrine to see if it would be appropriate in an Irish/EU context."

Systems of copyright exceptions and limitations are currently being reviewed a bit everywhere (UK: here and here, EU: here, even the US: here), and there are countries (eg Australia) where recent reform proposals have expressly included adopting an open-ended US-style fair use provision.

A few months ago the IPKat and The 1709 Blog launched a joint poll, seeking readers' opinion as to whether an open-ended US-style fair use clause would really make a difference in terms of user freedoms. At that time a tiny majority of voters (33%) believed that an open-ended US-style fair use defence would be especially useful when it comes to new technologies and problems. 31% of readers held the view that having a US-style fair use defence would be the only way to ensure a fair balance of interest between rightholders and users. On the sceptical front, 26% of voters held the view that US fair use would not be that different from closed systems of exceptions and limitations. Finally, 13% of voters thought that indeed US fair use makes a real difference, in that it unduly limits the rights of rightholders. 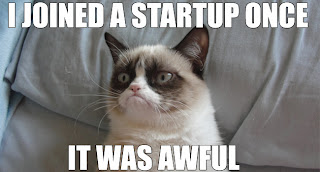 Seeking "to accommodate a range of apparently incompatible views", the Irish Report proposes "a possible draft of a tightly-drawn Irish [so not exactly US-style] fair use exception [according to the Report, this would be necessary to "enable context-sensitive accommodations to be developed as the occasion arises" and although "[i]t will not convert Sandyford into SiliconFord or otherwise transform Irish intellectual property overnight", "it will send important signals about the nature of the Irish innovation ecosystem"].This draft [is] based on three paramount considerations: the statutory text should take full account of the legitimate concerns raised by the doctrine’s critics; it should be tied as closely as  possible to, and informed as much as possible by, the existing exceptions; and it should be based on, and take advantage of, the experience of other jurisdictions ["not just the US, but also Holland, India, Israel, the Philippines, and Singapore, as well as the terms of the Berne three-step test", says the Report].The draft [seeks] to integrate the exception with existing, related exceptions in the current law: it provide[s] that, in any given case, the existing exceptions should be exhausted before any claim of fair use could be considered; also that they should be regarded as examples of fair use so as to allow workable analogies to be developed. Moreover, ... any such exception should come into force only when the Minister by order decided that it should, giving time for widespread consultation and preparation by the [proposed Irish] Copyright Council."

A sudden question will have already arisen in the minds of EU copyright fans: what about the constraints posed by Article 5 of the InfoSoc Directive? Does this allow Member States to legislate freely in the area of copyright exceptions, and adopt something that would be tantamount to a fair use exception?

According to the Report the answer is: ‘Yes, of course it does!’. This is because:

"there is scope under EU law for member states to adopt a fair use doctrine as a matter of national law, and [the InfoSoc Directive] does not necessarily preclude it (not least because, in our view, [the InfoSoc Directive] has not harmonized the adaptation right [this is also the reason why the Report does not see any obstacles to the adoption of an "innovation exception"]). In particular, ... while EU law accords a high protection to intellectual property rights such as copyright under the [InfoSoc Directive], case law in both the CJEU and the ECHR is increasingly stressing that these rights must be balanced against the protection of other fundamental rights ... [C]ritics of fair use simply asserted that our draft falls outside the ambit of what is permitted by EU law ... [W]e do not accept that our draft is necessarily incompatible with EU law."

While believing that a more flexible system of copyright exceptions would be a good idea, this Kat is not so sure that current Article 5 of the InfoSoc Directive allows Member States to adopt their own fair use exceptions. As explained by Prof Hugenholtz (University of Amsterdam), "the laws of copyright in the EU and its Member State ... do not permit "fair use" and thus allow little leeway for new technological uses not foreseen by the legislature."

Despite these concerns, the Report advocates inclusion of the following draft fair use provision into the Irish Copyright Act:

49A. Fair Use.
(1) The fair use of a work is not an infringement of the rights conferred by this Part.
(2) The other acts permitted by this Part shall be regarded as examples of fair use, and, in any particular case, the court shall not consider whether a use constitutes a fair use without first considering whether that use amounts to another act permitted by this Part.
(3) For the purposes of this section, the court shall, in determining whether the use made of a work in any particular case is a fair use, take into account such matters as the court considers relevant, including any or some or all of the following—
(a) the extent to which the use in question is analogically similar or related to the other acts permitted by this Part,
(b) the purpose and character of the use in question, including in particular whether
(i) it is incidental, non-commercial, non-consumptive, personal or transformative [what would be the relationship with the innovation exception?] in nature, or
(ii) if the use were not a fair use within the meaning of the section, it would otherwise have constituted a secondary infringement of the right conferred by this Part.
(c) the nature of the work, including in particular whether there is a public benefit or interest in its dissemination through the use in question,
(d) the amount and substantiality [again, similarly to the draft innovation exception, here's another reference to the (infamous) notion of substantiality ...] of the portion used, quantitatively and qualitatively, in relation to the work as a whole [so, not also “in part” … Does this comply with Infopaq?],
(e) the impact of the use upon the normal commercial exploitation of the work, having regard to matters such as its age [so, using a work created in 1960 could be considered fairer per se than using a work created in 2000?], value and potential market,
(f) the possibility of obtaining the work, or sufficient rights therein, within a reasonable time at an ordinary commercial price [this sounds rather vague ... Likelihood of disputes and related controversial interpretations: HIGH], such that the use in question is not necessary in all the circumstances of the case,
(g) whether the legitimate interests of the owner of the rights in the work are unreasonably prejudiced by the use in question, and
(h) whether the use in question is accompanied by a sufficient acknowledgement, unless to do so would be unreasonable or inappropriate or impossible for reasons of practicality or otherwise.
(4) The fact that a work is unpublished [here moral rights issues might arise] shall not itself bar a finding of fair use if such a finding would otherwise be made pursuant to this section.
(5) The Minister may, by order, make regulations for the purposes of this section—
(a) prescribing what constitutes a fair use in particular cases [but isn't the introduction of a fair use provision precisely intended to overcome lack of flexibility in systems of enumerated exceptions? Could such regulations water down the value and flexibility of a general fair use provision?], and
(b) fixing the day on which this section shall come into operation.

Reviewed by Eleonora Rosati on Wednesday, November 06, 2013 Rating: 5
The IPKat licenses the use of its blog posts under a Creative Commons Attribution-Non Commercial Licence.