From IP to NP, Day One: Part I

Jeremy Sunday, November 10, 2013 - From IP to NP conference report, Jeremy Phillips
"From IP to NP (Net Profit)" is both the theme and the title of the AIPPI's two-day conference spanning 10 and 11 November 2013 in the elegant and congenial setting of the Dan Panorama Convention Center, Tel-Aviv, Israel (click here for the full programme and other sundry details). This major event, organised by the Israeli chapter of the AIPPI, is backed by an impressive array of sponsors that includes the World Intellectual Property Organization (WIPO), the US Chamber of Commerce [isn't 'chamber of commerce' a quaint old phrase, ponders Merpel -- they'd never call it that today if they were inventing the concept just now] and various local bodies and organisations.

The event opened with a plenary session, at which all the usual formalities and pleasantries were aired: the importance of IP, the good work done by everyone in general and also in particular, the need to be vigilant, far-sighted, imaginative, decisive, flexible ... which is why we all feel a depressingly powerful need to be perpetually perfect.

Stephan Freischem (AIPPI Secretary General) opened the event with the observation that the keyword for IP today is "change", the only constant feature of AIPPI's century-long existence and the reason why AIPPI has gradually shifted from meetings every three years, to every two years and now to annual meetings, as well as smaller, more intimate meetings which enable AIPPI to remain both visible and viable. This conference, Stephan said, is well-nigh unique for the degree of cooperation between different stake-holders in setting it up; this accounts for the remarkably deep and varied content of the programme and range of participants.

Guy Rotkopf (Director General, Israel Ministry of Justice) continued by mentioning Israel's "brand" as "start-up nation" [that's also a book title, notes the Kat], working toward the effective creation, global protection and exploitation of innovations.  Dina K. Prialnik (Vice Rector, Tel-Aviv University) added a bit about her institution, which has played a major part in Israel's research, development and training: at present the University has some 4,500 research projects in hand, leading to around 60 patents a year.  With great diversity within the same campus, interdisciplinary and multidisciplinary collaboration has led to the creation of new subjects of study (including Brain Science) as well as new means of delivering courses -- all of which has made IP more relevant and important to a body that both produces and consumes the fruit of intellectual creation.  Finally, a message of goodwill was presented on behalf of Director General Francis Gurry, who also recorded a message in which he described Israel as having effectively outperformed the rest of the world in terms of putting its IP policy into practice.

The first of two Keynote Lectures was delivered by Daniel Zajfman (President, Weizmann Institute of Science), speaking on the title "Academic excellence, basic scientific research and commercialization: can they work together?"  He opened by emphasising the importance of his institute's outreach programme for educating the general public; after all, it's the general public that takes political and social decisions which affect science, so they should do so on the basis of knowledge.  The institute is focused on research but does not exploit it itself. It generates around 100 patents a year and has a commercial exploitation arm in Yeda.

"How do real scientists see IP?", he asked. We don't try to solve problems so much as to understand them, said Professor Zajfman; we also seek to achieve a level of academic excellence, but this can't be done unless you have parameters and criteria within which excellence can be defined and measured. Academic excellence can't be measured in numbers and it's usually recognised retrospectively, which is why Nobel Prizes are often granted so many years after the event.  The Weizmann Institute seeks to invest in excellent people with excellent ideas ("Major discoveries aren't made in the laboratory, they're made in the brain"), so this question is important for it.  Much the same applies when scientists appoint lawyers: they can't understand what they're doing and have to make an assessment of their excellence based on external criteria.

"One of the best driver of innovation is curiosity", said Professor Zajfman, relating the tale of Faraday's contribution to the role of electricity: however much money and effort you spend in developing a new candle, you'll never invent the electric light.  While curiosity is good, knowledge -- at any rate, too much of it -- is not: "If someone knows all the answers, we don't want him".  Willingness to take risks and freedom to think are also of crucial importance: basic research cannot be micromanaged from outside because it is driven by passion from within.  He added:

For this reason, the Weizmann Institute refuses to engage in research projects with industry and does not set up its own start-ups: this preserves its academic freedom and lets it produce its own results. Even Yeda can't go back to the institute and point it towards market opportunities. However, while scientists there have total freedom academically, they have zero percent entitlement to the resulting IP per se -- though opportunities for returning royalty profits exist and the institute has been extremely successful in this regard.

Research results are published, but there's no point in publishing papers if no-one bothers to read them ("my dog can do that"). In terms of imparting knowledge once it's created and exploited, the Weizmann Institute is the leading body outside the United States. In terms of scientific citations per GDP, Israel is way up at the top, along with Switzerland, Sweden and Luxembourg. A big difference between Israel and Switzerland, though, is that most of Israel's production of knowledge is home-grown (99% for Israel, 10% for Switzerland). Israel has to grow its own scientific expertise since it's so difficult to import it.

The second Keynote Lecture was delivered by David Kappos (former Under Secretary of Commerce for Intellectual Property and Director of the US Patent and Trademark Office, currently with Cravath, Swaine & Moore, LLP, speaking on "The role of IP in the future world development".  Why is IP becoming so unpopular, he asked.  The answer is that it's right in the middle of the target zone.  It's a long-term investment which is always pitched against short-term exigencies such as access to medicine, cheap prices etc, and this means it's always in for a rough ride.  Also, the transition of IP from specific items of property to an asset class has produced concepts that have attracted adverse reaction, such as that of the patent troll.  An honest re-examination of the IP system is required -- and academics in particular owe it to us to provide that honesty.

After describing the long and tortuous process by which AmberWave's work on strained silicon led from concept to product, David reminded us that some sort of incentive or protection was vital if the taking of risk and seeing a project through are to be viable.  He then addressed the proper scope of protection: software patents were important and software was no less deserving of protection than any other form of innovation -- but what is also important is to get the right measure of the scope of protection extended to such patents.  GPS devices are good examples of products we all rely on and of which the patented software is the most part; the same applies to the da Vinci surgical system. To deprive software of the ability to be patented is to practise a form of discrimination in the field of innovation which makes it more difficult to raise capital as well as to protect intellectual creativity.

David then addressed the issue of patent quality: it is of key importance since lack of quality leads to dispute and uncertainty.  In this context:


"the question isn't "how to find the perfect test for patentable/non-patentable subject matter?" but "how do we get the right documentation so far as the patent's claims and descriptions are concerned?"

Ultimately do we want our patents and our protection on the cheap, or do we want something that really works? We've struggled with software patents -- but it's better to struggle to get them right than to cave in to the lobbyists and reject them completely. 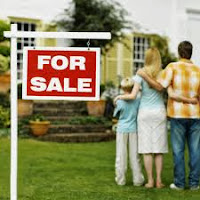 David concluded with some words on patents as an asset class.  The real problem is that an alternative market place, with stability, consistent valuation methodologies, a reliable secondary market, pricing transparency and equality of information, is still in the process of evolution but does not yet exist.  "We'll know when we get there", he noted, "when it resembles the market for real estate".  The courts have a large part to play in issuing consistent decisions on damages and injunctions, and granting offices have a part to play too, in dealing with patent amendments.  Rules such as "loser-pays" in patent litigation are also helpful in this regard.
From IP to NP, Day One: Part I

Reviewed by Jeremy on Sunday, November 10, 2013 Rating: 5
The IPKat licenses the use of its blog posts under a Creative Commons Attribution-Non Commercial Licence.