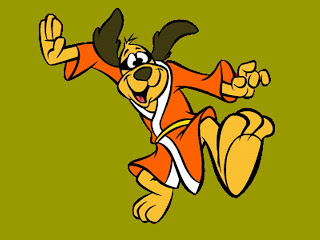 Apple has been having a rather good time of it over the past few weeks. First came its success in shutting down the five fake Apple stores (Merpel asks: shouldn’t that be ‘stoers’?) in Kunming, China (noted by the IPKat here, and here). Then came the foiling of the somewhat medieval zipwire shenanigans of a group of smugglers attempting to get iPads into Hong Kong on the cheap. As Engadget reports, “The unsanctioned exporters fired a slingshot from a high-rise in Shenzen, dragging a zip line down to a small house just across the Sha Tau Kok river in Hong Kong.” Their cunning plan was rumbled, however, when someone spotted the wire and called the authorities. Having left a trail that even Hong Kong Phooey (right) would have struggled to miss, the fledgling smugglers were soon apprehended. Police simply followed the wire and discovered $46,000 of Apple products and four red-handed culprits.

However, yesterday Foss Patents brought news (via German news agency dpa) that Apple has just secured another win – and this time against a far bigger fish. Readers will be aware of the ongoing spat between Apple and Samsung over the alleged copying of the iProducts' styling in various of Samsung's recent mobile inventory items. The case in question concerns the styling of the iPad and its alleged infringement by some of Samsung's tablet offerings. 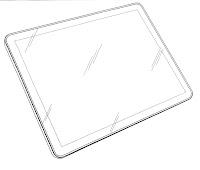 Foss Patents has recently explained that Apple was seeking that “Samsung be enjoined from “using, in particular, manufacturing, offering (including advertising), introducing into the market, importing, exporting and/or possessing for the said purposes”” the Samsung Galaxy Tab 10.1 (the one on the right below - the iPad is on the left) on the basis that it infringes the Apple’s iPad-related Community Design (No. 000181607-0001 (one of the pictures from which is reproduced above) with a priority date of 17/03/2004).

The case came before the Landgericht (district court) of Düsseldorf earlier in the week, which granted the preliminary injunction. This barred, with immediate effect, all distribution of the product in the European Union (except for the Netherlands, where a separate action is underway). Samsung is expected to appeal the decision. The Kats will bring you more news as they get it.

Reviewed by Matt on Wednesday, August 10, 2011 Rating: 5
The IPKat licenses the use of its blog posts under a Creative Commons Attribution-Non Commercial Licence.