Letter from AmeriKat I: Is there some Omega v Costco-induced disquiet in the lower courts? 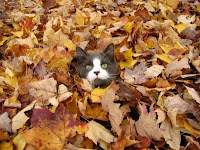 div>The AmeriKat walked down Bedford Row early last week, wrapping her coat tightly around her as the chilling wind whipped up auburn leaves around her paws. (picture, left) Later in the week, walking past Wildy & Sons, she was faced with having to discard said coat as the sun beamed down on the glistening fountain in Lincoln's Inn. Perhaps, she thought, there are some last few days of summer to be had? Wishful thinking, she concluded. The signs of the impending seasonal change have truly begun to weave its signature signs into the patchwork quilt that has been the London summer. During last year's weeks of seasonal transition, the AmeriKat was writing about the impending first sale doctrine US Supreme Court ruling in the Omega v Costco case. Now a year later she is again writing about the decision, but this time in relation to its after-effects being felt in the lower courts.

Is all still not well after Omega v Costco? Of course not....

Last Monday the Court of Appeals for the Second Circuit issued their decision in John Wiley & Sons, Inc v Supap Kirtsaeng which examined the status of the first sale doctrine following Omega v Costco. The Appeals Court upheld the interpretation under Quality King and last year's decision in Costco v Omega which held that copyright goods manufactured abroad were not goods "lawfully made under" Title 17 (US copyright law statute) and therefore were not subject to the first sale doctrine. That it is to say, copyright proprietors could control if and the manner in which their goods are imported and sold in the US as long as those goods were manufactured abroad. However, the Supreme Court's "decision", if one can even call it that, was a 4-4 per curiam split after Justice Kagan recused herself was considered a big setback for US retailers and inappropriately encouraged the foreign manufacture of goods.


John Wiley & Sons is a publisher of academic, scientific and educational journals and books, including textbooks for sale in domestic and international markets. Wiley's wholly-owned subsidiary manufactures books for sale in foreign countries. The books are largely similar or identical, but can differ in design and content. The foreign editions are marked with a disclaimer stating that they are to be sold only in a particular country or geographic region. Supap Kirtsaeng moved to the US from Thailand in 1997 to study a degree in mathematics at Cornell University and later moved to California to pursue a doctoral degree. 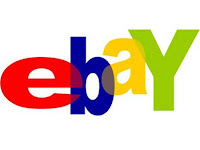 To help subsidize his degree, Kirtsaeng's friends and family shipped him foreign edition textbooks printed by Wiley's subsidiary. He in turn sold them on eBay.com (where else?) and after reimbursing his friends/family for the costs kept the profit. In September 2008, Wiley filed copyright infringement, trade mark infringement and unfair competition actions against Kirtsaeng, but later dropped all but the copyright infringement claims. Kirtsaeng submitted proposed jury instructions charging that the first sale doctrine was a defense to copyright infringement. The District Court prohibited him from raising this defence holding that

"[t]here is no indication that the imported books at issue here were manufactured pursuant to the US Copyright Act. . . [and,][t]o the contrary, the textbooks introduced as evidence purport, on their face, to have been published outside of the United States."

The jury ultimately found Kirtsaeng liable for willful copyright infringement of all eight works subject to the proceedings and imposed damages of $75,000 for each of the works.


The question before the Appeals Court was whether the District Court correctly determined that the phrase "lawfully made under this title" does not include copyrighted goods manufacutered abroad.

However, section 109(a) - the codification of the first sale doctrine - provides that

"Notwithstanding the provisions of section 106(3) [of the Copyright Act], the owner of a particular copy...lawfully made under this title, or any person authorized by such owner, is entitled, without the authority of the copyright owner, to sell or otherwise dispose of the possession of that copy."

"The purchase of a book, once sold by authority of the owner of the copyright, may sell it again, although he could not publish a new edition of it. . . . In our view the copyright statutes, while protecting the owner of the copyright in his right to multiply and sell his production, do not create the right to impose, by notice, such as is disclosed in this case, a limitation at which the book shall be sold at retail by future purchasers, with whom there is no privity of contract." 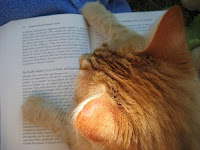 Congress then codified the Bobbs-Merrill holding in the 1909 Copyright Act which became known as the first-sale doctrine. The current version of the doctrine codified in section 109(a) differs, the Court said, in two ways. First, under current copyright law the exclusive right to "vend" granted to copyright holders has been replaced by the exclusive right to "distribute" - but in Quality King it was noted that nothing turns on this alteration. The second change, is that the first sale doctrine no longer applies to "any copy of a copyrighted work" but only to any copy "lawfully made under this title." And this is where the trouble begins....(picture, left - the AmeriKat with a purchased book that has been "lawfully made under this title", or has it....?)


The Court recognized that there is tension between s.109(a) and s.602(a)(1) in that the latter seeks to give copyright holders broad control over the circumstances in which their copyright works may be imported into the US, and the former which limits the extent to which a copyright may control distribution following an initial sale. 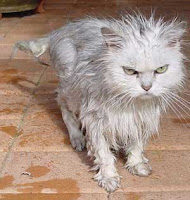 The Supreme Court had their first occasion to consider the interplay of these two provisions in the Quality King Distributors, Inc v L'Anza Research International, Inc. (1998). In that case, L'Anza manufactured and sold shampoos, conditioners and other hair care products. (picture, right - the AmeriKat after her weekday morning shampoo) L'Anza sold its products domestically and internationally, but its prices to foreign distributors were 35% to 40% lower than the prices charged to its domestic distributors. L'anza sued Quality King Distributors after Quality King purchased L'anza's products from one of L'anza's foreign distributors and then reimported the products into the US for re-sale. The Supreme Court heard the case to decide the question of whether the first sale doctrine endorsed in section 109(a) is applicable to imported copies.


In an unanimous opinion, the Supreme Court held that section 109(a) limits the scope of section 602(a). However, the Quality King case was concerned with goods manufactured in the US, not goods manufactured abroad. Justice Ginsburg also noted that this distinction

"This case involves a 'round trip' journey, travel of copies in question from the United States to places abroad, then back again. I join the Court's opinion recognizing that we do not today resolve cases in which the allegedly infringing imports were manufactured abroad."

Although, as stated above, the Supreme court did not address the question whether section 109(a) can apply to items manufactured abroad, the decision did contain instructive dicta. For example, the Supreme Court "took pains" to explain the ways in which the two provisions overlap and suggested that copyrighted material manufactured abroad cannot be subject to the first sale doctrine contained in section 109(a) as shown by their example below:


Click here for Part II 's discussion on the Court of Appeals decision.

Letter from AmeriKat I: Is there some Omega v Costco-induced disquiet in the lower courts?

Reviewed by Annsley Merelle Ward on Sunday, August 21, 2011 Rating: 5
The IPKat licenses the use of its blog posts under a Creative Commons Attribution-Non Commercial Licence.