As the IPKat reported, on 28 November 2013, the EU Commission submitted to the Council and to the Parliament a Draft Directive on the protection of trade secrets (the ‘Commission Draft’). While the European Parliament has not started discussing it, yesterday the Council rendered its opinion on the draft directive (the ‘Council Draft’) [press release here; opinion here].

Although the main aims of the draft directive remain the same, the Council’s approach appears to be somewhat different from the EU Commission on a number of crucial points. Indeed, the Council pushed for a “minimal harmonisation”, suggesting that a wider degree of freedom should be left to Member States in the transposition of the Directive. Further, it took the position that Member States should be allowed to provide for a higher level of protection than that requested by the Directive, provided that the basic principles contained in it are safeguarded. As the brand new Art. 1(2) establishes:

“Member States may provide, in compliance with the provisions of the Treaty, for more far-reaching protection against the unlawful acquisition, use or disclosure of trade secrets than that required in this Directive, provided that compliance with Articles 4, 5, Article 6(1), Article 7, the second subpragraph of Article 8(1), Articles 8(3), 8(4), 9(2), Articles 10, 12 and Article 14(3) is ensured”.

The main amendments to the Commission Draft are a follows: 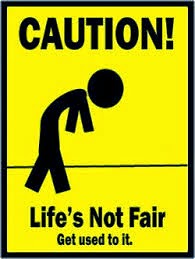 While the definition of “trade secret” of Article 2 remains the same as the Commission’s proposal (which in turn reflects Art. 39 of TRIPs), one of the most sensible Council amendments concerns the scope of violation of a trade secret.  In principle, both the Commission and the Council agree that trade secret holder should be able to prevent or obtain redress for “the unlawful acquisition, use or disclosure of their trade secret” (Art. 3). The two Drafts, however, do not share the same idea of what “unlawful” means.

In the Commission’s proposal, “intention” or at least “gross negligence” are necessary if the acquisition, use or disclosure of a trade secret is to be considered “unlawful” (Arts 3(2), 3(3), 3(4) and 3(5) of the Commission Draft). The Council, eliminating those subjective elements, simply proposed that “unlawful” meant any acquisition, use or disclosure “which, under the circumstances, is considered contrary to honest commercial practices” (Arts 3(2)(f), 3(3)(a) of the Council Draft).

Substituting intention to infringe and gross negligence with a general reference to commercial “honesty” could result in wider protection for trade secrets and an easier life for trade secret holders, who would no longer have to demonstrate an infringer’s subjective status in order to secure protection.

Moreover, national courts could benefit (and harmonisation could suffer) from a wider degree of freedom in defining what is “honest” and “lawful”.  Although Articles 3 and 4 provide guidelines for this purposes, the Council stressed the importance of national law in this regard by including a new Article 4(1a):

In the same perspective, national law could also be considered when assessing the “purpose of protecting a legitimate interest” according to which one could lawfully acquire, use or disclose trade secrets (Art. 2(e) of the Council Draft, which added the wording “legitimate interest … recognised by Union or national law” to the Commission’s draft).

If the Parliament approves the Council’s proposal, the concurrent contribution of Union and national law to the definition of what is commercially “honest” (and therefore “lawful”) could result in an increased influence of the Court of Justice of the European Union even beyond the field of trade secrets -- take, eg, a provision of national unfair competition law that is solely based on concept of commercial fairness, which the CJEU could have the chance to shape via national courts’ references on trade secret-related issues.

Finding it “necessary to provide the competent judicial authorities with more flexibility when assessing the need for the adoption of injunctions (whether definitive or provisional) and corrective measures”, the Council rephrased Articles 10(2) and 12(1) of the Commission Draft, which imposed a mandatory examination of some elements when “deciding on the granting or rejecting of the application and assessing its proportionality” or “considering a request for the adoption of the injunctions and corrective measures” (Art. 12(1)). These elements concerned the value of the trade secret, the impact of the unlawful use or disclosure of the trade secret, the legitimate interests of the parties, the legitimate interests of third parties, the public interest and the safeguard of fundamental rights, etc.

The Council Draft more generally requires the competent national judicial authorities “to take into account the specific circumstances of the case” (Art. 10(2)), while national Courts are free to consider the mandatory elements listed above only “where appropriate”.

No intention to harmonise criminal protection

The Council took care to specify that the Draft Directive will not in any way interfere with national prerogatives regarding criminal law. In this perspective, amended Recital 8 as follows:

A “civil” was also added to Article 5, which now reads

“Member States shall provide for the measures, procedures and remedies necessary to ensure the availability of civil redress against unlawful acquisition, use and disclosure of trade secrets”.

Another amendment of relevance is the one of Article 13(1) and concerns the dramatic relation between trade secrets and employees [which have occupied this Kat’s mind for the last weeks -- before, during, and after the IGIR/IEEM conferences in Macao and Hong Kong on the very same topic; a book addressing the issue of trade secret and employees in the jurisdictions represented at those conferences is being contemplated in order to de-classify that messy issue and bring clarity and happiness for all].

Seeing as employees’ pockets are not the deepest and that the boundaries of lawfulness when it comes to information that employees (or former employees) may acquire and use are  not the most closely defined, the Council included a new paragraph to Article 13, aimed to allow Member States

“[i]n accordance with their national law and practice … to restrict the liability for damages of employees towards their employers for the unlawful acquisition, use or disclosure of a trade secret of the employer when they act without intent”.

Confidentiality of trade secrets in the course of proceedings

Article 8 of the Commission Draft provided a general obligation not to use or disclose trade secrets or alleged trade secrets disclosed in legal proceedings upon all those who obtained access or became aware of them as a result of participation to the same proceedings. In this regard, the Council struck a balance between legitimate secrecy expectations of the trade secret holder and the right of defence of other parties involved in possible proceedings, providing that a secrecy regime might only be established towards information that the competent authorities have “identified as confidential” further to “a duly reasoned application by the interested party” (Art. 8(1) of the Council Draft).

In the Council’s proposal it is for the trade secret holder to submit a reasoned claim for confidentiality regime upon specific information and to provide reasons supporting such request. The Courts would then examine such claim and provide accordingly, if reasons for establishing a secrecy regime exist.

Once the secrecy regime is established, the Council specified, “the obligation [thereof] shall remain in force after the legal proceedings have ended”, unless such information becomes generally known within relevant professional circles or a final decision acknowledges that it does not meet the trade secret requirements provided by Article 2.

Finally, Art. 7 of the Commission Draft provided that actions related to trade secret violation might have been brought “at least one year but not more than two years after the date on which the applicant became aware, or had reason to become aware, of the last fact giving rise to the action”. “That is too short!”, Council must have thought, so it chose to let Member States opt for a limitation period up to six years, leaving them free to define the moment from which such period starts running and possible reasons for its suspension (Art. 7 of the Council Draft).
The Council will now start negotiations with the EU Parliament [provided that an EU Parliament still exists after the last elections, sniffs Merpel], whose response should be available in a few months.

Reviewed by Alberto Bellan on Wednesday, May 28, 2014 Rating: 5
The IPKat licenses the use of its blog posts under a Creative Commons Attribution-Non Commercial Licence.