Plaintiff Deckers Outdoor Corporation makes and distributes the UGG® boots, which had their fashion moment in the early 21st century. As stated in the amended complaint, “UGG® sheepskin boots have become a high fashion luxury item and can be found on  fashion runways around the world.” The UGG® boots are made out of sheepskin, and are worn with the fleece inside of the boots, which make them quite warm to the tootsies. They were very popular in the cold U.S. Northeast, but it also became quite a look on the West Coast to wear them bare legged with a short or a mini skirt. 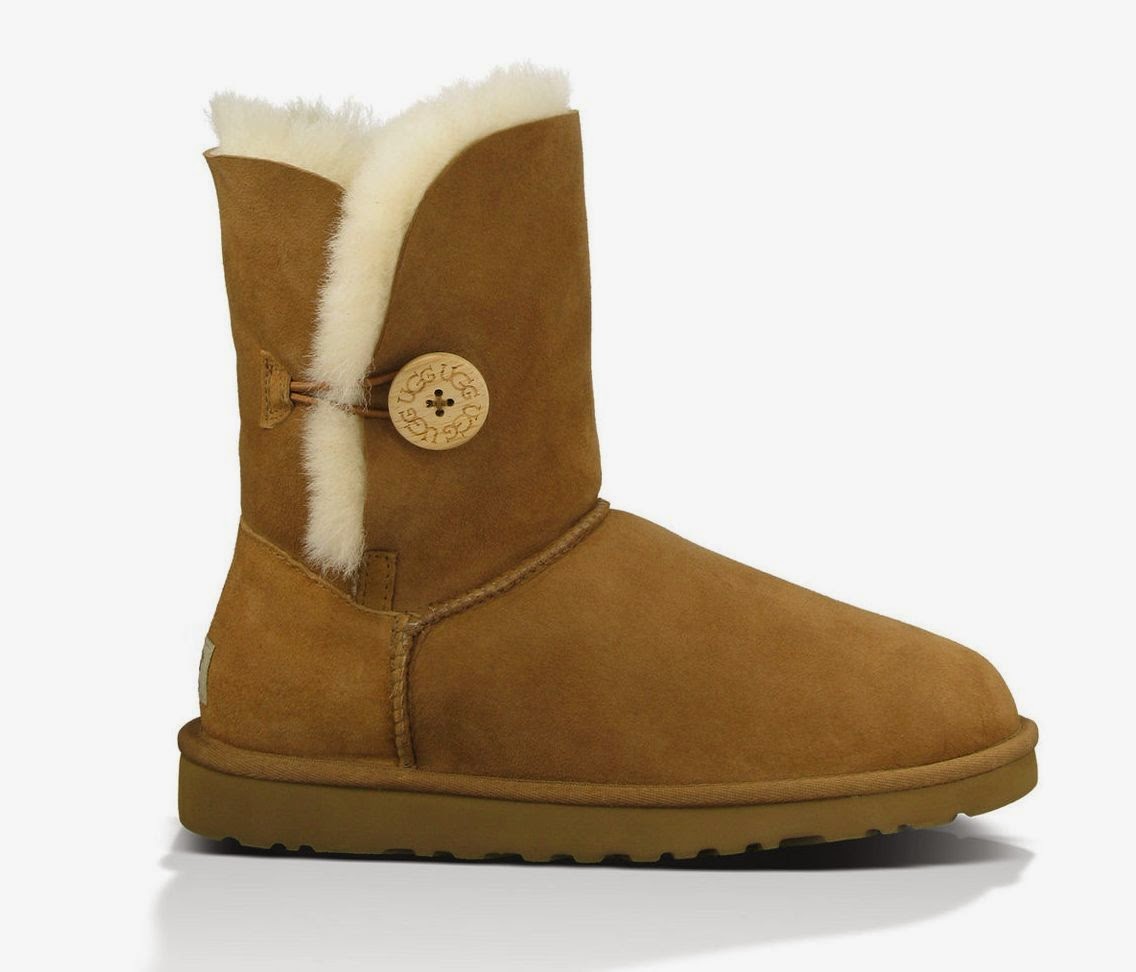 The Bailey Buttons boots are a bit different than the UGG® boots which became popular in the U.S. a decade or so ago, as these did not have a button as part of their design. As explained in the Amended Complaint, the front and rear panels of the Bailey Button boots overlap on the lateral side of the boot’s shaft, the overlapping panels have curved top edges, and the edges have exposed fleece-type linings. Also, one or more buttons are “prominently featured on the lateral side of the boot shaft adjacent the overlapping panels.” The Plaintiff claimed that these elements are non-functional and serve primarily to identify UGG® as the source of the product.

As a reminder, U.S. copyright law does not allow for the protection of useful items, which has left fashion designers with the options of protecting their work either with a design patent, or by claiming that a particular design is a trade dress, as it has acquired secondary meaning and can thus protected by trademark law.

Indeed, when Plaintiff found out that Defendant J.C. Penney was selling boots that Plaintiffs believed were knocking off its Bailey Button boots design, it filed suit for infringement, false designation of origin, unfair competition, and patent infringement. J.C. Penney moved to dismiss.

Plaintiff claimed in its amended complaint that “[e]lements of [the] Bailey Button Boot Trade Dress are nonfunctional and [that] its inherently distinctive quality has achieved a high degree of consumer recognition and serves to identify Plaintiff as the source of high-quality goods,” and that defendant’s use of Plaintiff’s trade dress is likely to cause consumers’ confusion. Plaintiff also claimed that such unauthorized use of its trade dress constituted false designations of origins and unfair competition.

Defendants argued  that the court should dismiss the false designations of origin claim, quoting the DastarCorp. v. Twentieth Century Fox Supreme Court case, where the Court held that the “origin of the goods” provision of §43(a) of the Trademark Act refers to the producer of the goods offered for sale, not “to the author of any idea, concept, or communication embodies in those goods.” Defendants interpreted Dastar as meaning that there is no violation of the Trademark Act if Defendant produces goods which are alleged to infringe Plaintiff’s rights, even if these goods embody Plaintiff’s ideas and concepts. Here, J.C. Penney argues that it never presented Plaintiff as being the producer of the boots sold at the J.C. Penney store.


Dastar was a reverse passing-off case, where a defendant affixed its own mark on goods produced by plaintiff, while here Plaintiff was claiming passing-off. Judge Wright nevertheless granted defendant’s motion to dismiss Plaintiff’s  false designation of origin claim, as J.C. Penney is indeed at the origin of its own goods, the allegedly infringing boots it sells at its stores, and, as such, is indeed the producer of the goods it offers for sale.

Reviewed by Marie-Andree Weiss on Wednesday, September 17, 2014 Rating: 5
The IPKat licenses the use of its blog posts under a Creative Commons Attribution-Non Commercial Licence.