Jeremy Monday, September 08, 2014 - ICC publications, Jeremy Phillips, trade secrets
This Kat, who only yesterday posted this book notice on a recent trade secrets publication, received an excited email from Sam Davies of the International Chamber of Commerce, letting him know that the ICC has just released a new publication entitled “Trade Secrets: Tools for Innovation and Collaboration”.  This new paper can be accessed here.  Sam adds:


From Coca-Cola to Google, trade secrets have long been the "secret sauce" in today's most innovative companies [Merpel doesn't for one minute believe that there is any meaningful secret in the Coca-Cola formula any more.  The only real secret is how Coca-Cola has managed to perpetuate the myth that the secret still exists. Readers, both from the legal side of things and from the world of science, are invited to comment]. Although intellectual property is best known for copyrights, trademarks, and patents, it is estimated that 70 per cent of the value of companies’ intellectual assets stems from its trade secrets.

Our researchers found that by providing additional security, trade secret protection makes it less risky to share knowledge with partners, thus facilitating open, collaborative innovation [This is not a startling conclusion: it's a bit like saying that, if you are more careful, you are less likely to suffer the consequences of failing to take care. However, the reality shows that the daily pressures of business do not work in favour of a foolproof safety-first strategy]. The paper not only explores in depth the availability of trade secret projection across borders, but how companies and policymakers can best leverage this legal tool to create value not only for themselves but society as a whole.

The ICC has more to say about this paper and its context within the ICC's work in the field of IP: 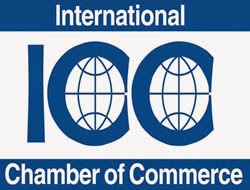 ... “Trade secrets: tools for innovation and collaboration” is the third instalment in a research paper series produced by the ICC Commission on Intellectual Property. The five-paper series explores how intellectual property (IP) interacts with decisions, transactions and processes related to technology development and dissemination. The latest paper, prepared by external researchers Jennifer Brant and Sebastian Lohse, aims to inform policymakers about shortcomings in existing frameworks for trade secret protection, which can undermine cross-border collaboration. It comes amid growing awareness among companies of their vulnerability to the theft of confidential business information.

In the US, federal cases of trade secret theft doubled between 1995 and 2004, and are expected to double again by 2017. At the same time, in EU countries some 20% of respondents to a recent survey reported having experienced at least one attempt or act of misappropriation over the past 10 years.

“Our new research paper explains what trade secrets are, then looks into the challenges that companies face in managing trade secrets in the real economy. It also suggests some actions that companies and legislators could take to ensure confidential business information can be effectively protected and managed.”...

“Many of the complex technical problems today require a collaborative approach toward innovation. Often a broad array of confidential business and technical information may need to be shared. Companies need to foster a culture which links the value of technology and IP, such as trade secrets, to the economic objectives of a business plan. They then need a strategy to manage the development of the IP.  These actions go a long way to providing the discipline necessary to achieve business plan objectives while reducing risk when sharing knowledge with partners in an open, collaborative manner” ....

The first two papers in the IP and Innovation series, launched in October 2013, addressed how small- and medium-sized enterprises could improve their performance through better management of intellectual assets ["Enhancing Intellectual Property Management and Appropriation by Innovative SMEs", in English here, and in Portuguese here], and the role of open innovation ["The Open Innovation Model", in English only, here]. Due for release later this year, the final two papers will explore issues relating to the evolving geography of innovation, and diffusion channels for technology and know-how.

This Kat, who is always interested in community-building and communications within the various parts of IP, is pleased to see the ICC taking an active role, but he is quite concerned about the ICC's lack of general visible participation in mainstream IP circles.  He attends many events every year and speaks to people from all sorts of organisations, but hardly ever comes across anyone from the ICC; almost his only contact with that body comes via press releases he receives from it.  Is his experience unique and simply a matter of him failing to encounter ICC folk when they are around and about, or do others have the same impression?

Merpel, ever fascinated by people, wonders who Jennifer Brant and Sebastian Lohse are. They are described as "external researchers" but she doesn't know where they are based, what they do when they are not composing ICC reports and what their academic, professional or practical backgrounds are.  It would be good to know, since it can strengthen a report to discover that its authors have a particular aptitude or experience that adds value to their comments and conclusions.
Trade secrets: even more exposed!

Reviewed by Jeremy on Monday, September 08, 2014 Rating: 5
The IPKat licenses the use of its blog posts under a Creative Commons Attribution-Non Commercial Licence.