BREAKING: AG Spuznar says that provider of free Wi-Fi is NOT liable for users' infringements but an injunction can be sought against him 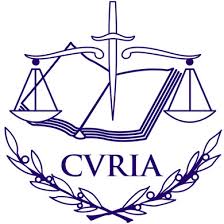 Can the provider of a password-free free Wi-Fi be liable for infringements - specifically: of copyright - of those who use his/her service?

This question is not an abstract one, but rather the core of a case currently pending before the Court of Justice of the European Union (CJEU): McFadden C-484/14.

As readers may imagine, should the answer be 'yes', this would change quite a few things ...

This blog reported for the first time on this reference for a preliminary ruling in late 2014, and also hosted the open 'Save our open WiFi' letter penned by the Electronic Frontier Foundation in 2015.

As explained above, in a nutshell this case requires the CJEU to clarify [once again ... a recent instance is the decision in Papasavvas, an online defamation case] who can be considered an intermediary for the sake of the ECommerce Directive and what remedies can be sought against intermediaries - notably mere conduit (access) providers - that enjoy the so called safe harbour protection. Article 12 of the ECommerce Directive provides that:

2. The acts of transmission and of provision of access referred to in paragraph 1 include the automatic, intermediate and transient storage of the information transmitted in so far as this takes place for the sole purpose of carrying out the transmission in the communication network, and provided that the information is not stored for any period longer than is reasonably necessary for the transmission.

3. This Article shall not affect the possibility for a court or administrative authority, in accordance with Member States' legal systems, of requiring the service provider to terminate or prevent an infringement."

In relation to the question of who can be considered an intermediary for the sake of the ECommerce Directive, the issue more specifically becomes whether a subject that offers access to the internet without (directly) seeking a remuneration can fall within the scope of the Directive, since Recital 17 in the preamble thereof states that the notion of information society services "covers any service normally provided for remuneration".

When this Kat first reported on this reference, she noted that Recital 18 nonetheless clarifies that “information society services … in so far as they represent an economic activity, extend to services which are not remunerated by those who receive them”. Indeed, in Papasavvas the CJEU held [para 30] that “the concept of ‘information society services’ … covers the provision of online information services for which the service provider is remunerated, not by the recipient, but by income generated by advertisements posted on a website.”

Going back to McFadden, here the main reason why Mr McFadden provides password-free free internet access is to drive traffic to his website. More specifically, Mr McFadden operates a business selling and renting lighting and sound systems near Munich, in which he offers a Wi-Fi network accessible to the public. In 2010, a musical work was unlawfully offered for downloading via that Internet connection. The Landgericht München I (Regional Court, Munich I, Germany), before which the proceedings between Sony and Mr Mc Fadden were brought, takes the view that he was not the actual party who infringed the copyright, but is minded to reach a finding of indirect liability on the ground that his Wi-Fi network had not been made secure.

This morning Advocate General (AG) Szpunar [who tweets as @maciejszpunar] delivered his Opinion [not yet available on the Curia website].

According to the relevant press release, the operator of a shop, hotel or bar who offers a Wi-Fi network free of charge to the public is not liable for copyright infringements committed by users of that network.

In other words, the AG took the view that the safe harbour in Article 12 of the ECommerce Directive also applies to a person who, as an adjunct to his principal economic activity, operates a Wi-Fi network with an Internet connection that is accessible to the public free of charge. It would not be necessary for the person in question to present himself to the public as a service provider or that he should expressly promote his activity to potential customers.

This however does not prevent the relevant rightholder from seeking an injunction against that operator in order to bring the infringement to an end. However, such injunction could not go as far as requiring its addressee to terminate or protect the Internet connection by means of a password [this Kat suspects that this is not only because of the need to ensure that a fair balance is struck between different fundamental rights, but also because of proportionality considerations] or examine all communications transmitted through it [this would be against Article 15 of the ECommerce Directive].

The AG also said that NO orders against intermediary service providers can be made for the payment of: (1) damages; (2) the costs of giving formal notice or other costs relating to copyright infringements committed by third parties [this is extremely interesting, considering that in the UK intermediaries - see Cartier for a recent non-copyright case, currently under appeal - have been required by courts to bear the costs of blocking access to 'rogue' websites].

Overall when it comes to injunctions, national courts must ensure: (i) that the measures are, in particular, effective, proportionate and dissuasive; (ii) that they are aimed at bringing a specific infringement to an end or preventing a specific infringement and do not entail a general obligation to monitor; and (iii) that a fair balance is achieved between the applicable fundamental rights, in particular, freedom of expression and information and the freedom to conduct business, as well as the right to the protection of intellectual property.

The AG further stated that the Ecommerce Directive does not, in principle, preclude the issuing of an injunction which leaves it to the addressee to decide what specific measures should be taken [this seems in line with the CJEU decision in Telekabel]. It is nevertheless left to the national court hearing an application for an injunction to ensure that appropriate measures do indeed exist that are consistent with the restrictions imposed by EU law.

As soon as the Opinion becomes available, a more detailed analysis will be provided: stay tuned!

[UPDATE @10:52: the AG Opinion is now available here]
BREAKING: AG Spuznar says that provider of free Wi-Fi is NOT liable for users' infringements but an injunction can be sought against him

Reviewed by Eleonora Rosati on Wednesday, March 16, 2016 Rating: 5
The IPKat licenses the use of its blog posts under a Creative Commons Attribution-Non Commercial Licence.