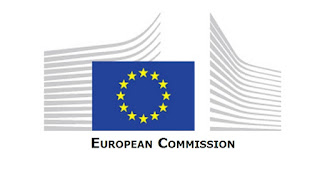 As a further follow-up to its Digital Single Market Strategy released last May [here] and - more specifically - the Communication issued last December in tandem with a proposal for a regulation on cross-border content portability [here], yesterday the EU launched yet another public consultation.

Readers will remember that in its December Communication, the Commission indeed announced that it would consider initiatives both in the area of neighbouring rights and exceptions and limitations, including freedom of panorama.

As regards new neighbouring rights, in its Communication the Commission stated that it would consider "whether any action specific to news aggregators is needed, including intervening on rights".

As explained on the relevant Q&A section made available by the Commission,

"The Commission has no plan to tax hyperlinks. We have no intention to ask people to pay for copyright when they simply share a hyperlink to content protected by copyright. Europeans share and post hyperlinks every day and they should remain free to do so [if by “taxing” the Commission intends “paying a licence fee”, then this statement frankly sounds a bit too bold without any legislative intervention, considering Svensson and its progeny (one of this Kat's favourite topics of all time)].
The Commission will look at the activities of different types of intermediaries in relation to copyright-protected content. This is a different issue.
News aggregators, for example, are not only using hyperlinks but also extracts of articles and may gain revenue doing so.
Different solutions related to news aggregators, both legislative and market-led, are being tested at national level. We are closely looking into them and are analysing whether they deliver on their objectives."

It would thus appear that - following (in)famous experiences at the national level (read: Germany and Spain) - an EU-wide ancillary right over news content appeared be in sight, even just for consideration [here for a more recent take].

Article 5(3)(h) of the InfoSoc Directive allows Member States to introduce national exceptions/limitations to the rights harmonised by that directive to permit the "use of works, such as works of architecture or sculpture, made to be located permanently in public places".

This is the so called freedom of panorama, that over the course of the past year has passed from being a perfectly fairly unknown/neglected area of copyright to being a VERY big deal [here; here for a possibly unduly skeptical Kat-take on the issue], up to the point that the European Parliament EVEN voted against any related restriction [here].

In its Communication, the Commission wrote that it would "clarify the current EU exception permitting the use of works that were made to be permanently located in the public space (the ‘panorama exception’), to take into account new dissemination channels."

Now everyone can have his/her say on the correct approach to neighbouring rights and freedom of panorama. This is so until 15 June 2016.

Looking at the relevant questions, it would appear that all main stakeholders - including authors, rightholders, publishers, intermediaries, researchers, users and the general public alike - are part of the consultation horizon. This means that there is something for everybody.

Reviewed by Eleonora Rosati on Thursday, March 24, 2016 Rating: 5
The IPKat licenses the use of its blog posts under a Creative Commons Attribution-Non Commercial Licence.