Where has the patent troll gone?

Guest Kat Mike Mireles last week reported on partent trolls in terms of myth and metaphor. This Kat would like to explore the patent troll from a different angle. Is 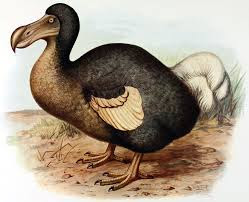 it this Kat’s misplaced impression, or has the issue of the patent troll (or in its more anodyne form—patent assertion entity or PTE) moved off center IP stage to at best a supporting role? Indeed, is it on a path of extinction as a patent agenda item?

Most Kat readers will recall the lavish attention paid to calls that the patent troll posed a threat to the integrity of the patent system. Mind you, the patent troll is the lawful owner of a patent who makes no use of the patented invention, but rather seeks to extract payment from third parties against the backdrop of a threat to sue if the third party declines the offer. As the golden age of patent system began to give way at the beginning of 21st century to increasing questions about the system’s ultimate efficacy and social value, the patent troll provided a perfect image to embody these concerns. Yes, trolling might be legal in a narrow technical sense, but it was an affront to the bargain between the inventor and the public to allow exclusive rights in a patented invention. Trolling was not what the patent system was meant to be.

Even after the U.S. Supreme Court in the eBay decision in 2006 curtailed the presumed right of the patentee to receive injunctive relief upon a finding of an infringement, the patent troll continued to be front and center in public discourse about what was wrong with the system. Most notably, the patent troll moved from posing a threat to individuals to constituting a threat in the aggregate to national and even international economic well-being. In particular, the claim was increasingly being made that patent trolls negatively impacted on innovation. Patent trolls were fingered as a material cause for the decline in innovation, and became the object of policy commentators both from the economics and intellectual property law communities.

The high point perhaps was the June 2013 White House Report, PATENT ASSERTION AND U.S. INNOVATION, which concluded in the Executive Summary, as follows;

“A range of studies have documented the cost of PAE activity to innovation and economic growth. For example: One study found that during the years they were being sued for patent infringement by a PAE [i.e., a patent troll], health information technology companies ceased all innovation in that technology, causing sales to fall by one-third compared to the same firm’s sales of similar products not subject to the PAE owned patent.

Another study found that the financial reward received by winning PAEs amounted to less than 10% of the share value lost by defendant firms, suggesting that the suits result in considerable lost value to society from forgone technology transfer and commercialization of patented technology.

History suggests that it should be possible to address these challenges.“

In November 2013, as this Kat previously reported, over 60 intellectual property professors sent a letter to the United States Congress, setting out their critique of the patent system and suggestions for reform. Inter alia, the letter discussed the negative aggregate effect of patent trolls on innovation, as follows--

“To be sure, PAEs can in theory play a beneficial role in the market for innovation and some undoubtedly do. However, empirical evidence strongly suggests that many PAEs have a net negative impact on innovation. Technology companies – which, themselves, are innovators –spend tens of billions of dollars every year litigating and settling lawsuits filed by PAEs, funds that these tech companies might otherwise spend on additional research and design.”

Based on these quotations, it would have seemed that patent trolls were poised to become a (the?) central patent policy issue of our time, engaging no less than the White House and the Congress and attracting wide-spread support by IP academics not usually known for herd-like thinking. After all, what is at stake, it appeared, is the state of US innovation and perhaps even the future of the US economy. But then, interest in patent trolls seems to have waned. 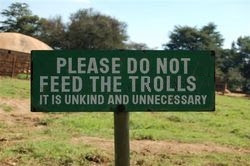 In considering this decline, this Kat first relies on his own anecdotal impressions. The subject of patent trolls seems to be less discussed at conferences, in the professional literature and in the press. In a word, there simply seems to be less buzz about the subject. Interestingly, as this Kat has suggested elsewhere, the poster child for the risks (or opportunities) in the potential for scaling-up patent trolling, namely Intellectual Ventures, seems to have a significantly lowered public presence. Whether a cause or effect of the more general decline of the patent troll is an interesting question. Moreover, this Kat wonders whether the difficulty in defining what is meant by a patent troll has also contributed to this decline. (See pages 22-49 for a discussion of this problem.) When there is no broad consensus on what is being discussed, the ability to offer meaningful policy prescriptions becomes more limited. Perhaps the claim that patent trolls are a drag on innovation is simply an empirical bridge too far that will not (cannot?) yield meaningful results. Or maybe there is simply less patent trolling, whatever that means.

Myth, metaphor, rhetoric or substance—Kat readers can decide for themselves.
Where has the patent troll gone?

Reviewed by Neil Wilkof on Sunday, March 13, 2016 Rating: 5
The IPKat licenses the use of its blog posts under a Creative Commons Attribution-Non Commercial Licence.