Never too late: if you missed the IPKat last week 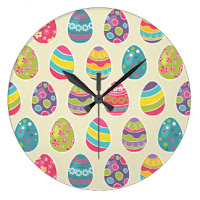 Did you miss the IPKat last week? Here’s a summary of what happened on this very blog:

* R.I.P. the Business Model? Biz Jargon
In the world of business strategy, jargon and buzz words are a handy currency. By using jargon, the speaker signals that they belong to a particular group and are in-the-know. Are business models simply jargon, wonders Nicola?

* Economic incentives for IP mediation: the launch of the Mediation Promotion Scheme in Singapore
The Intellectual Property Office of Singapore (IPOS) is about to launch a brand-new ADR named "Mediation Promotion Scheme". It will “encourages parties in IPOS proceedings to choose mediation by funding the process, so that more can experience mediation as an attractive alternative to a hearing at IPOS for resolving their disputes satisfactorily”. An interesting law-and-economic experiment, comments Neil.

* AIPPI Rapid Response: Has the UK Supreme Court gotten Community design rights all wrong in Trunki?
A couple of weeks ago, news of the UK Supreme Court's decision in the Trunki Community registered design battle spread like wildfire across Europe, with many claiming it was the end of innovative design protection [see IPKat post here].  Ever responsive to the latest IP developments, the UK Group of AIPPI arranged a Rapid Response seminar with the counsel of the losing and winning teams to share their perspective of the most talked-about decision of 2016 (so far).  Tom Edwards (A&O) reports.

* BREAKING: UK Supreme Court to hear Actavis v Lilly pemetrexed battle
The Supreme Court has just published its list of cases that it will be hearing (or not) on appeal.  Among the list are two parties that are frequent users of the English judicial system, informs Annsley.

* EU Commission launches public consultation on neighbouring rights and freedom of panorama
After the public consultation on the review of the Satellite and Cable Directive [here], after that on online intermediaries and platforms and that on the Enforcement Directive, now it is the turn of neighbouring (ancillary) rights and freedom panorama to be openly discussed in view of a possible reform. Eleonora reports.

* Life as an IP Lawyer: San Francisco, California
Annsley inaugurates a new Katcolum dedicating to the next generation of global IP lawyers. In this first episode, she has travelled almost 6000 miles west to San Francisco, California, where IP litigator Guinevere Jobson  at the leading West Coast firm of Fenwick & West tackles copyright litigation, Silicon Valley "casual" dress codes and a dream of working in Germany.

* Check, but not checkmate - Agon sues for infringement of broadcasting rights of chess match
Unlike other sports, the broadcast of a chess match is executed by near-instantaneously replicating players’ moves on graphic boards, as the players compete. Until recently, many websites around the world would transmit the players’ moves. The organiser of the World Chess Championship was not happy with that, and has just sued four websites that broadcast the live matches, claiming a violation of its broadcasting rights. Emma tells all.

* Why having a trade surplus in IP may not be such a good thing
While IP trade flows may not have any immediate impact on IP practice, they point to longer-term trends that should be of concern to the IP community, namely that IP is threatened with being lumped together with other factors that are claimed by some as responsible for the increasing social and economic inequality that has come to dominate public discourse. We ignore this issue at our collective peril – and we should not, says Neil.

PREVIOUSLY, ON NEVER TOO LATE

Never too late: if you missed the IPKat last week

Reviewed by Alberto Bellan on Monday, March 28, 2016 Rating: 5
The IPKat licenses the use of its blog posts under a Creative Commons Attribution-Non Commercial Licence.